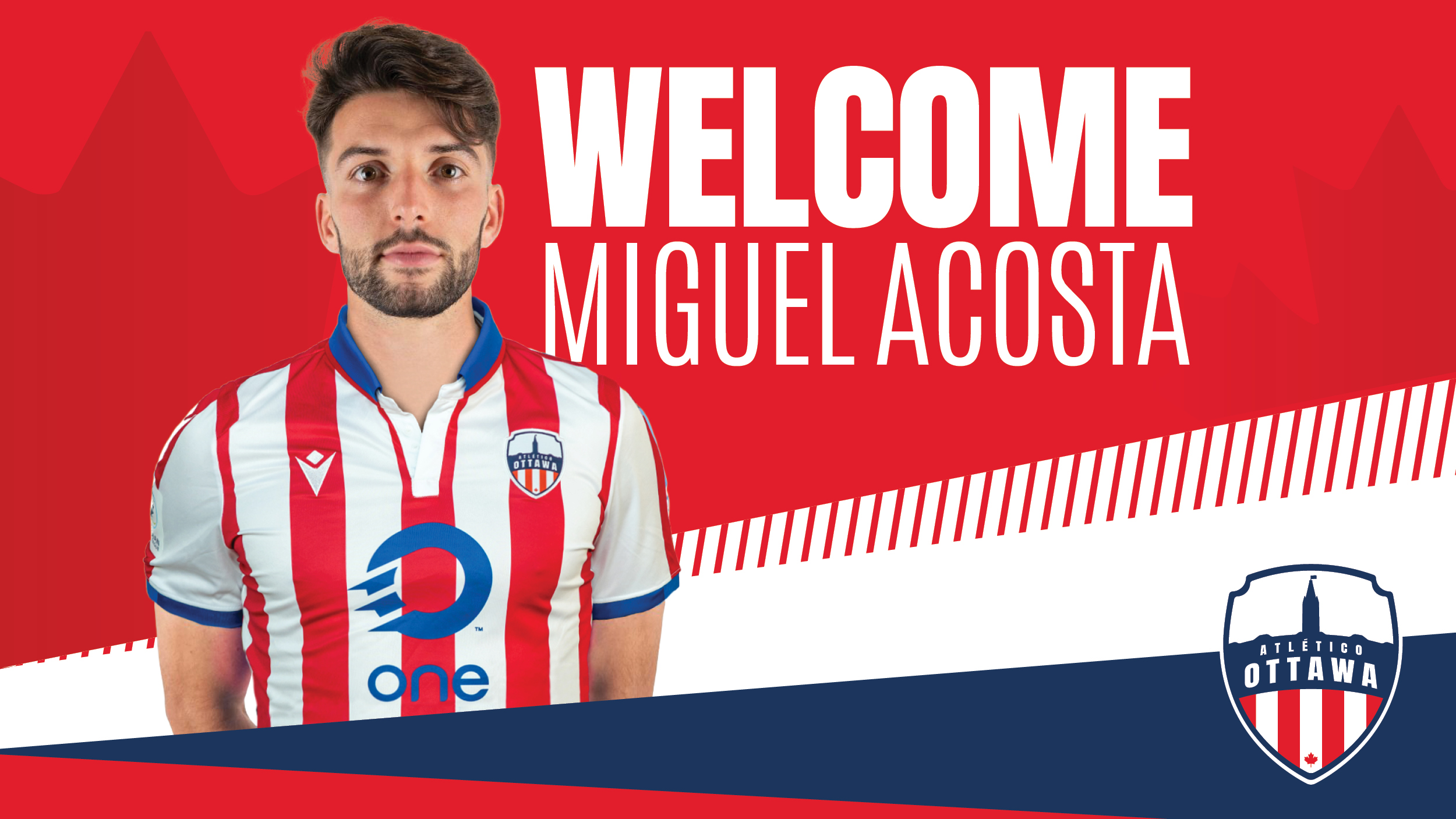 Ottawa, ON (May 20, 2021) – Atlético Ottawa announced today that Spanish Fullback Miguel Acosta has signed with the club.

The 23-year-old joins Atlético Ottawa from Segunda División B – Group 1 side Club Deportivo Atlético Baleares where he made 12 league appearances in the 2020/2021 season.

“I am delighted to participate in this amazing organization. It is a new and exciting challenge for me, and I take it with great enthusiasm. I am so proud to belong to this club and I can’t wait to get in front of the fans to feel the support,” says Miguel Acosta, Atlético Ottawa, Fullback.

In 2017, Acosta joined Getafe Club de Fútbol B the reserve club of LaLiga side Getafe CF. He remained at the club until the end of the 2019/2020 season.

“Miguel is an experienced young player that fills a gap for us on the right side of the defense. He is a player that is familiar to us through the Atlético de Madrid system. We are looking forward to having some young Spanish talent take the field in Ottawa at TD Place,” says Fernando Lopez, CEO, Atlético Ottawa.

“Miguel is a very fast and versatile young player; he has experienced a lot in Madrid and Spain through his career so far. He will surely help us increase the technical level of the team,” says Mista, Atlético Ottawa, Head Coach.