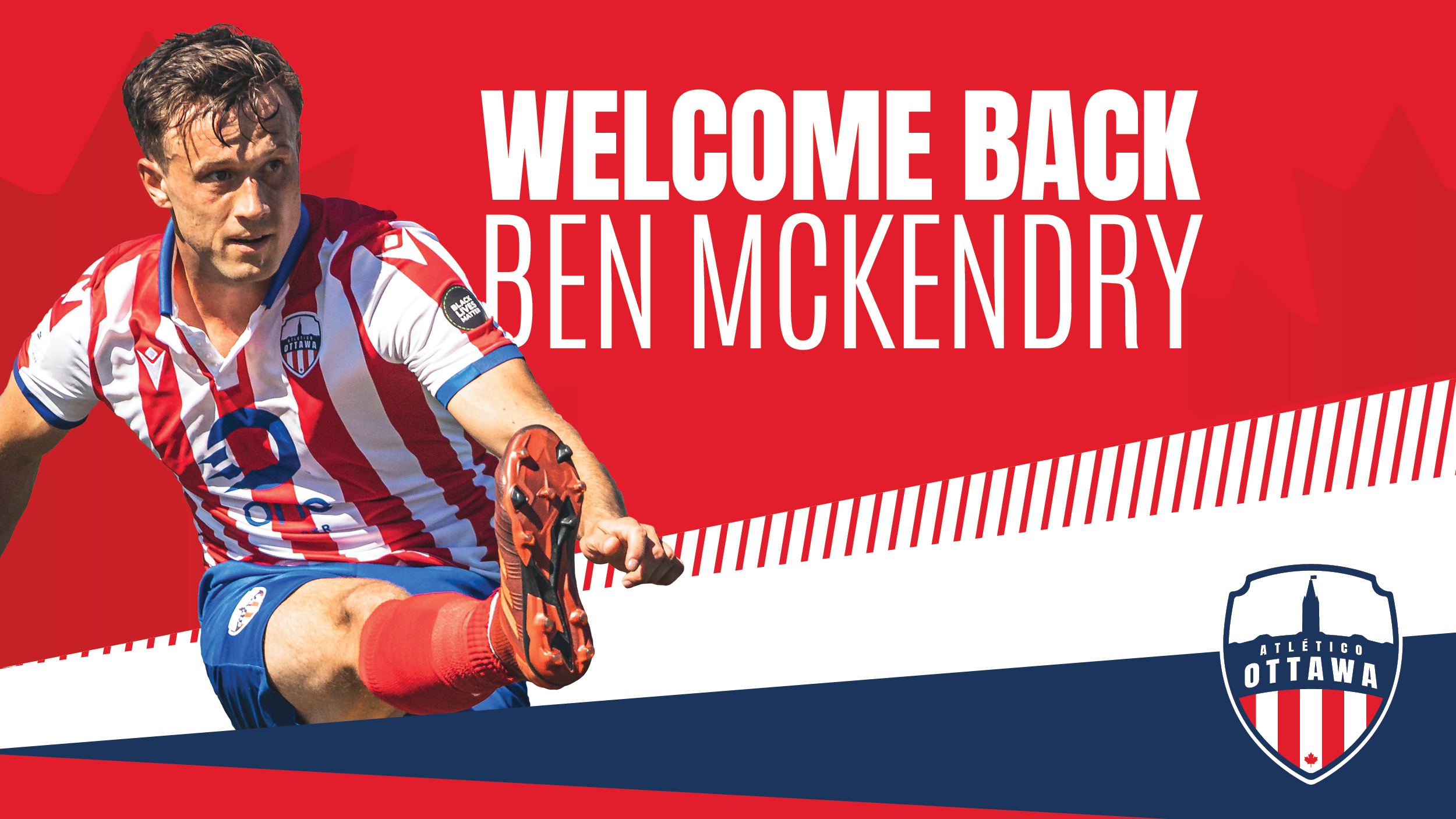 Ben joined Atlético Ottawa just prior to the 2020 Canadian Premier League Season but had an impactful campaign. He started four times, appearing in all seven matches and is credited with completing more tackles per 90 minutes than any other CPL midfielder (6.04) at the Island Games, according to sportlogiq.

McKendry last played for Nyköpings BIS of the Swedish third division scoring once in nine appearances in 2019. Ben is an experienced professional making over 100 professional appearances since 2015. He has also represented Canada at the international level making four appearances including one as a senior.

“We are thrilled to have Ben McKendry back for the 2021 season. He joined our club late in 2020 and proved to be a pivotal player for our squad at the Island Games. Based on his experience, his commitment and hard work, we know he will be an important piece to take our team to the top,” says Fernando Lopez, Atlético Ottawa CEO.

“After my experience at the Island Games with Atlético Ottawa, it was an easy decision to return to the club. We are building something special in the capital. I am relishing the opportunity to represent Atlético Ottawa for the 2021 season. I look forward to getting started with the team and meeting all of our supporters,” says newly re-signed Atlético Ottawa midfielder, Ben McKendry.

“Ben is one of the smartest players I have ever met on the field, I am happy to coach him again this year. He is a true leader and we will look for him to be a part of our core leadership group,” says Atlético Ottawa Head Coach, Mista.

Ben McKendry joins Brandon John and Malcolm Shaw as the third player to be announced for the 2021 CPL season.