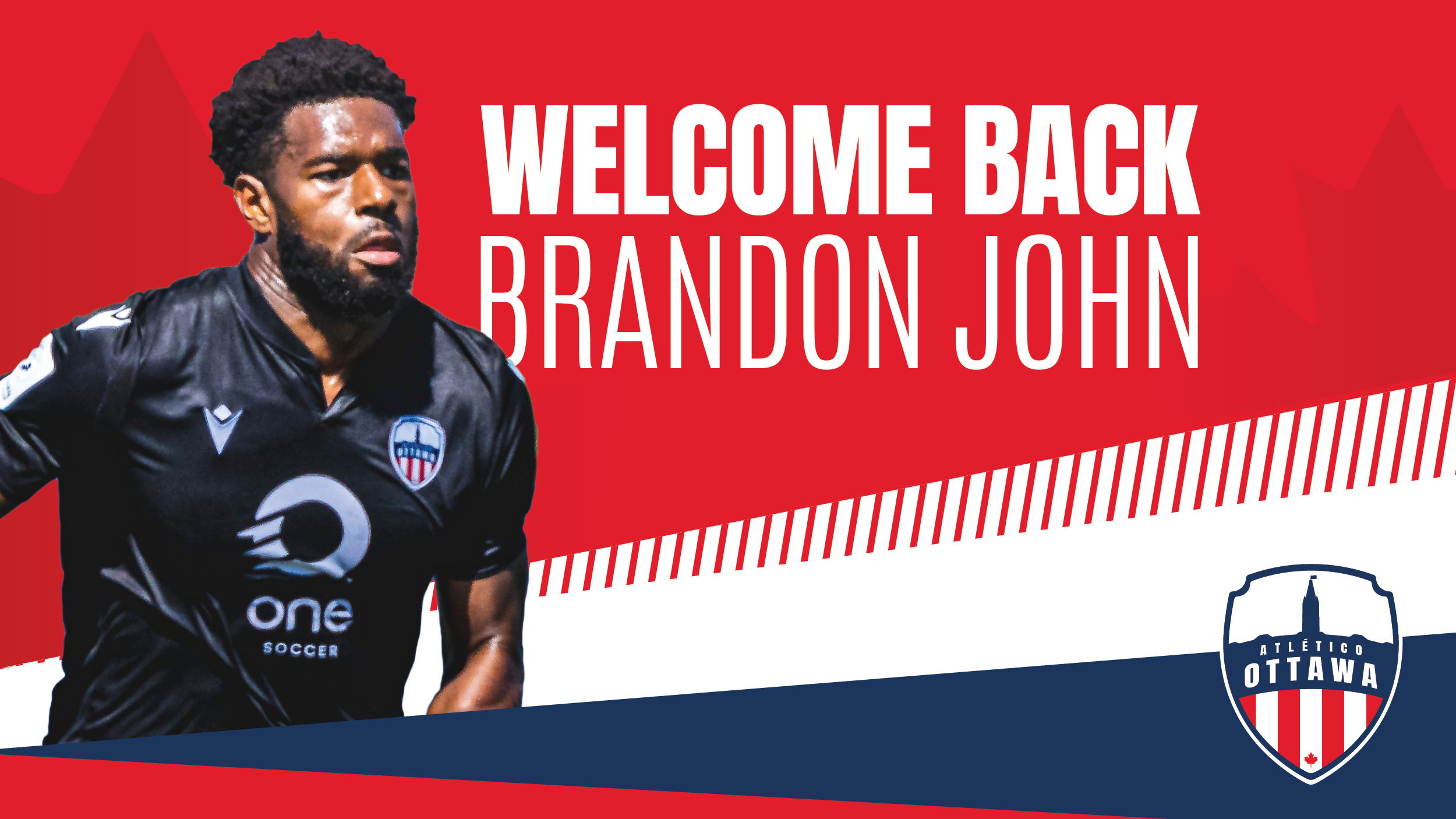 John is a 26-year-old born in Saint Vincent and the Grenadines, who moved to Scarborough, Ontario at a young age. He played in Germany and the United States with Orlando City B in USL League One, before signing with Atlético Ottawa prior to the 2020 Canadian Premier League Season.

Brandon was an anchor on the backline making seven appearances at the Island Games. John started every match at the Island Games and played all but 12 minutes in his first season in the Canadian Premier League. John was able to solidify himself as a formidable defender in the CPL.

“Brandon is an experienced player that brings stability to our defense. His performances were very solid at the Island Games and he was one of the pillars in the locker room. I am sure with his character and leadership he will be able to direct our team again. We are excited to bring him back for the 2021 season and continue to build on the inaugural season,” said Fernando Lopez, Atlético Ottawa CEO.

“After seeing the support from the fans to have us back playing in Ottawa and speaking with the staff about the kind of team they’re trying to build here, I don’t think there is a more exciting place to play in the CPL,” said Brandon John, Atlético Ottawa centre-back.

“Brandon John is essential to our backline and had a great performance in his first year in the CPL. Brandon has demonstrated his commitment to the team and I have no doubt he will be one of CPL’s best centre-backs,” said Mista, Atlético Ottawa head coach.

Brandon John has joined Malcolm Shaw as the first two players to be announced for the 2021 CPL season.