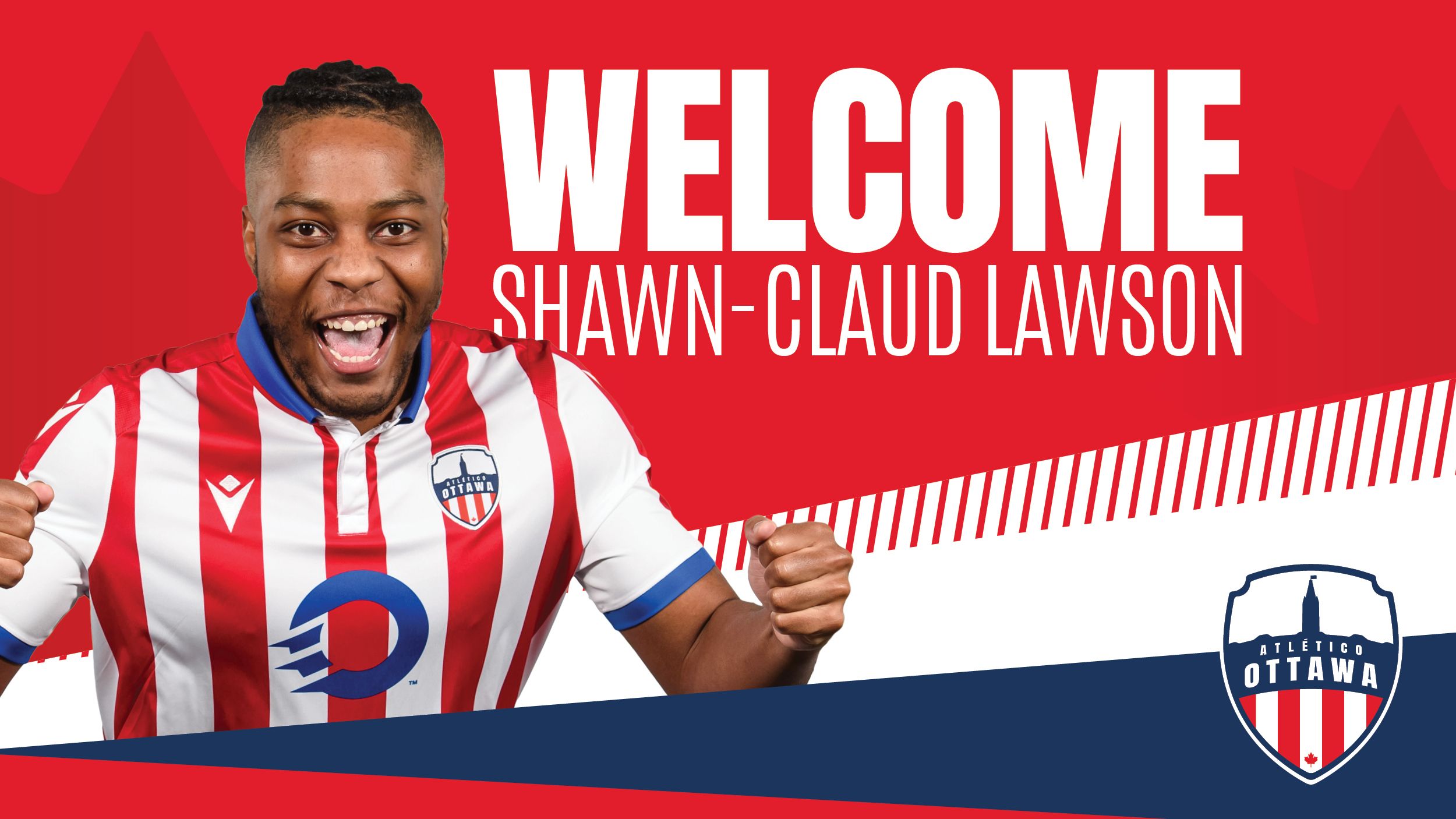 Lawson is the Detroit City FC all-time leading scorer (51), has the record for most goals scored in a single season for DCFC with 19 goals (2019) and was named the DCFC Black Arrow Award winner (2019) for team MVP.

“I am super excited to get started in Ottawa! My teammates and I are ready for the year and challenge ahead of us. Our hard work and concentration will bring success to our club and the nation’s capital,” says Shawn-Claud Lawson, Atlético Ottawa, Striker.

Born in Scarborough, Ontario and raised in Ajax, Lawson played youth soccer for nine months in the top tier Dutch side Feyenoord FC Academy. Shawn-Claud returned to Canada and continued youth soccer with the Ajax Soccer Club, where he won the 2011 Ontario Cup and Canadian National Club Championship.

Lawson represented the Jamaican U17 national team at the 2011 FIFA U-17 World Cup in Mexico where he made one start.

Lawson played with the Oakland University Golden Grizzlies for four seasons from 2012 – 2015, making 78 appearances as a forward and midfielder. He scored eight times and added seven assists. He was named to the All-Horizon League first team (2014) & second team (2015). Lawson and The Golden Grizzlies took home the Horizon League championship in 2014 and 2015.

In 2013, he played his first match with Detroit City FC then in the National Premier Soccer League (NPSL). He would join the club in the summers throughout his university career signing as a full-time player in the 2016 season. He went on to win the NPSA Northwest Region Championship (2017) and NISA Fall Tournament Championship (2020).

“Shawn-Claud is an experienced winner and has a high soccer IQ. He is a very skilled player, versatile and a good shooter. He adds significant depth to our forward group and has proven he knows how to put the ball in the back of the net,” says Fernando Lopez, CEO, Atlético Ottawa.

“Shawn-Claud is a very complete player; he has the ability to play various positions all over the field. He has an eye for goal and can score with ease,” says Mista, Atlético Ottawa, Head Coach.