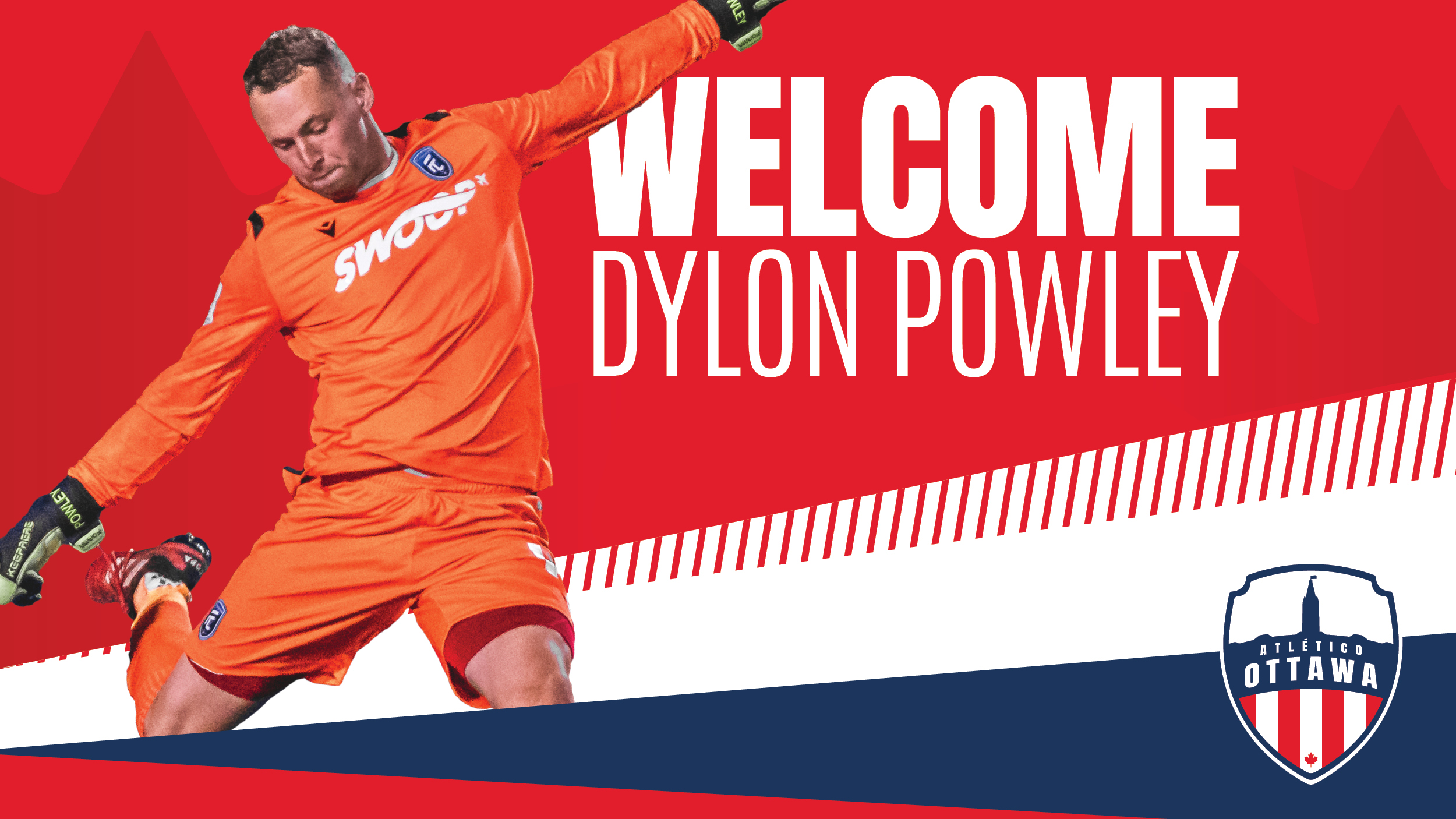 Ottawa, ON (April, 8th 2021) – Atlético Ottawa is excited to announce the signing of Canadian goalkeeper Dylon Powley. The 24-year-old joins from FC Edmonton where he appeared in seven Canadian Premier League and two Canadian Championship matches since 2019.

Powley grew up in Edmonton, playing youth soccer with Edmonton Juventus and the Edmonton Drillers. He joined the MacEwan University Griffins and spent time with Calgary Foothills FC.

In 2018, Dylon made 19 league appearances for FC Gute in the Swedish fourth division, including one appearance in domestic competition, the Svenska Cup.

“Dylon is a great young keeper that is ready to take the next step in his career. He has an imposing presence from the back and is strong on his feet. We look forward to continue working with him, his development and his growth within our club,” says Fernando Lopez, Atlético Ottawa, CEO.

“Powley is a goalkeeper who will help us a lot in our build up and passing game from the back. He has great footwork, we will look to take full advantage of that,” says Mista, Atlético Ottawa, Head Coach.

“It is hard to put into words what the opportunity to play for Atlético Ottawa means to me. It is going to be a big challenge for me, but I know I am ready, and I cannot wait to get the season underway. I am excited to meet the fans and engage with the community in Ottawa, in the city I will now call home,” says Dylon Powley, Atlético Ottawa, Goalkeeper.

Dylon Powley is the 12th  player announced for the 2021 CPL season. He joins fellow Canadians Chris Mannella and Keesean Ferdinand as new signings for Atlético Ottawa.