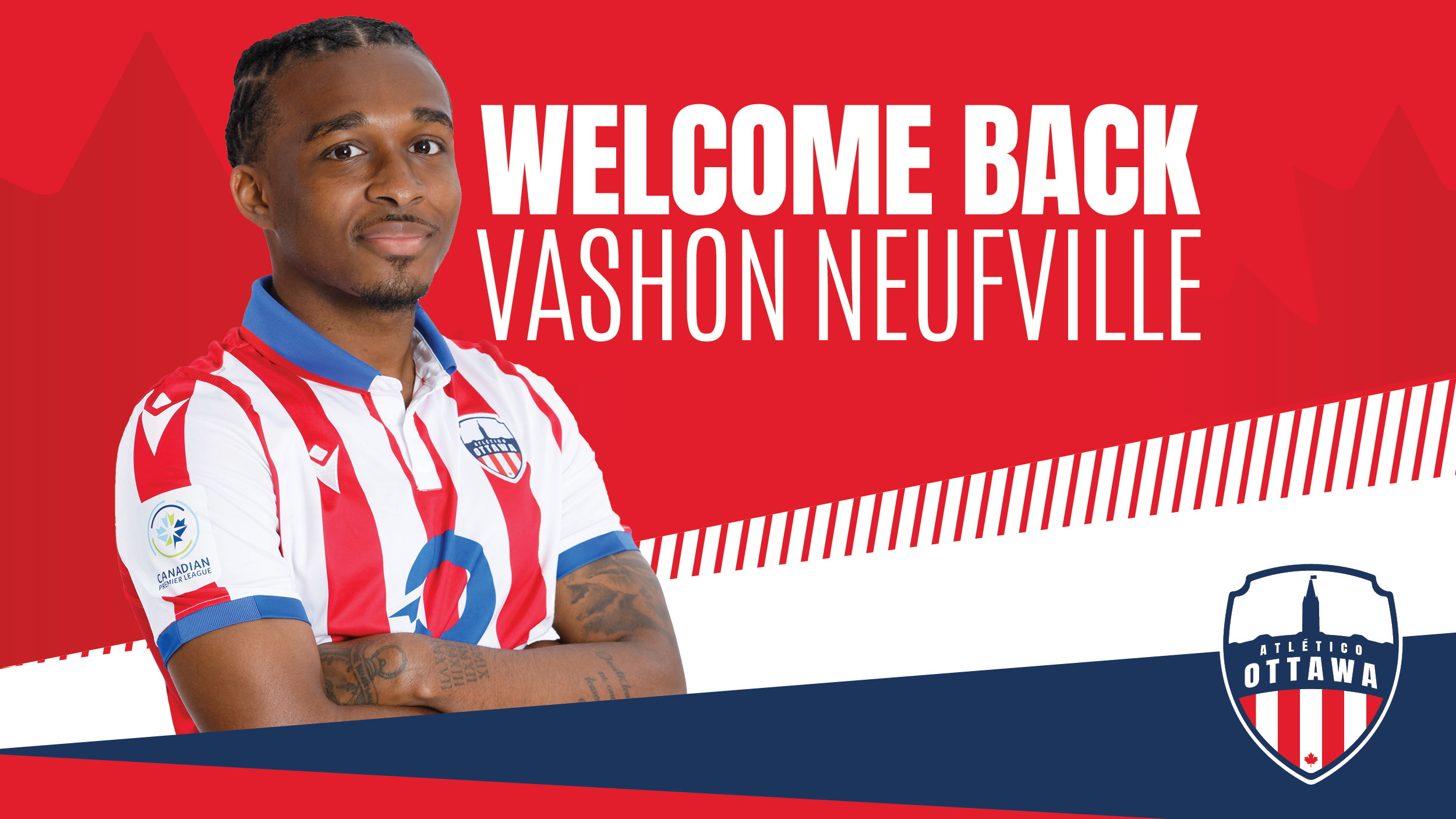 The 21-year-old left-back returns to the nation’s capital after making five appearances during the 2020 Canadian Premier League season. Vashon made a statement in the inaugural Atlético Ottawa match assisting on the clubs first goal in franchise history. Neufville played 240 minutes for Atlético in 2020.

Vashon appeared in five matches out of a possible seven at the Island Games, missing one due to suspension and the other due to knock picked up in game three. He provides an attacking presence down the left side and is strong defensively.

Neufville joined Chelsea’s youth system before moving to the legendary West Ham academy signing his first pro contract at the age of 17. He made his professional debut for Newport County in League Two.

“Vashon was an important piece to our starting eleven at the Island Games. He was able to establish himself as a strong presence on the left flank and it allowed us to attack from the wings. It is important for us to bring in the players we know will enable us to create chances and play an exciting style,” says Fernando Lopez, Atlético Ottawa, CEO.

“Last season was a very difficult experience for me, there was a lot of unknown surrounding the season. I was thousands of miles away from home for the first time but with the help of my teammates and the staff at Atlético Ottawa this transition was made much easier. That is what makes this such an easy decision for me to continue with the club and carry on progressing. I can’t wait to finally get to meet all our supporters,” says newly re-signed Atlético Ottawa defender, Vashon Neufville.

“Neufville has already shown at the Island Games that he can be one of the best fullbacks in the Canadian Premier League. He is eager and we are very excited about his performance during the shortened season,” says Atlético Ottawa Head Coach, Mista.

Vashon Neufville joins Ben McKendry, Brandon John and Malcolm Shaw as the fourth player to be announced by Atlético Ottawa for the 2021 CPL season.