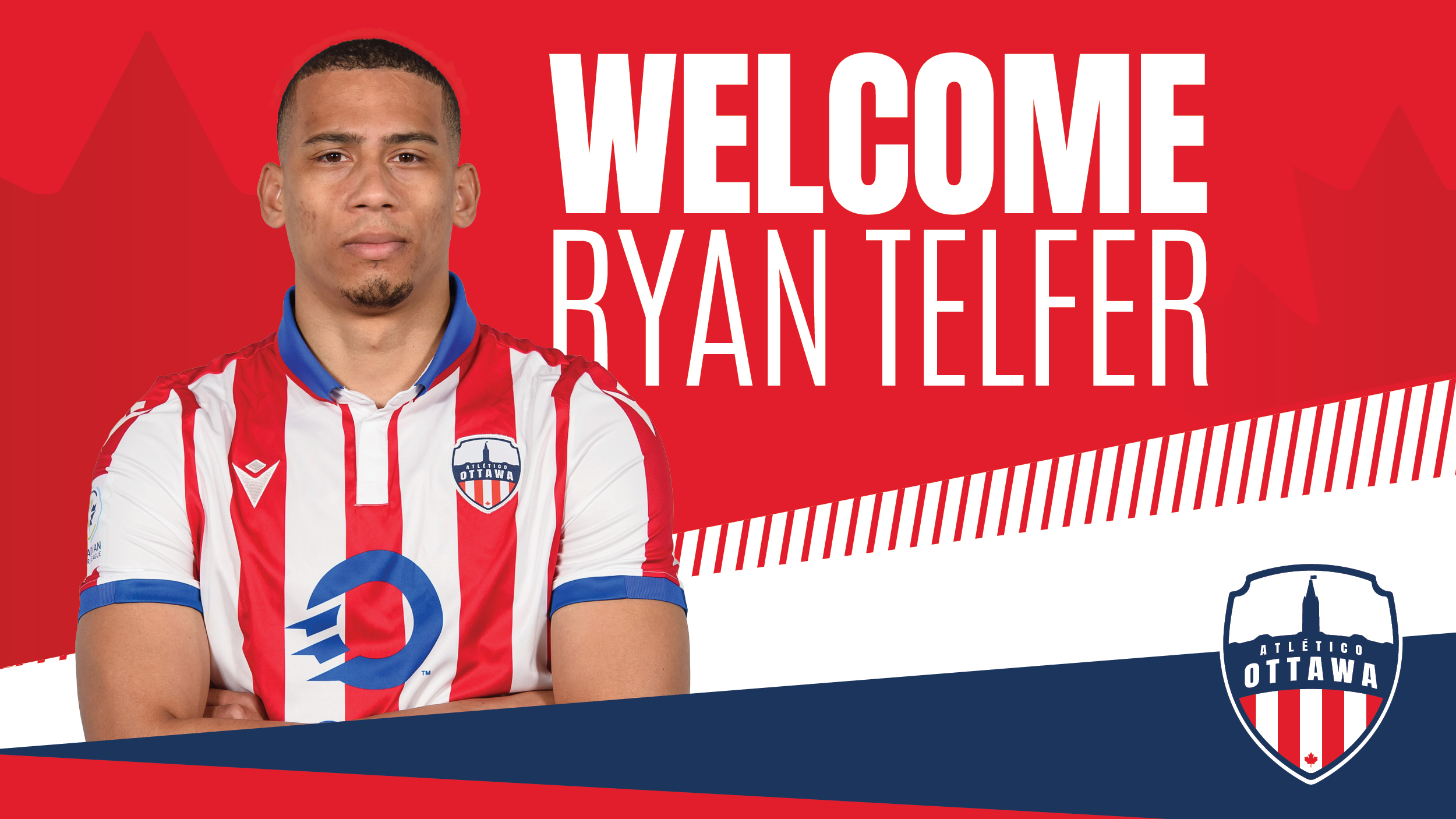 Ottawa, ON (April 20, 2021) – Atlético Ottawa is excited to announce the signing of 27-year-old Canadian and Trinidad and Tobago International Winger, Ryan Telfer.

Ryan, 27, was born in Mississauga, Ontario and raised in Trinidad and Tobago. He returned to Canada and continued youth soccer with Erin Mills Eagles. He went on to play at York University where he won an Ontario University Athletics (OUA) and Canadian Interuniversity Sport (CIS) championship (now U SPORTS).

Ryan played with League1 Ontario side Vaughan Azzurri in 2016 and in 2017, signed with Toronto FC II (USL Championship) and made 38 appearances scoring one goal and adding one assist.

In 2018, Telfer signed with Toronto FC (MLS) and made 19 appearances across all competitions scoring one goal and adding two assists. Ryan scored his first and only MLS goal, a game winner against Orlando City FC, on May 18th, 2018.

Ryan Telfer is known for his speed down the wing, ability to create chances and eye for goal. Telfer represents Trinidad and Tobago at the international level. He has eight caps since 2019 and has scored four goals.

“Ryan is someone who brings a lot of experience and leadership to our Club. He is one of the top players in the Canadian Premier League. We believe he brings a lot of skill to our team and we will look for him to contribute to achieve our objectives. Telfer encompasses the values of what it means to be a member of the Atleti family,” says Fernando Lopez, Atlético Ottawa, CEO.

“We had an idea of what we were getting when we signed Ryan, but he has exceeded our expectations and impressed with his physical and technical quality. Our fans should look forward to what he brings to our club,” says Mista, Atlético Ottawa, Head Coach.

“I am excited for this new chapter. Joining a new club is not something you can do every year especially one with the history of the Atlético family. I am ready to give the fans in Ottawa everything I have to win,” says Ryan Telfer, Atlético Ottawa, Winger.