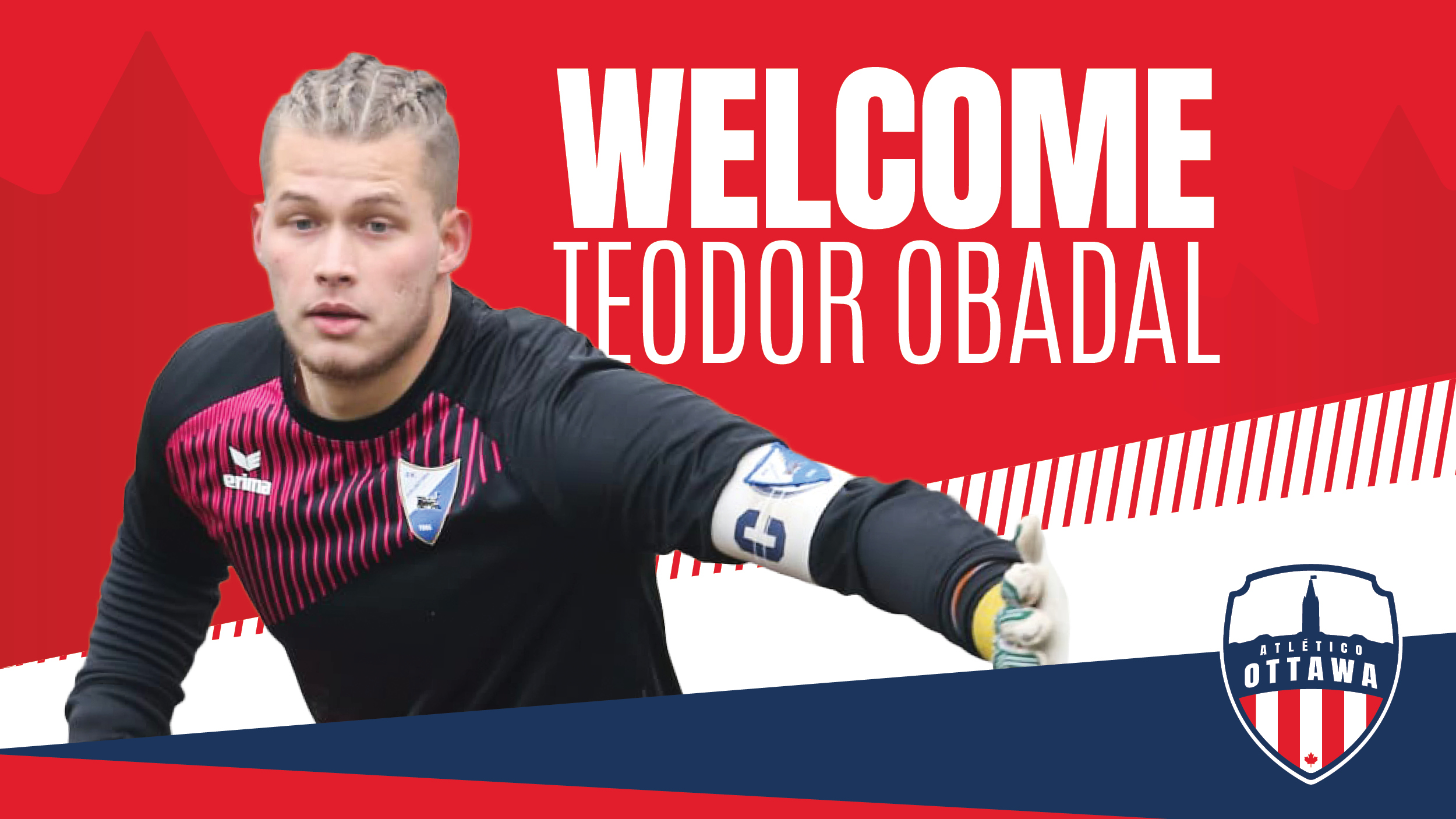 Obadal, 19, was born and raised in Belgrade, Serbia, the capital and largest city in Serbia. He has Canadian citizenship through his mother who was a long-time resident of Canada.

Teodor joined the FK Lokomotiva Belgrad academy at nine years old, later he left to join the academy of Serbian top tier side FK Čukarički where he stayed for three years.

Obadal returned to FK Lokomotiva Belgrad when he was 14 years old and made his debut for the senior team at 16 years old, making more than 70 professional appearances for the third-tier side. He was named captain for his final season in 2020.

“Teodor is a young player that has played professionally since he was 16 years old in Serbia. He is someone our staff can train and grow him into an outstanding keeper for our club,” says Fernando Lopez, Atlético Ottawa, CEO.

“Teodor brings a wealth of experience for such a young player. He has strong reflexes, and our staff is excited to see him grow into the player we know he can be,” says Mista, Atlético Ottawa, Head Coach.

“It means a lot for me to join Atlético Ottawa, as a young goalkeeper I see this as a big opportunity to improve and grow as a player. I can’t wait to get to Ottawa, meet the fans and see the city,” says Teodor Obadal, Atlético Ottawa, Goalkeeper.