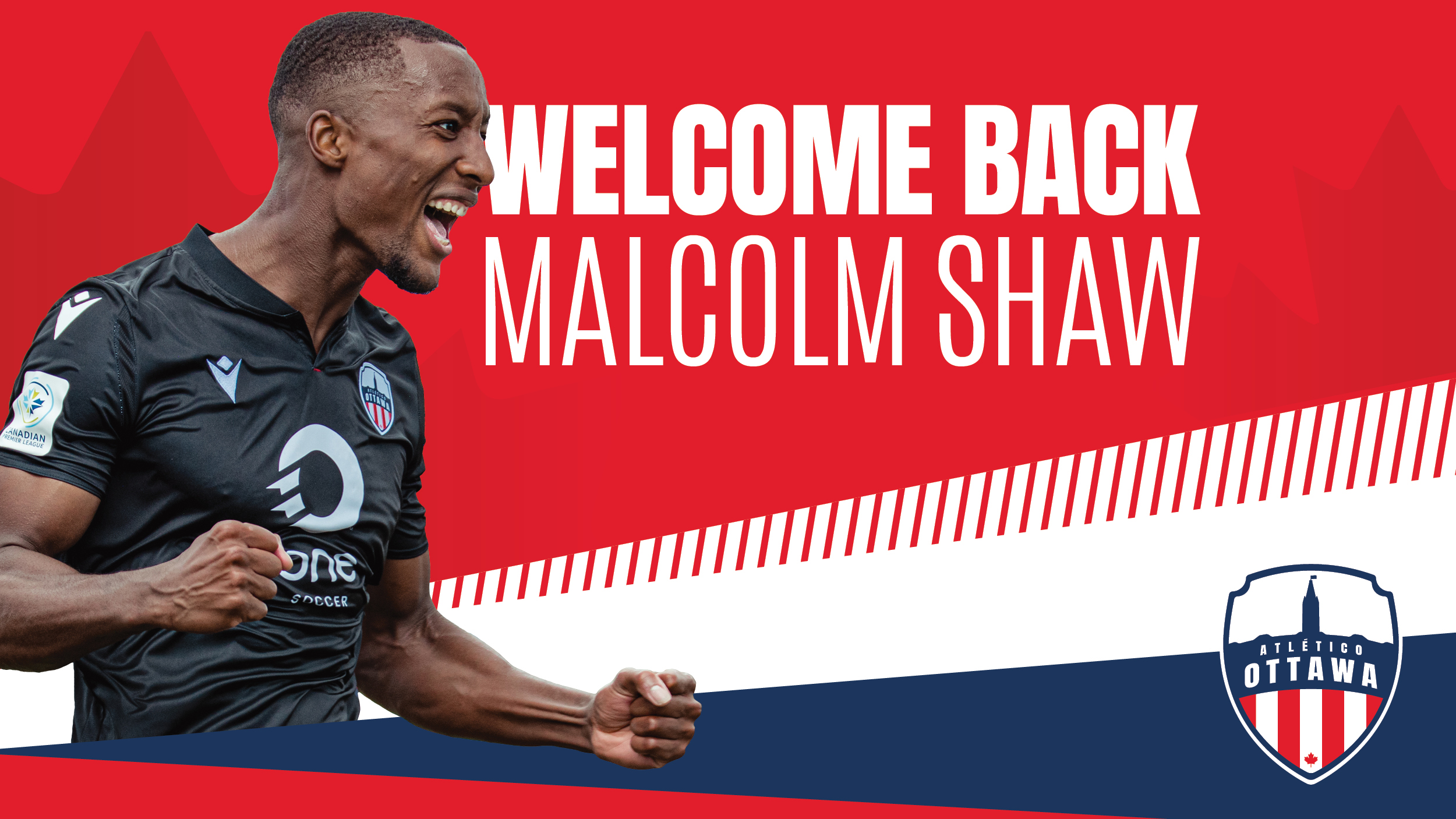 The Pickering, Ontario native stood out in the 2020 season scoring two goals and playing in all seven matches at the 2020 Island Games season. Shaw was a formidable target in the box and showed his finishing ability when given the chance.

Shaw had a career highlight reel moment in 2020 scoring the OneSoccer goal of the year at the Island Games (can be seen at the 1:00 mark).

Malcolm Shaw returned to Canada in 2020 after plying his trade for Assyriska Turabdin IK in the third division in Sweden in 2019. Shaw made 24 appearances for the Swedish side in 2019, scoring five goals and adding four assists.

“Malcolm provided stability in the final third throughout the Island Games in 2020. He is a young man that carries himself with great character and maturity beyond his years. His re-signing will be beneficial to continue building the culture and chemistry the club began to establish in a shortened 2020 campaign.” Says Atlético Ottawa CEO, Fernando Lopez.

“Malcolm Shaw is a very important player for us and performed well at the Island Games. I believe Malcolm is poised to be one of the leading forwards in the CPL with his quality.” Says Mista, Atlético Ottawa Head Coach.

Malcolm shared a short video with Atlético Ottawa fans. Shaw is the first player to be announced for the 2021 season.