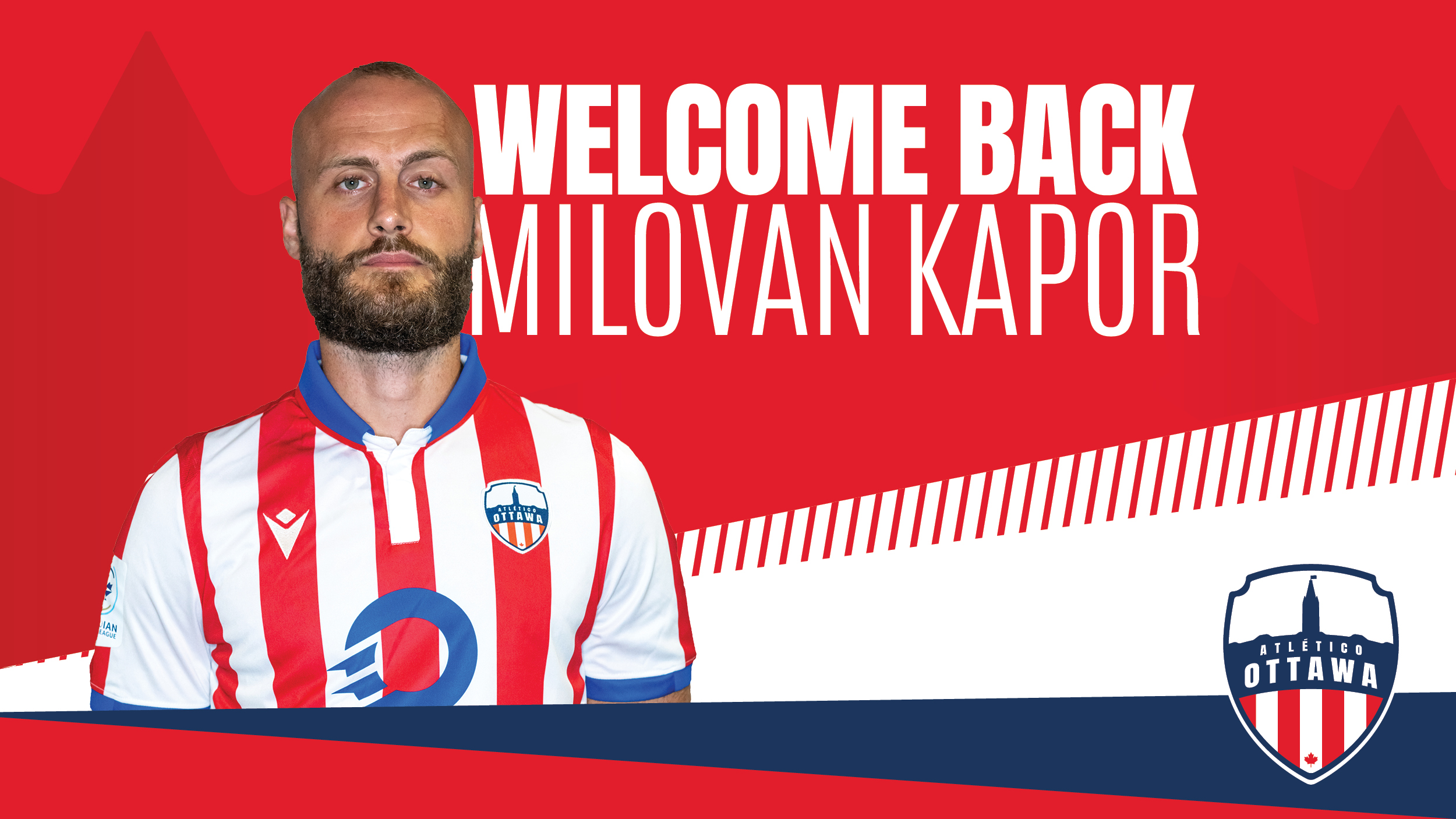 Ottawa, ON (February 18th, 2021) Atlético Ottawa are excited to announce that Canadian defender Milovan Kapor has re-signed with the club for the 2021 season.

Kapor, 29, joined Atlético Ottawa as a last-minute edition just prior to the Island Games. He started in six out of seven matches, playing 495 minutes, missing one match due to suspension because of a red card. He cemented his strong performance by leading the club in three categories, clearances (26), headed clearances (12) and blocks (6).

Milovan is an experienced defender that has racked up over 120 professional appearances. He has played mostly in Europe including Slovakia, Israel and Belarus.

Kapor most recently suited up in Uzbek Super League where he played for FK Buxoro, appearing in 15 matches.

“Milo was a key piece to our team at the Island Games. In a very short period, he was able to overcome a difficult personal situation to join our team and become one of the silent captains of the locker room. I have plenty of confidence in him and I am sure with his commitment, maturity and experience he will lead our team to great achievements,” says Fernando Lopez, Atlético Ottawa, CEO.

“Milovan is very strong on the defensive side of the ball and is an intelligent player. He has shown he is one of the leaders of this team on and off the field. He will be one of the voices we need from our backline,” says Mista, Atlético Ottawa, Head Coach.

“I am super happy and grateful to be returning to this great club. Last year was a difficult year, with the shortened season and being away from family while in the bubble in Prince Edward Island. I look forward to building on the successes we had in 2020 and getting a full season in the Canadian Premier League under my belt,” says Milovan Kapor, Atlético Ottawa, Defender.