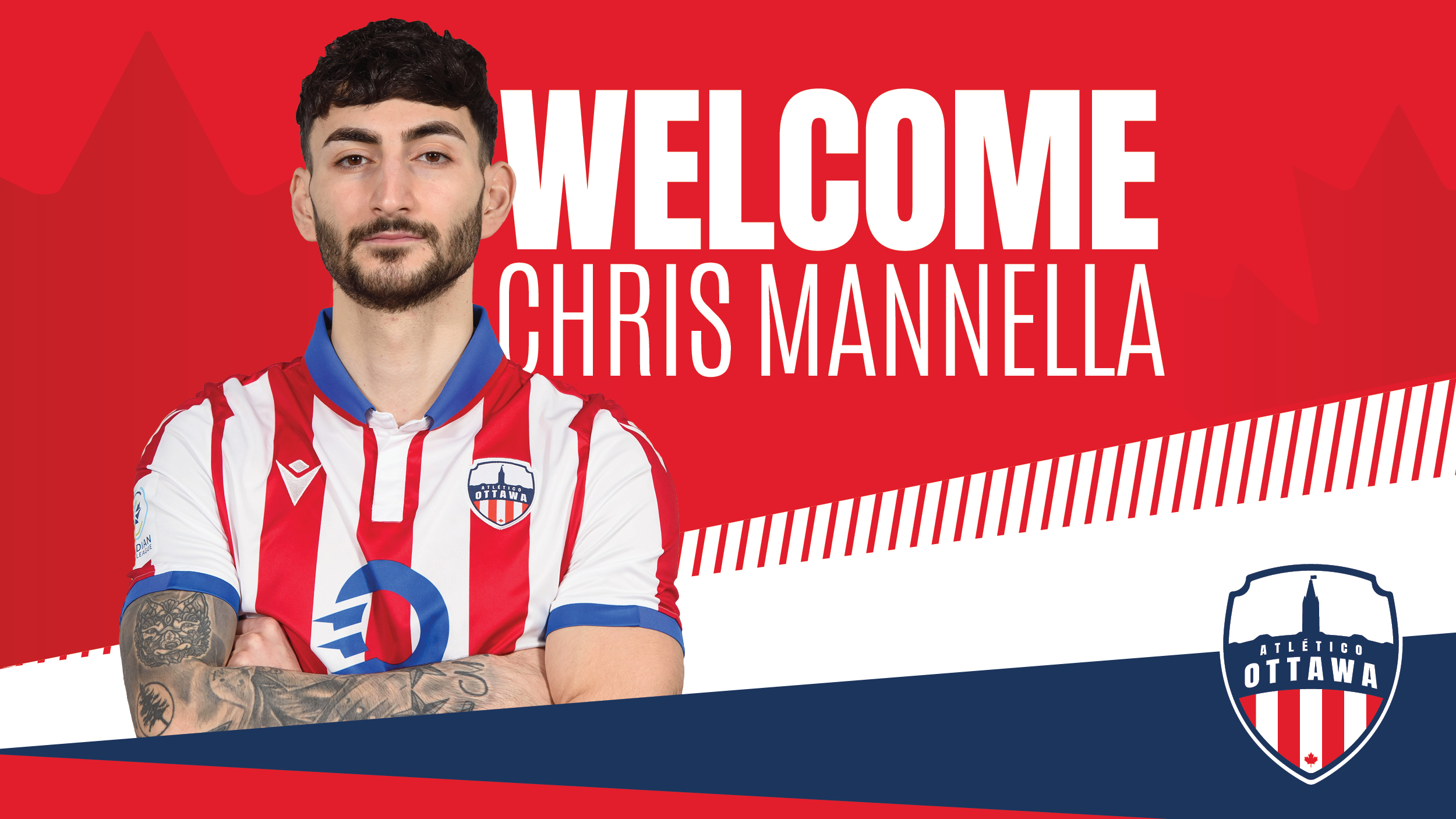 Ottawa, ON (April, 6th 2021) – Atlético Ottawa is thrilled to announce the signing of Canadian Midfielder Chris Mannella. The 26-year-old joins the club from York United FC (formerly York9 FC) where he was limited to two appearances at the 2020 Island Games due to injury.

In 2017, Manella moved on from Toronto FC and joined League1 Ontario side Vaughan Azzurri where he made 15 appearances scoring twice. He was named to the Second All-Star Team upon completion of the season.

In 2018, he signed with the now defunct Ottawa Fury FC (USL Championship). He remained with the club through 2019 up until they ceased operations. He managed 68 appearances across all competitions landing him 8th all-time in Ottawa Fury FC history.

“Chris is someone we have had our eye on since the launch of the club. He has a history with the fans in Ottawa and he is a quality player. We will have strong competition for spots in our midfield and we are excited to see what Chris can bring to the field for our club,” says Fernando Lopez, Atlético Ottawa, CEO.

“Chris Mannella is proving to be one of the top players in this league. He fits perfect with the values of our club and we can’t wait for him to take the field at TD Place in Ottawa,” says Mista, Atlético Ottawa, Head Coach.

“I couldn’t be more excited to be back in the nations capital. The city of Ottawa has always felt like a second home to me. In addition, the chance to work under a coach like Mista for a club with the backing of Atlético de Madrid made joining Atlético Ottawa a very easy decision,” says Chris Mannella, Atlético Ottawa, Midfielder.