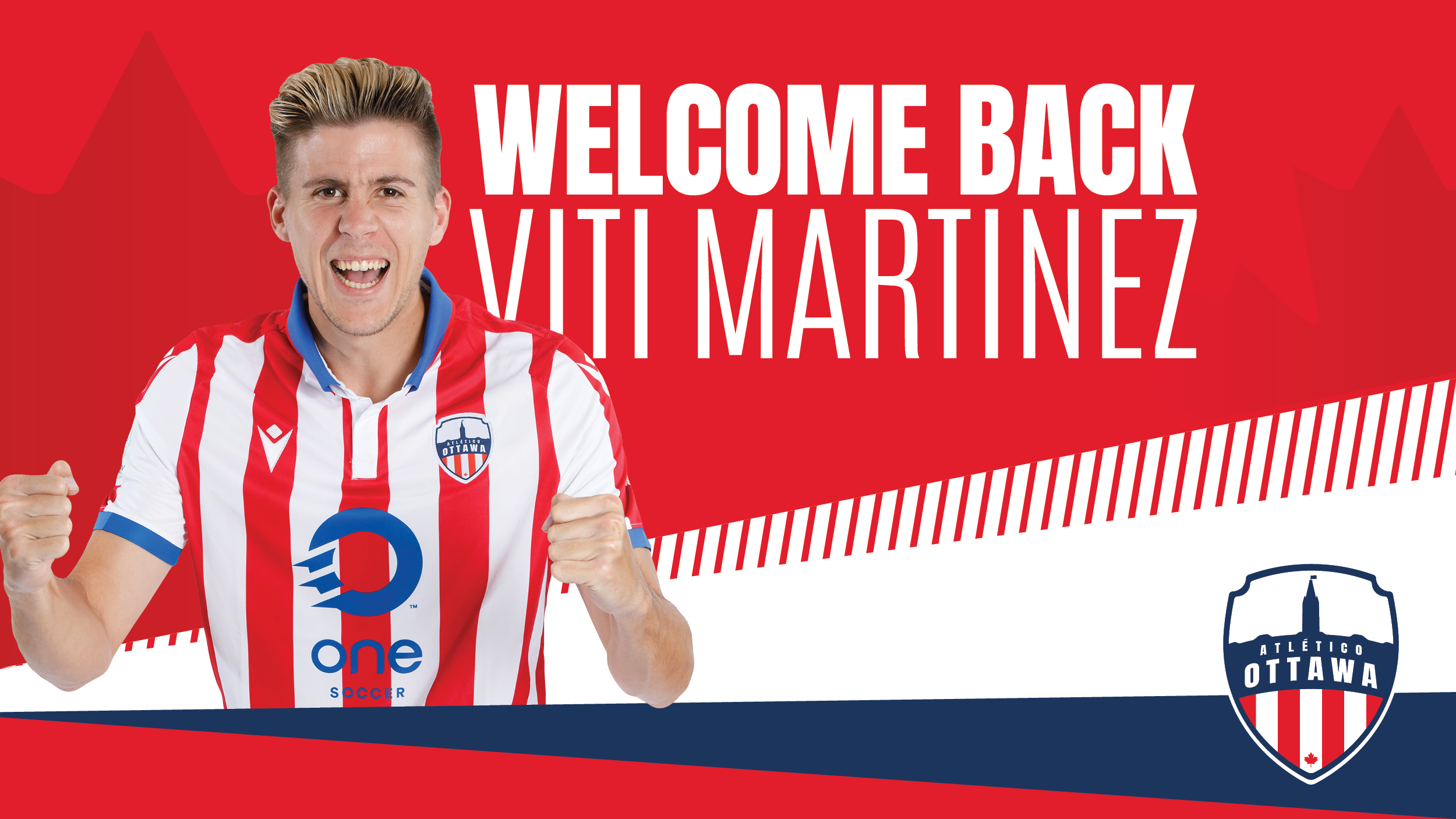 Ottawa, ON (February 16th, 2021) Atlético Ottawa is happy to announce that Spanish Midfielder Victor ‘Viti’ Martinez has returned from loan and re-signed with the club for the 2021 season.

Martinez was a crucial part of the club that surprised at the Island Games, having scored a match winner in the 90th minute in a win or go home situation. Viti started in six out of the seven league games and played the full 90 minutes in his six starts.

GOAL! 💣🔥 | #CanPL 🍁@atletiOttawa's VICTOR MARTINEZ finishes a bizarre sequence of play in the 90th minute to take a very late lead over @Pacificfccpl!
Can Kah's squad respond in extra time?!

Viti was loaned at the end of the CPL season to Deportivo Alavés B in Segunda División B where he managed 11 appearances scoring one goal.

Martinez is a 23-year-old born in Mataró, Spain. Most of his career has been spent in his native Spain across four teams appearing in over 80 games scoring five goals.

“We are delighted to bring Viti back for the 2021 season. Viti is an experienced player that has demonstrated throughout his young career and in a shortened season what he is capable of. He is one of the main engines of our midfield and our team. His versatility, his innate abilities and his determination make him one of most valuable midfielders in the CPL,” says Fernando Lopez, Atlético Ottawa, CEO.

“Viti is called to be one of the team leaders based on his quality on and off the pitch. He is a experienced player and still has room to grow and improve. We are excited to have him returning for the 2021 season,” says Mista, Atlético Ottawa, Head Coach.

“I can’t wait to go back to Ottawa and start the competition, I want to be again in Canada and meet my new teammates. This year we already have the experience from the last one and I have no doubt we will have a good season,” says Viti Martinez, Atlético Ottawa, Midfielder.