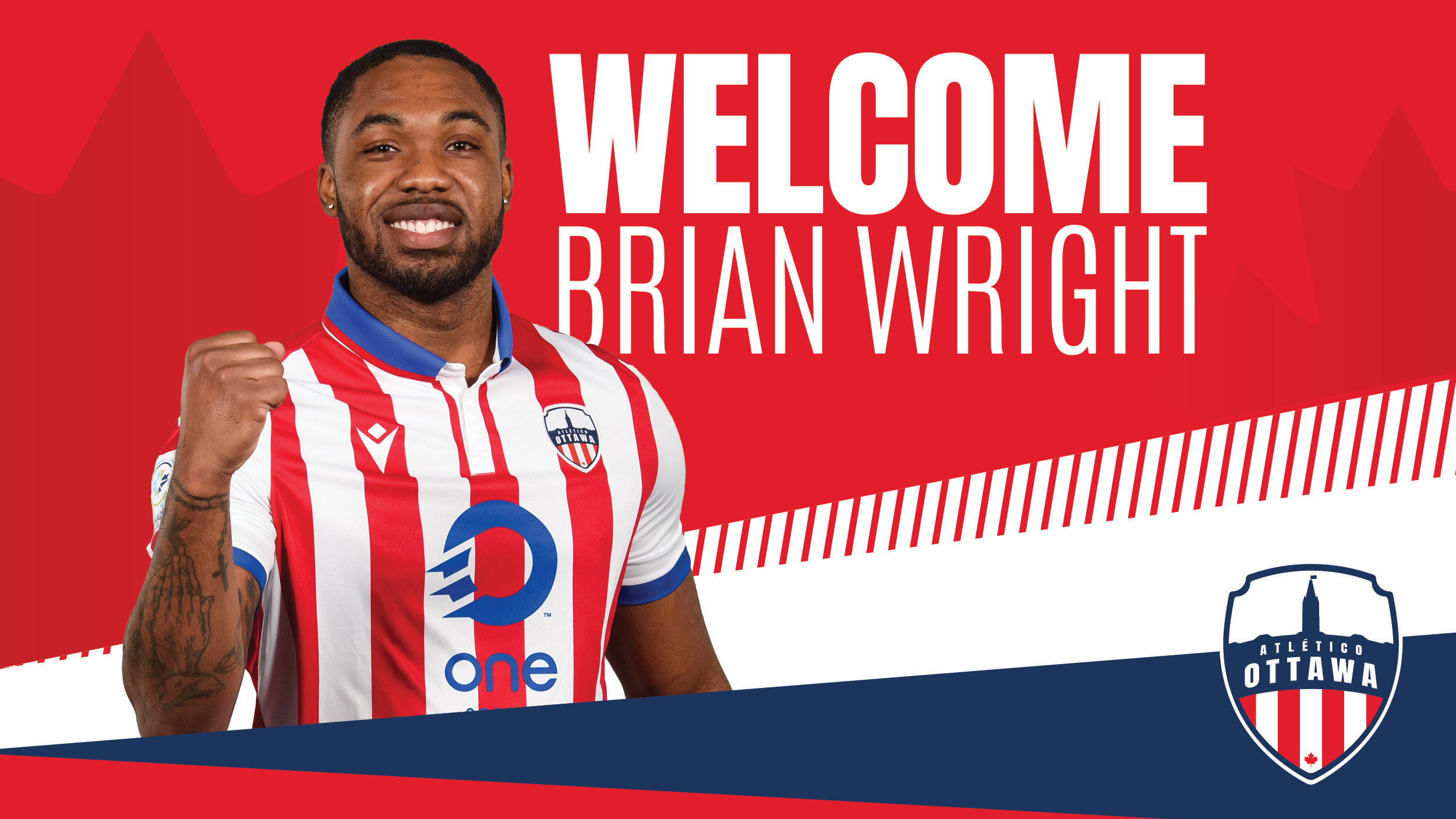 The 26-year-old joins the Atleti Family from USL Championship side Birmingham Legion.

“I am excited to have the opportunity to join this team and awesome city. I am ready to learn as much as possible under Mista and the coaching staff. We are lucky to be able to be in Madrid, Spain training at these world class facilities during such a tough time. The team is coming together well, and we are working hard to prepare for the season. We can’t wait to see the fans and show them all of the work we have put in,” says Brian Wright, Atlético Ottawa, Striker.

Brian Wright hails from Ajax, Ontario and played university soccer with the University of Vermont Catamounts. He scored 39 goals and 24 assists in 80 appearances with the squad.

Wright was selected in the first round (20th overall) of the MLS SuperDraft by the New England Revolution. He made 14 league appearances scoring once across three seasons.

In March 2017, Brian was loaned to the Tulsa Roughnecks (USL Championship) where he made three appearances.

At the start of the 2019 season, Brian was loaned from New England to Birmingham Legion of the USL Championship where he made 26 appearances scoring six times.

In 2020, Wright would sign a permanent deal with Birmingham in 2020 where he had 16 appearances scoring three times in a pandemic shortened season.

“We will look to Brian to be one of the top strikers in the CPL, his strong presence combined with his physical and technical abilities make him a constant threat and difficult to defend. Bringing in a player like Brian, with MLS and USL Championship experience is key to sustain the pillars of our success. Brian will be a force to be reckoned with, that can score many goals and contribute to the objectives of our club,” says Fernando Lopez, CEO, Atlético Ottawa.

“Brian Wright is a powerful player. He has a strong aerial game and natural athletic ability. We will look for him to score goals and he seems to do it with great ease in practice,” says Mista, Atlético Ottawa, Head Coach.