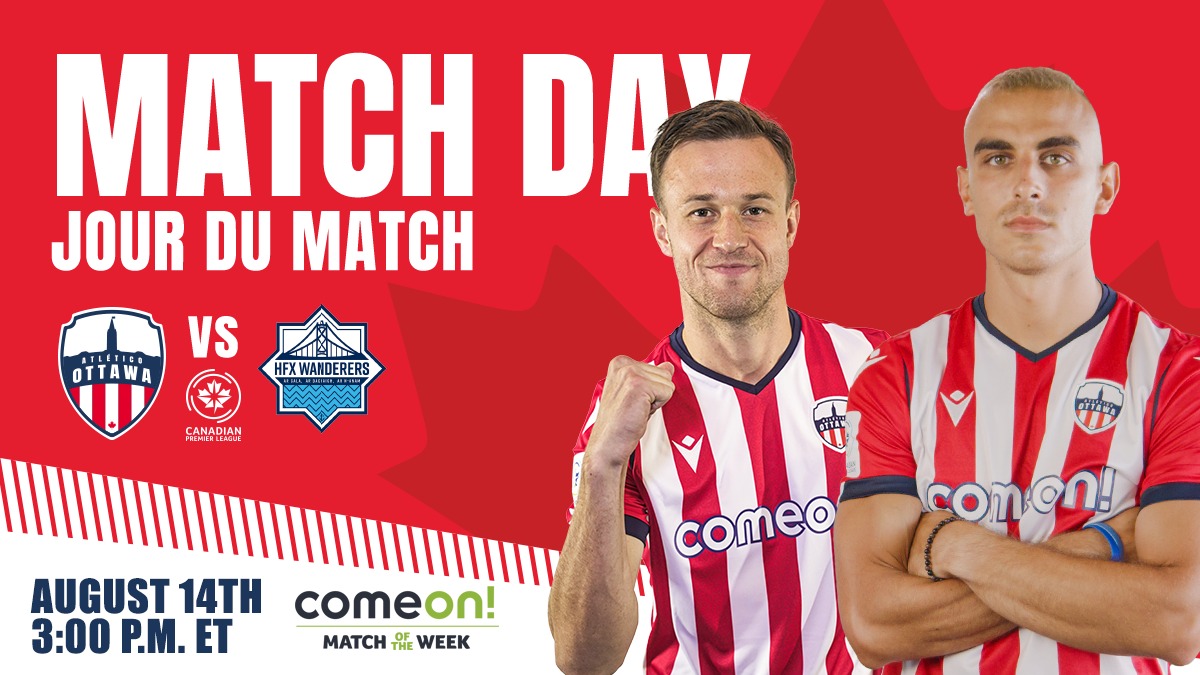 After more than 18 months since they were unveiled as the eighth Canadian Premier League club, the long-awaited inaugural Atlético Ottawa home game is finally here, and it has now been officially declared a SELL OUT. If you are coming to the match, jump to the Match Day Guide, HERE.

The club is expecting have around 12,000 fans at TD Place for Saturday’s match, for what has the potential to be one of the most electric atmospheres the league has seen over the course of its first three seasons.

“We are very excited,” said Mista on Friday afternoon. “This is a special moment — not only for us, but the city and for the league. People have responded very well, we’re so proud of the support for Atlético Ottawa.”

One person who won’t be there, however, is Ottawa midfielder Viti Martinez, who is serving a one-match ban after picking up two yellow cards in the span of four minutes in the first half against Forge FC last week.

These sides met less than two weeks ago — a 2-1 HFX Wanderers win in their first home game of the 2021 season. Ryan Telfer gave the visitors the lead with his first goal for Ottawa, but a brace from Joao Morelli saw home fans at Wanderers Grounds go home happy.

The only other meeting between these two sides was at the Island Games in 2020. That match ended 2-0 to HFX, with goals from Akeem Garcia and Alessandro Riggi the difference.

Atlético Ottawa and HFX Wanderers are currently sitting in eighth and seventh in the CPL standings, respectively, but are also the only teams to have played just 10 games while four teams have played 12 already. HFX are sitting on 11 points through 10 matches with a 3-2-5 record, while Ottawa have seven points and a 2-1-7 record thus far.

“This is what we need. One good result at our home could give us extra motivation. The feeling I have as a coach is completely different than the result in the table, because the team has played well, and we paid a very high price for the mistakes that we made.” — Atlético Ottawa head coach Mista

“They’re a team that’s sort of trying to find their feet still. They have a lot of talent, which was obvious when they played us, and they have scoring power, no doubt about that. It’s their home opener and they’re going to want to impress, so it’s going to be a very difficult game for us.” — HFX Wanderers head coach Stephen Hart