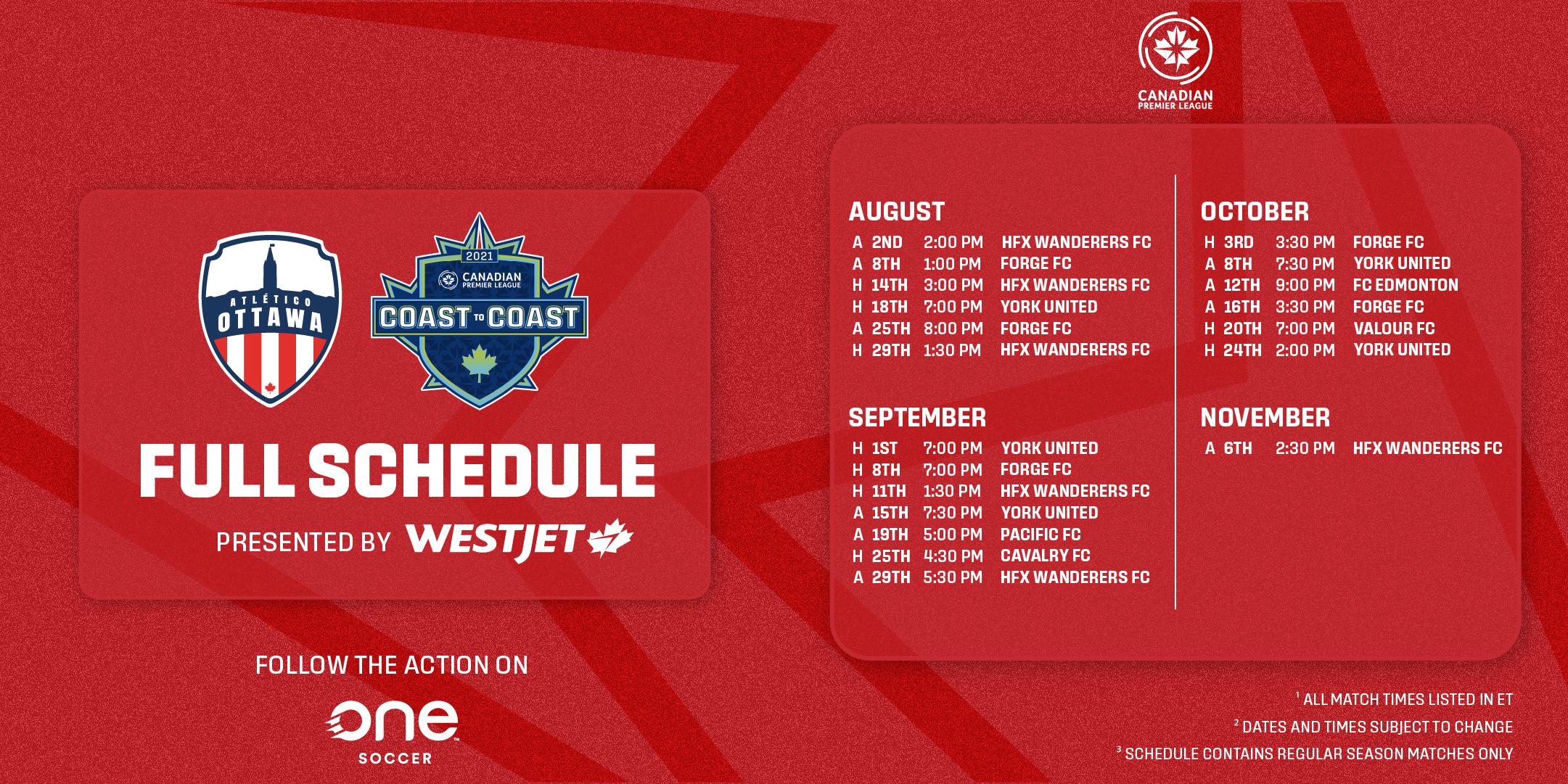 Monday, July 12, 2021, Ottawa, ON – The Canadian Premier League announced on Monday the remainder of the 2021 regular season schedule, presented by WestJet. The 2021 CPL season has all 8 clubs playing a 112-match season with 28 matches per club in a single table format. The season began on Saturday, June 26 in Winnipeg, Manitoba with The Kickoff Presented by Volkswagen with each club playing eight matches (32 games total).

Upon the completion of The Kickoff on July 24, Atlético Ottawa and the other clubs will return to their home markets to continue the season where they will play an unbalanced schedule – 16 games against teams in their region and four more against teams they already played against in Winnipeg.

Ottawa will begin the second phase of its 2021 season on the road with visits to Halifax (Aug. 2) and Hamilton (Aug. 8) before finally making its long-awaited return home on Saturday, August 14thagainst Halifax Wanderers FC (kickoff 3PM). Between August and November, Atlético Ottawa will host Halifax and York three times, Forge FC twice, and Calgary and Winnipeg once, with four mid-week matchups and six weekend-afternoon meetings (excluding the Canadian Championship).

“There has always been love and support for soccer in the Capital. The arrival of Atlético Ottawa signals a new era, a fresh start with immediate, built-in expertise from a club that does not just hope for success, but rather, expects it. Fans have had a small taste of what Atlético Ottawa is, from afar, and we cannot wait to have them fully experience this with us when we return on the pitch at TD Place,” said Fernando Lopez, CEO, Atlético Ottawa.

“We never stopped believing that the Canadian Premier League would come to Canada’s Capital. We are thrilled to finally be able to officially introduce Ottawa to their new soccer club! If we have waited a long time for this moment, we know our fans have felt it even more, and we look forward to celebrating this moment with them, at TD Place, on August 14,” said Jeff Hunt, Atlético Ottawa’s Strategic Partner. 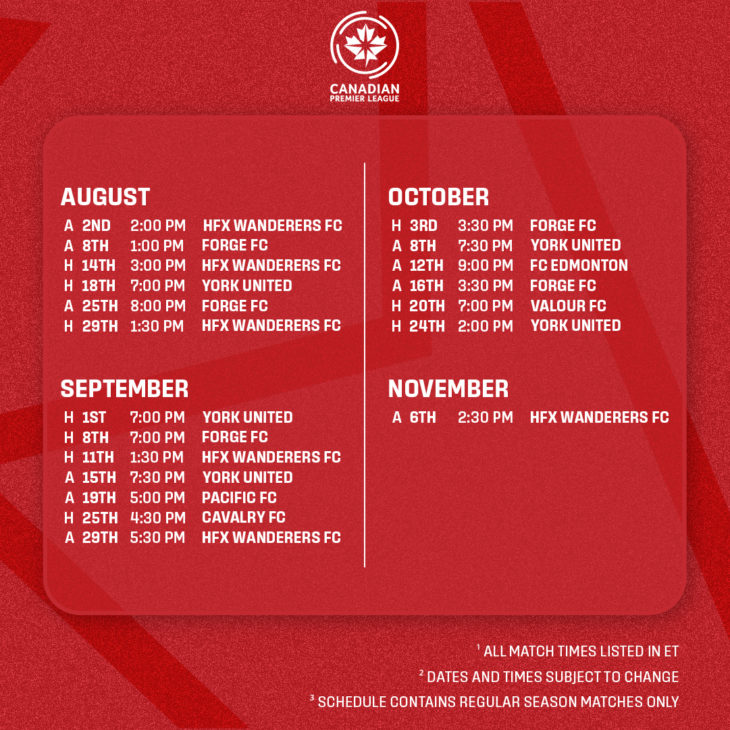 “Like our fans and supporters, we are all eager and excited to return to our home markets and play in front of fans, including being able to celebrate with our Ottawa fans as Atlético has their inaugural match at TD Place on August 14,” said David Clanachan, Commissioner of the Canadian Premier League. “The future is bright as we prepare to open our stadiums and get back to a regular schedule that allows our players, coaches, officials, and staff to be at home with their families and friends. I want to thank everyone who is in the bubble in Winnipeg for their commitment and devotion to this beautiful game so many of us love. Thank you to our fans and supporters for your continued support and we look forward to seeing you cheering on your favourite Club at their home field.”

Fans looking to come out and support their hometown club in person at TD Place for the first time in club history will be able to purchase single-game tickets for as low as $25 for adults, $15 for youth, all taxes and fees included, as soon as next Monday, July 19th at 10AM. Season-seats starting at $201 (adult) are already available for this unique homecoming season. Ticketing and contact information can be found HERE.