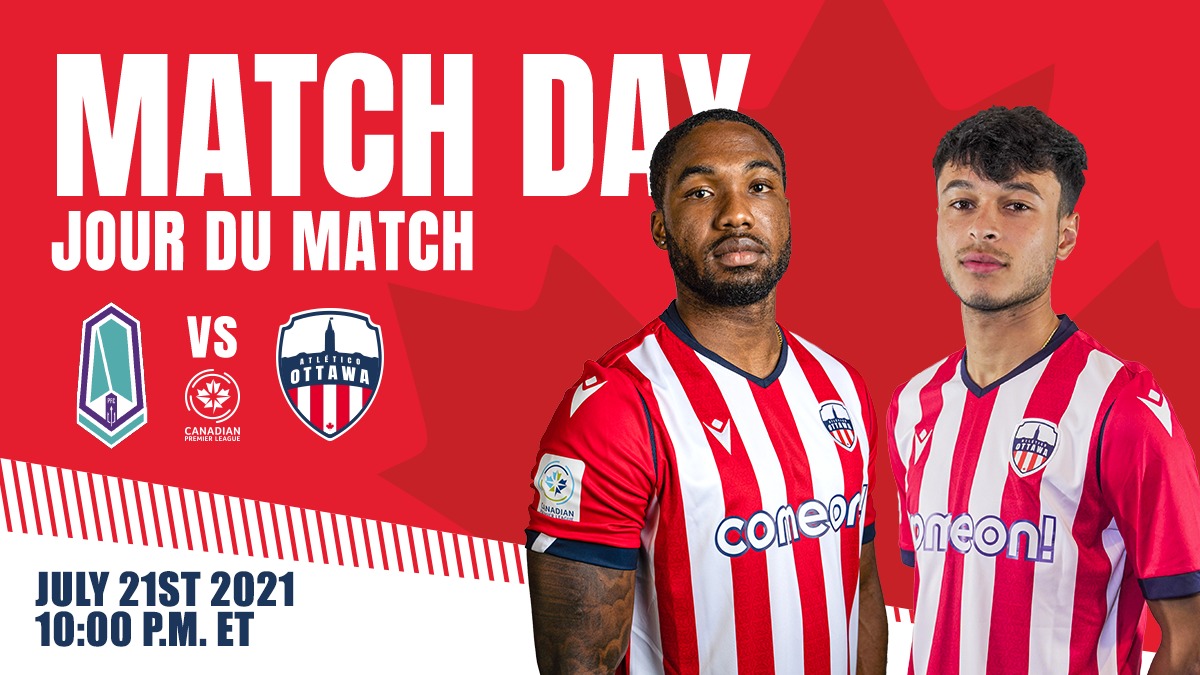 The second match of Wednesday’s doubleheader features two clubs looking to leave the Winnipeg bubble with three more points from their last match of The Kickoff before heading home. Pacific FC and Atlético Ottawa converge for the second time this season, both hoping for their first win in three games.

Pacific, third in the CPL table with a 3-2-2 record and 11 points, has had an up-and-down start to the CPL campaign, looking at times like one of the most dynamic in the league but also stumbling occasionally — including in their most recent game, a 2-1 loss to Forge FC. Their last win was about a week and a half ago, a 3-0 triumph over York United on July 10 which saw them sail ahead with a brace from Marco Bustos.

The Tridents will be in an unusual situation on Wednesday, with news that their head coach Pa-Modou Kah will be forced to miss out due to a one-match suspension he picked up after receiving two yellow cards in the previous match against Forge. So, assistant coach James Merriman will be taking on the sideline duties for this game (for the second time with Pacific, having run the show as interim coach for the club’s final match of 2019).

“We’ve spoke a lot about resiliency, and this year’s challenge in that way in every walk of life,” said Merriman in his pre-match press call. “We’re challenging the character of our group, we’re challenging our group to be more consistent with our performances.”

Ottawa are coming off a decent performance, having played to a 1-1 draw with FC Edmonton on Sunday night, a performance of which coach Mista was proud, particularly given that several of his players were dealing with side-effects from their recent COVID-19 vaccinations. They’re 2-1-4 with seven points, which is good enough for fifth in the CPL table. They lost the match before that, 1-0 to Valour, but Mista says they’ve been slowly improving over the course of this bubble in Winnipeg. Against the Eddies, he saw his club defend well for the most part with a 1-0 lead for the bulk of the game, but they couldn’t quite see it out. He explained that it was a good learning experience for his young team.

“If you defend for a long time, maybe you make a mistake,” Mista said on Tuesday. “That’s exactly what happened (against Edmonton). But I’m very proud when I talk with my players after the game, because we’ve improved a lot. We need to have patience, because (Alberto) Soto is 20, (Rafael) Núñez is 19, Antoine (Coupland) 17, Keesean (Ferdinand) 17, and Zach (Verhoven) 22. The future is very nice because we work to think in the future, but we need to be more responsible and we need to grow up as soon as possible because professional sports are like that.”

When these sides last met, Pacific claimed a 1-0 victory thanks to a Josh Heard goal assisted by some magic from Marco Bustos, who was spectacular on the night. The only other time they played was the Island Games in 2020, when Viti Martínez scored a very late goal to break a 0-0 deadlock and hand Ottawa just their second-ever victory. So, with a win and a goal apiece, will one side claim this rubber match?

“We don’t want to lose our focus, because sometimes when you’re going back home 24 hours after the last game, your brain might think more of when you’ll be back home. We need to be ready for the game because we play versus Pacific and we know what is Pacific now.” — Atlético Ottawa head coach Mista

“(Atlético Ottawa) do make it really difficult for us. We need to learn from the last couple matches against them, and we have a clear identity and a clear plan, a clear way that we want to attack this game and it’s to go at them.”   — Pacific FC assistant James Merriman