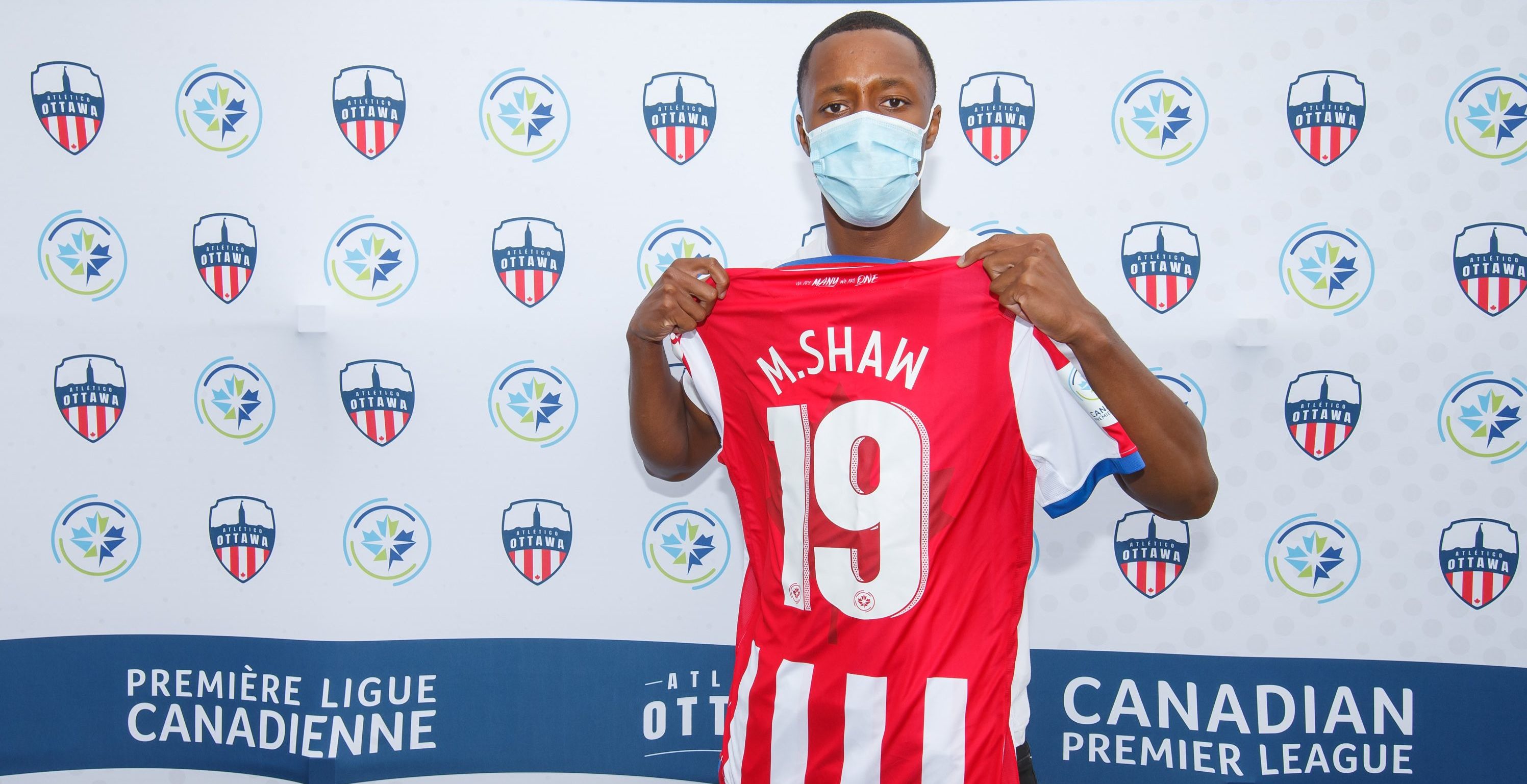 Ottawa, ON (June25, 2020) – Today, Canadian forward Malcolm Shaw has been signed to Atlético Ottawa for the 2020 season. The 24-year-old, from Pickering, Ontario earned a spot on the roster after a short trial with the club.

Able to play as a centre-forward or a winger, Shaw spent the past season at Assyriska Turabdin IK in Sweden’s third tier. Shaw made 24 appearances for the Swedish side in 2019, scoring five goals and adding four assists.

“It’s an honour to present today another Atlético Ottawa player, after a long period of silence due to the COVID 19 situation we finally are seeing some light and we can share how we were working during all this time behind the scenes. With the incorporation of Malcolm, the first striker of our squad, we want to start setting up one of the key areas of the team. His personality, his mental strength, his physical condition, his capability to fight every ball combined with his skills to define towards scoring goals makes him be the perfect reference for us in the ending zone of the field and somebody we really needed it. I wanted to personally thank Master’s Fútbol Academy for making this possible,” said Atlético Ottawa CEO Fernando Lopez.

The 24-year old Shaw, also had a successful university career, playing NCAA Division II soccer for Roberts Wesleyan College in Rochester, N.Y. He was a prolific goal scorer for the Redhawks, contributing 27 goals in his four seasons there and leading the team in scoring for both his junior and senior years. In 2015 he was named to the East Coast Conference’s second All-Conference team.

“I am excited to be a part of the Atlético Ottawa squad,” said Shaw. “Being able to play in Canada with such a prestigious organization for fans close to home is something I am really looking forward to.