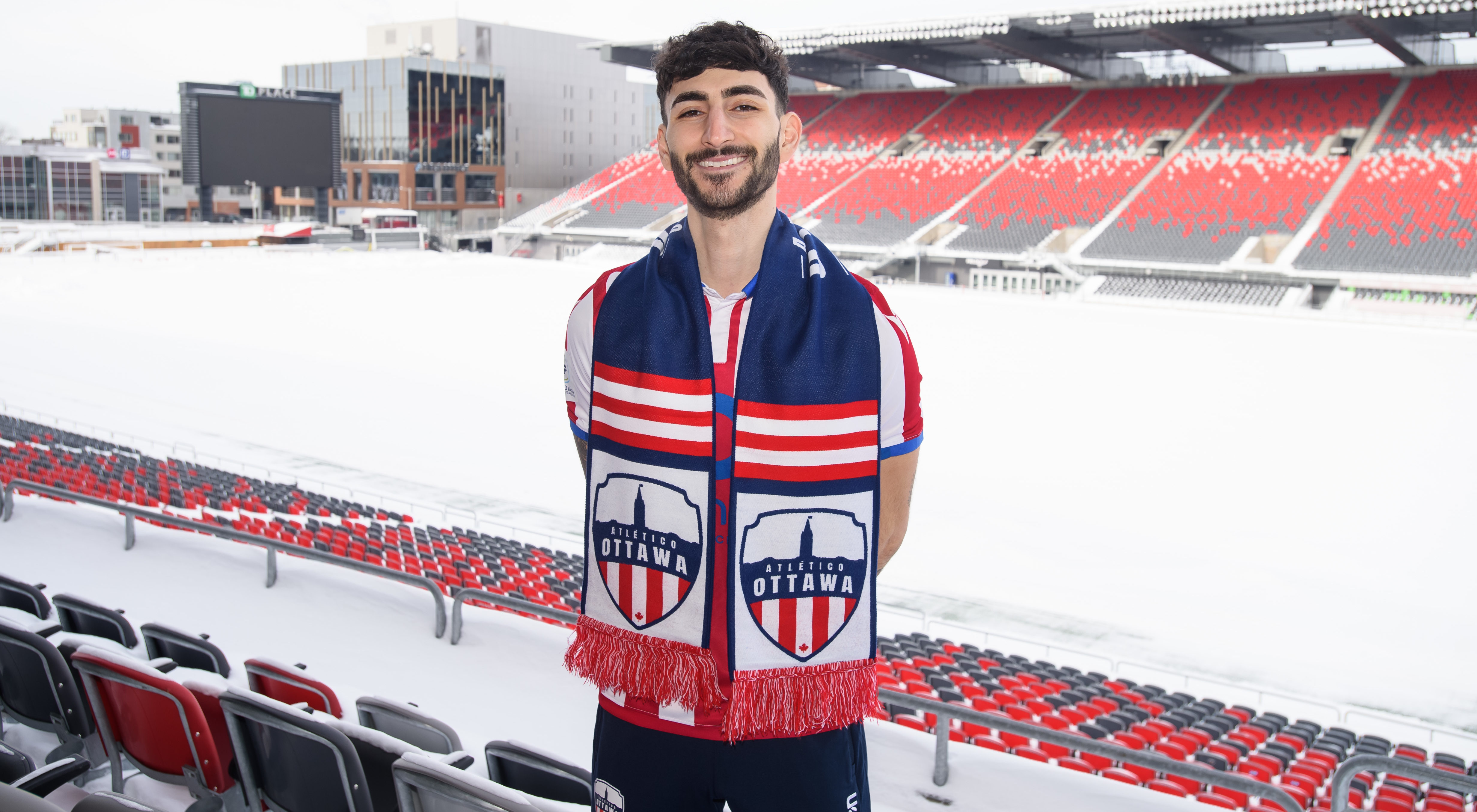 The news of Atlético Ottawa’s newest midfielder took the Canadian Premier League by storm on Tuesday.

Ottawa teased an announcement and the opening of the ‘box of surprises’, but fans were unsure of what to expect.

The long rumored announcement was made public…

We are thrilled to announce Canadian Midfielder Chris Mannella has signed and will be returning to the nation’s capital! 🇨🇦

A subsequent video interview was shared from behind the scenes at TD Place aptly titled,

Chris Mannella shared a message to the fans in Ottawa about his signing and return to professional soccer in Ottawa.

Beyond happy to be joining @atletiOttawa and coming back to a place that feels like home to me. Thank you to @4fernandolopez for welcoming me into this amazing family. Looking forward to seeing all the fans once again back at TD place soon. 2021 season can’t come quick enough. pic.twitter.com/fkD5E2RTqJ

What happened next created waves across the Ottawa and Canadian soccer community among fans, former teammates and media.

Back in the Capital and looking fresh in that black @atletiOttawa kit is none other than MANNELLA himself!

A players that supporters of ⚽️ in Ottawa will know well.

“From day one the fans welcomed me with open arms and supported me every single match” – @c10mannella #CanPL pic.twitter.com/mBZCMHSgMQ

Our strong, loyal midfielder @c10mannella is back in the Capital! https://t.co/yUaajo1J4F

I know you learned how to cook, Cus that 🥣 you be cheffing me wasn’t it boi! Congrats tho fam, you deserve it! And I’m sure the city of Ottawa is buzzing to have you back . Just a shame I’m not there to moan at you on the pitch ! 🤓❤️ @c10mannella ✨ https://t.co/s8OGYuKst8

This is great news! Mannella looked right at home here in #Ottawa when he played for Fury FC. He adds a lot of experience and talent to Atlético's young squad. https://t.co/jQlGCXpDQL