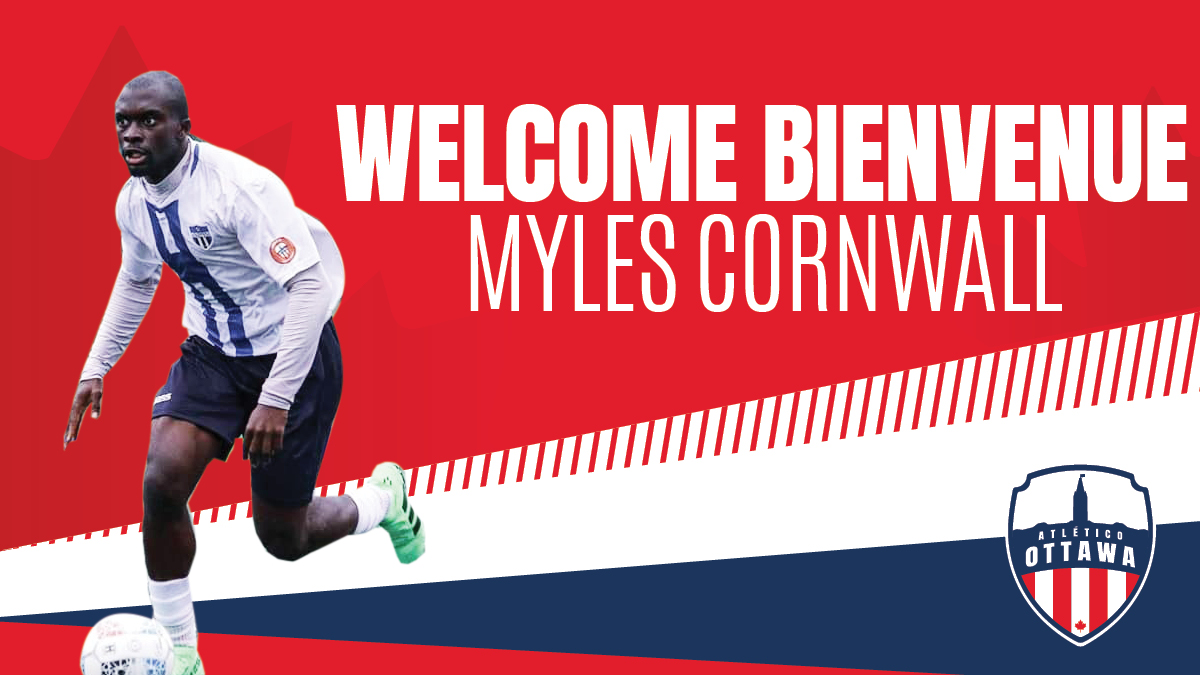 Atlético Ottawa announced on Saturday that it has signed Ottawa-native Myles Cornwall for the remainder of the season. The club hopes to have him available for selection this weekend.

Cornwall, graduating to the pro ranks from Ottawa South United, has also had a productive collegiate career with Walsh University in 2016-2019 appearing in 72 matches and netting 22 goals and 17 assists as a forward. In 2017-2018 playing with OSU in League1 Ontario, he featured in 12 matches and finished with six goals and five assists.

“Signing pro has always been an aspiration of mine. The fact that it’s now a reality is a feeling beyond comparison,” offered Myles on the new contract. “I’m excited to join this team, with these players and to continue to learn and develop at the professional level.”

“Myles is a player who has been on the cusp of receiving an opportunity at the professional level for a number of years,” added OSU President Bill Michalopulos. “To anyone who knows Myles and his dedication and character, they will be delighted to see him get this opportunity with his hometown team. Everyone at our club, OSU, looks forward to supporting him and the team during their upcoming home games.”

Earmarked to add depth to the left-back position with Atlético Ottawa, the Sir Robert Borden High School valedictorian is also known for his positive outlook and dedication to hard work.

“Our players are working hard, but we have a long season ahead of us still. We are excited to have Myles join us. We know he will be a good fit with our team because of his skills and character,” commented Atlético Ottawa’s Head Coach Mista.

Atlético Ottawa will begin a four-game homestand this Sunday, August 29th (KO 1:30pm) when it hosts the Halifax Wanderers in front of the nation’s capital crowd at TD Place. Individual tickets and select advantageous flex packs are still available for fans wishing to join in on the fun. Click below…