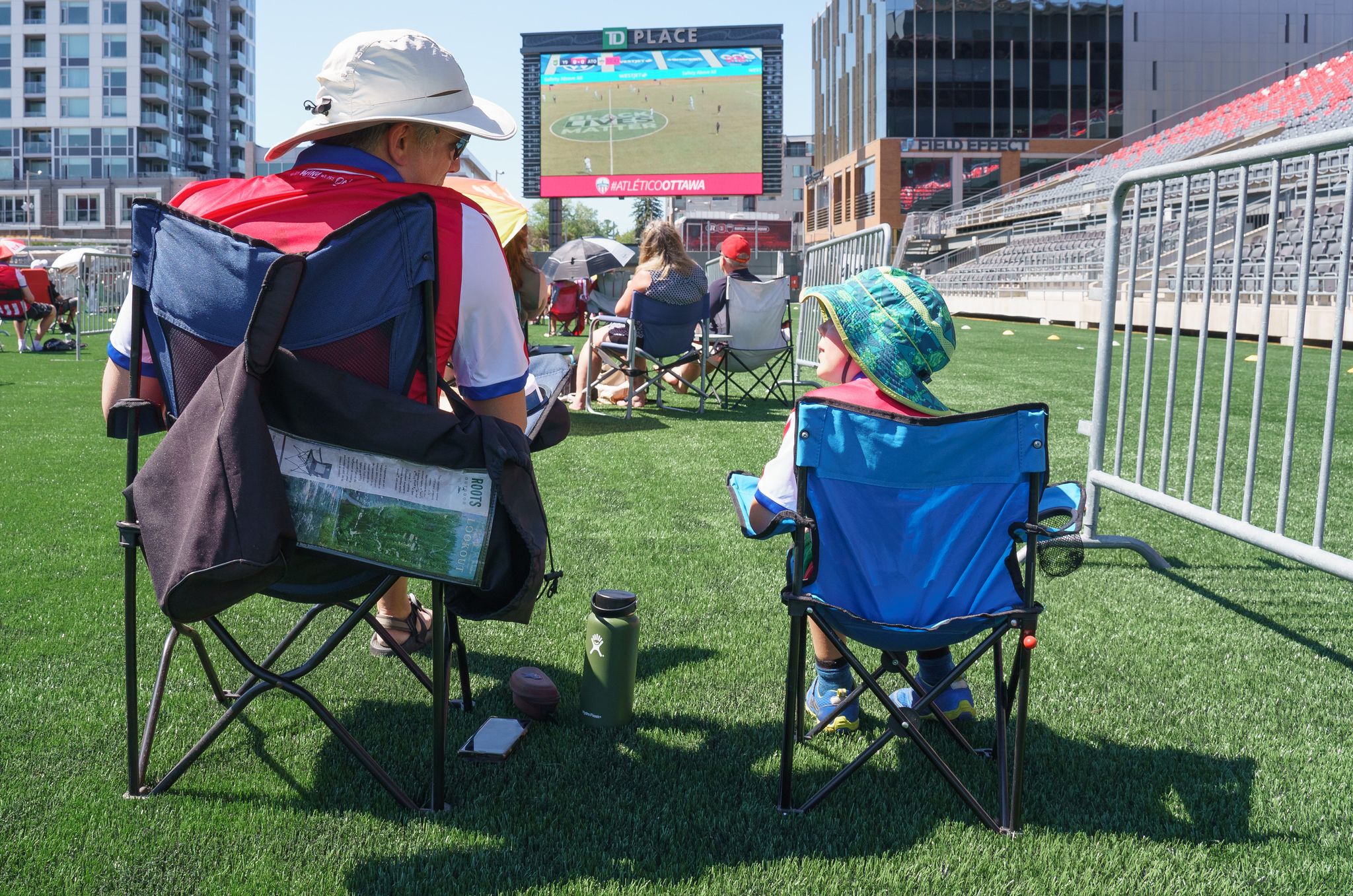 (Ottawa, Ontario – August 15th) – On beautiful summer afternoon, Atlético Ottawa hosted a watch party at TD Place, giving its supporters a chance to come together (in a socially distanced manor, of course) and witness the clubs inaugural match.

When Atlético Ottawa was officially welcomed into the league on February 11th, they had a different idea how the their first ever match would look like. With Covid-19 ruling out the chance at filling the stands at TD Place, and the Canadian Premier League returning to play in the 2020 Island Games in PEI, Ottawa recognized the need to connect its fans to the team. Hosting a watch party allowed their fans to watch the historic moment together, while keeping everyone safe at the same time.

The event itself met and exceeded the City of Ottawa’s Covid-19 public health guidelines, with attendance limited to just 100 people and face masks made mandatory. Tickets were purchased in groups, and each group was assigned a socially distanced fenced-in area on the field, where they could enjoy the game on the big screen.

The safety precautions taken by Atlético Ottawa offered their fans some semblance of normality with the event. Prior to the event, fans found themselves going through the routine of a normal match day; waking up and putting their kits on, marching down to TD Place and seeing other fans on the same journey. The stadium music and the smell of turf, it all seemed normal until you realize you’re watching the game from a couple of provinces over.

But even then, the positive energy coming from the supporters as they set up their lawn chairs on the field was unmistakable. Many fans noted that having this watch party, and being able to attend TD Place is what really made everything start to feel real. It was sinking in for these patient fans that Ottawa had soccer again, and the community was going to back this team and its players however they can, and the club was prepared to help its fans do just that. 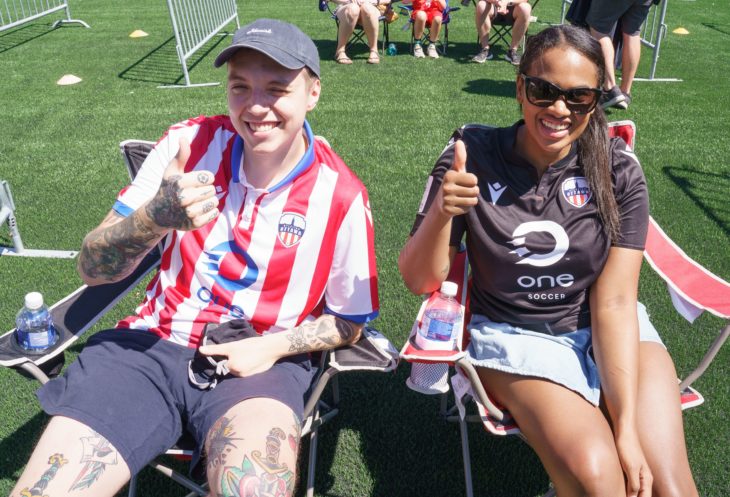 The buzz around the event became even more apparent at kickoff, as the fans clapped and cheered every pass, dribble and hard tackle, just as they would if the players could hear them. The buzz eventually rose to elation when Mohamed Kourouma scored the first ever goal in Atlético Ottawa history. The spinning scarfs, the applauds, the shouts and the cheers all seemed to have that much more spirit while happening at the same place and at the same time.

At the end of the 90 minutes, Atlético Ottawa secured a point in their inaugural match, marking a success that the team can build off of for the rest of the 2020 Island Games. Coordinator of the watch party and Director of Ticketing for the club, Nic Ryan, felt the event back in Ottawa was equally positive.

He went on to echo the sentiment that the event helped cement the feeling that Atlético Ottawa has arrived.

“Right now, the franchise has only been a dream to some people, so actually seeing the team on the field, seeing other fans here, seeing everyone wear jersey’s, its gone a long way in making that dream come to realization.”