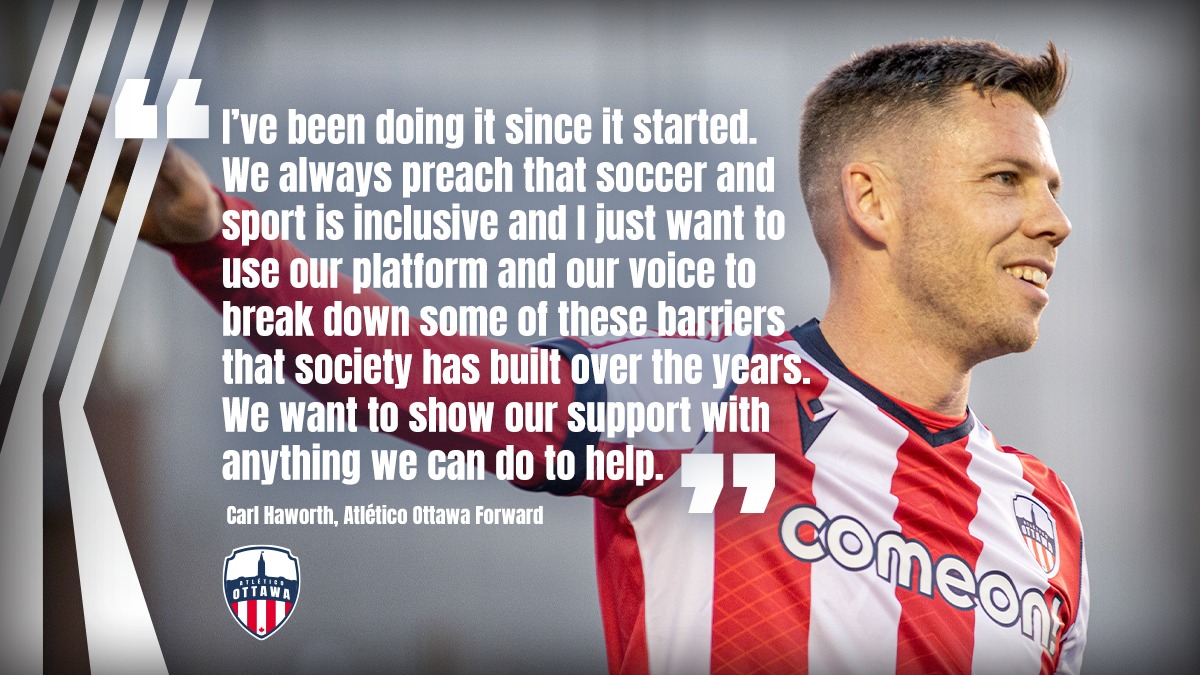 To put it in simplistic terms, Playing for Pride is an initiative that encourages soccer players to raise funds and awareness throughout Pride Month (June), with individual or team-based goals that are linked to onfield performances.

This year multiple Atlético Ottawa players are taking part, spearheaded by midfielder Chris Mannella who has been involved with ‘Playing for Pride’ since its conception. The ‘driving force’ behind Chris’ involvement was to seek a greater understanding of the struggles he witnessed his friends and family go through. “Asking people to be themselves, whilst not being allowed to truly be themselves was very strange to me,” he admitted. “Seeing their struggles without really being able to understand what they were going through really pushed me to learn through them and that’s why I’ve been so keen to take part in this for the past six years or so.”

Society continues to move towards being more accepting but the sports industry has often been labelled as lagging behind. Chris acutely remembers the use of homophobic slurs in the dressing room throughout his career and, although things have come leaps and bounds, it wasn’t too long ago that he had his last confrontation on the matter.  The importance of such movements, even if they are sometimes just symbolic, isn’t lost on Chris. All but a few years ago he got a taste of the sort of rhetoric that was so common, “are you gay then?” he was asked when trying to solicit participation in ‘Playing for Pride’.  “So what if I am?” he said with a look that still betrayed how taken aback he was by the comment at the time. Fortunately, the culture was changing and teammates stood up and made it clear someone’s sexual orientation isn’t something to make a joke out of, even if there is no malicious intent.

This change, this acceptance of sexual orientation, was never more apparent than a few weeks ago when Jake Daniels, a 17-year-old player at Blackpool in the UK, came out as gay. Daniels’ decision (which has received an overwhelming amount of public support) is just a start, but a shining example of how impactful something as small as ‘Playing for Pride’ can be.  “It’s incredible,” said Chris.”I can only imagine what he’s had to go through. The pressures of the game are immense regardless of what is going on within yourself – the idea of fighting two battles at once is something I can’t even fathom. “For him to openly come out and get to be himself will surely show in his football. It’ll give him free reign to just be himself and hopefully change mindsets that you can be open about who you are and play within the professional game.”

Chris will be joined by Atleti teammates, Carl Haworth, Sean Melvin and Ben McKnedry in this years’ edition of ‘Playing for Pride’. This is how they are going to go about it:

I’m always so honored to be a part of the @playingforpride roster in support of @AthleteAlly Hopefully we can make you guys proud on the field, win some games and rack up some cash. Below is a list of the donation amounts we’ve set for this year pic.twitter.com/2AEdTKxooj

Atlético Ottawa actively support everyone within the Atleti family and beyond, regardless of gender, race or sexual  orientation. For the month of June we will change our logo backgrounds across social media to show support and solidarity with the LGBTQ2S+ community. We will also amplify stories that directly or indirectly involve our fans, supporters and the football community. We will also share stories and quotes of allies, like our players, to support the voice and inclusion of all.  August marks Capital Pride here in Ottawa so stay tuned, there’s more to come.

‘Playing for Pride’ was founded by former professional footballer, Austin da Luz. To find out more about the initiative and what it was created, click here. 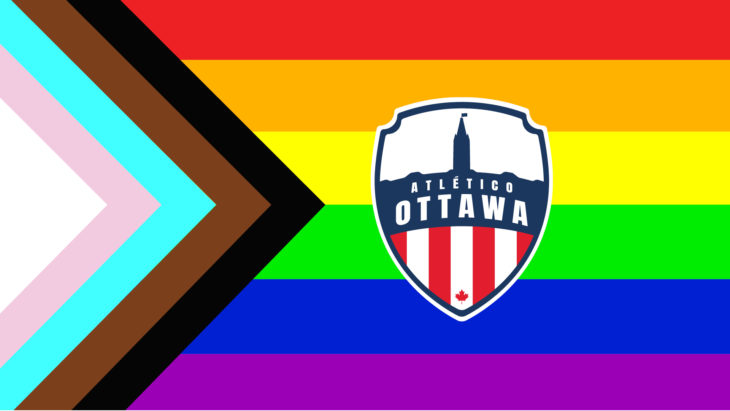