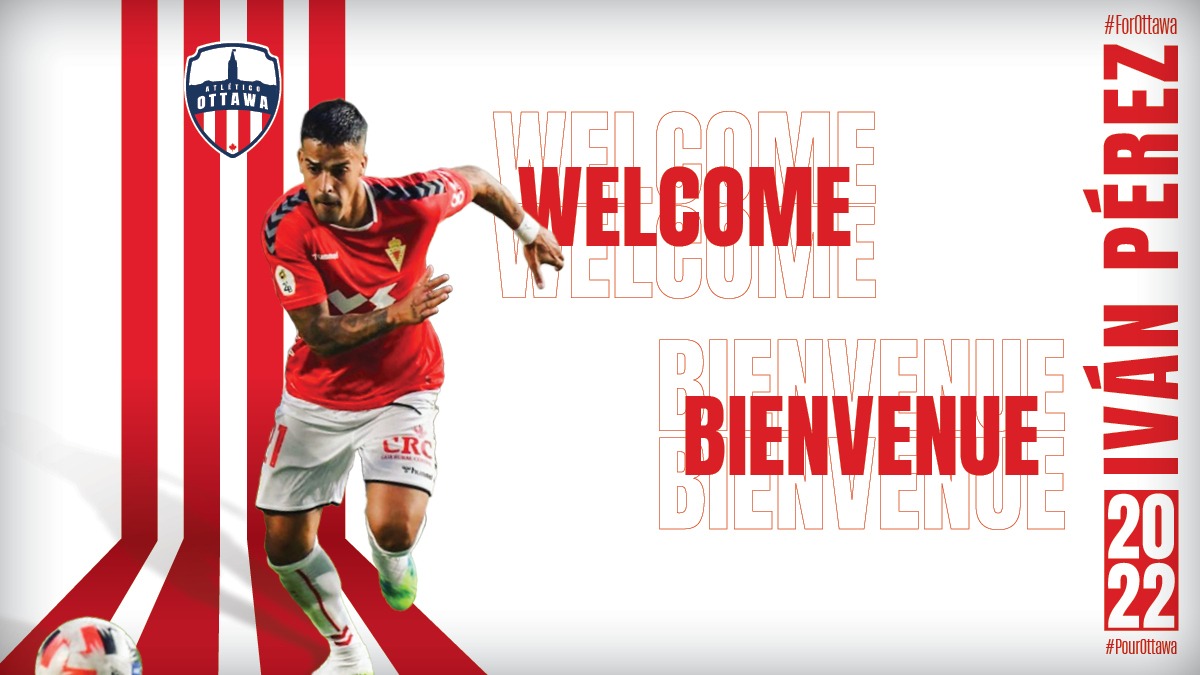 A month into the 2022 Canadian Premier League action, Atlético Ottawa is bringing in an additional option at left-back by welcoming Spaniard Iván Pérez on a short-term loan from UD San Sebastian de los Reyes.

Iván Pérez is a 29-year-old defender born in Murcia, Spain. He began his professional soccer pathway in the Atlético de Madrid system in 2013. He played with the B team for two years, including a single, 90-minute appearance for the main team in a Copa del Rey competition in 2014. His career then took him to Getafe CF B, Yeclano Deportivo, Real Murcia CF before landing with UD San Sebastián de los Reyes in the Spanish third division at the beginning of the 2021-22 season. He has spent eight seasons in the European system totalling 143 matches before this first venture outside of Spain brought him to North America. 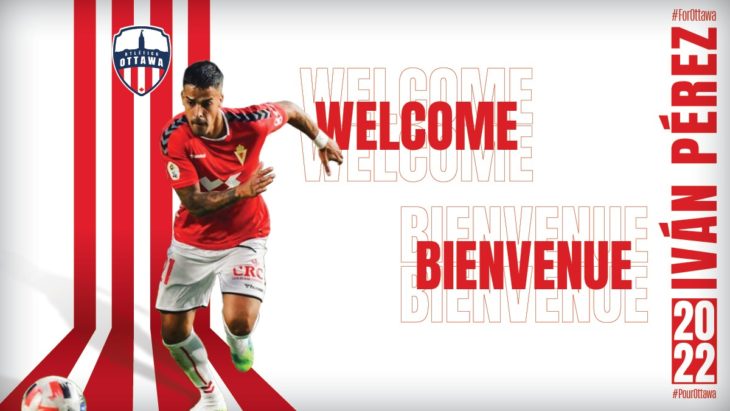 “I am very happy and excited to join Atlético Ottawa,” said Pérez. “For me it is a dream to be part of Atlético Ottawa. I am looking forward to meeting all my teammates, coaching staff and club staff, and together we can achieve the beautiful goals set.”

Pérez will join Atlético Ottawa later this week and will be with the club until June 30th, 2022.

“Iván is someone who can be described as a modern-day fullback,” commented Altético Ottawa CEO Fernando López. “On the ball, he loves to play direct and advance the ball up the field, and has the technical and physical ability to take players on, but he is also very disciplined and comfortable defending. Iván will fit seamlessly into the team as his capabilities as a footballer are in line with our style of play and club philosophy.”

Atlético Ottawa face a busy, character-defining next couple of months with seven matches in as many weeks and only two of them at home at TD Place. The versatility and depth of the squad will be tested, and Head Coach González is sure to strategically approach each selection with long-term success goals top of mind. First off is a clash against Forge FC at Tim Hortons’ Field in Hamilton this Saturday, May 14th, with the first kick set for 4 PM, live on OneSoccer.