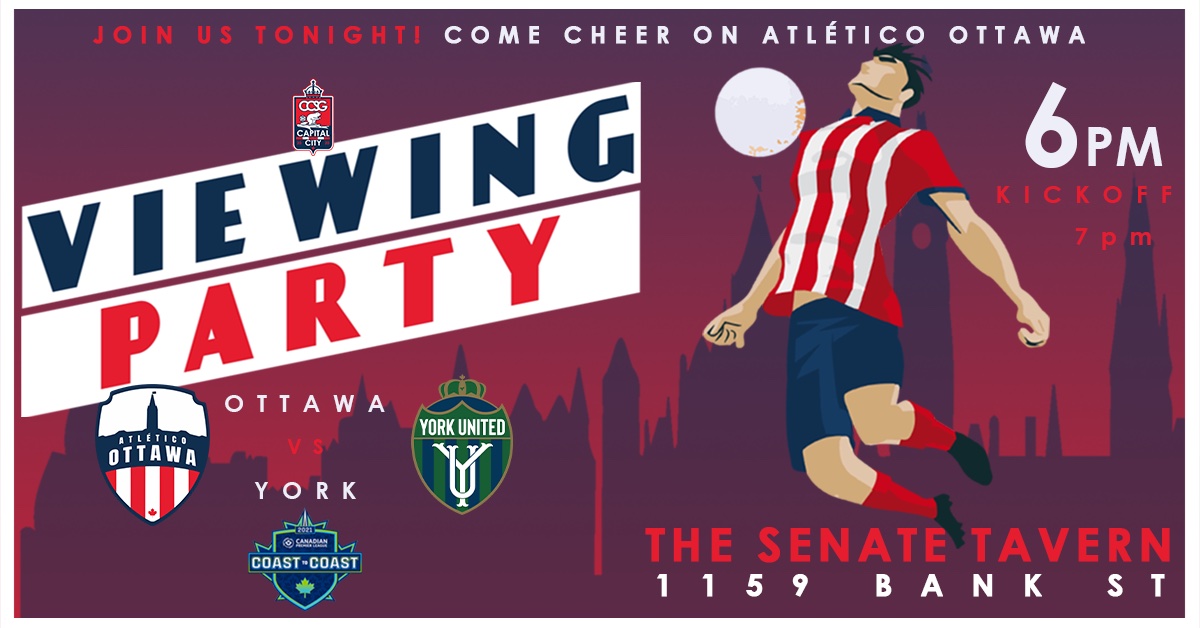 We are on the road again tonight. This time travelling to North York to face York United FC. (KO 7PM, live on OneSoccer) We will be looking for redemption after a disappointing loss against Halifax on the weekend.  Now, the question is… where will you watch the match? How about with a group of awesome people who love soccer and support Atleti?

To learn more about each group check out their websites: Capital City SG – Bytown Boys SC

And to add some context to the evening: