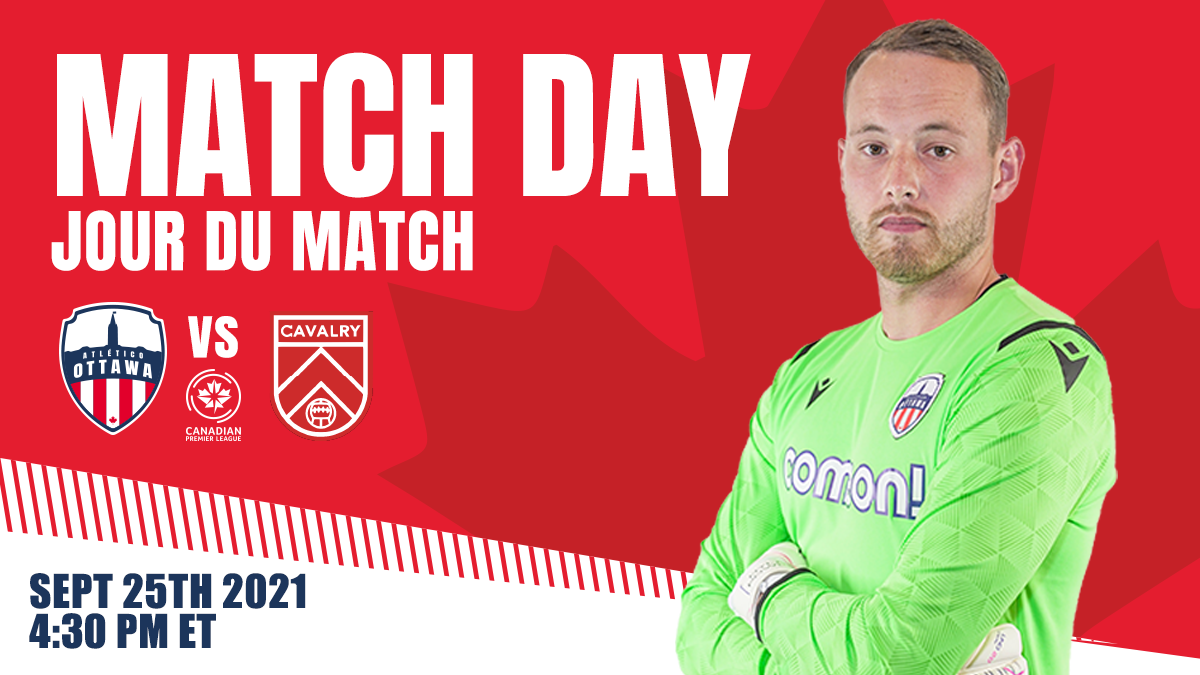 Cavalry FC will travel to our Nation’s Capital for the first time in club history Saturday when Atlético Ottawa welcomes their western opponents at TD Stadium.

Though it will be Ottleti that’ll be looking to take advantage of a week off and an out-of-form Cavalry team to snap a nine-match losing streak. Mista’s men last won back on August 14 against HFX Wanderers and have since racked up four losses and four draws – the last of which came away to league leaders Pacific FC last Sunday. Brian Wright found the net as Ottawa nearly completed the upset before CanPL.ca Player of the Week Terran Campbell found an equalizer after 86 minutes. Ottawa is set to welcome back Ryan Telfer (suspension) and Drew Beckie (injury) — more on that later — which could prove a big boon for a side looking for something new.

“We’re in a very good position — it doesn’t matter if we’re last or wherever we are in the table,” Ottawa coach Mista said before the Cavalry FC match. “We put our focus to create a philosophy and identity — they understand perfectly and they trust it in every game.”

Cavalry arrives in Ottawa after bowing out of the Canadian Championship in a 1-0 loss to that aforementioned Pacific side on Wednesday at ATCO Field at Spruce Meadows. Coach Tommy Wheeldon Jr.’s side was far from out of contention though they failed to find the scoresheet as PFC took them down for the third time on the season — the only team to grab such a result against the Cavs since the Winnipeg bubble. Follow that up with a draw to Valour FC and a previous league defeat to the Tridents and Cavalry arrives in Ottawa winless in three matches.

These two teams split their meetings in the Winnipeg bubble earlier this season – Cavalry took the opener 4-1 before Ottawa responded with a shock 2-0 return in the following weeks.

“The last game we drew (to Pacific FC) but I think we had one of the best games we’ve had – especially in defence. We’re taking it step by step. When you’re a coach and you build a team like Atlético from the beginning, everything is more complicated but I think that the guys have done a great job and we are so happy.” – Atlético Ottawa head coach Mista

“We’re going to work hard to make it right – we’ve got a really good run of games to get a few things tidied up and we have the players to do so.” – Cavalry FC coach Tommy Wheeldon Jr.