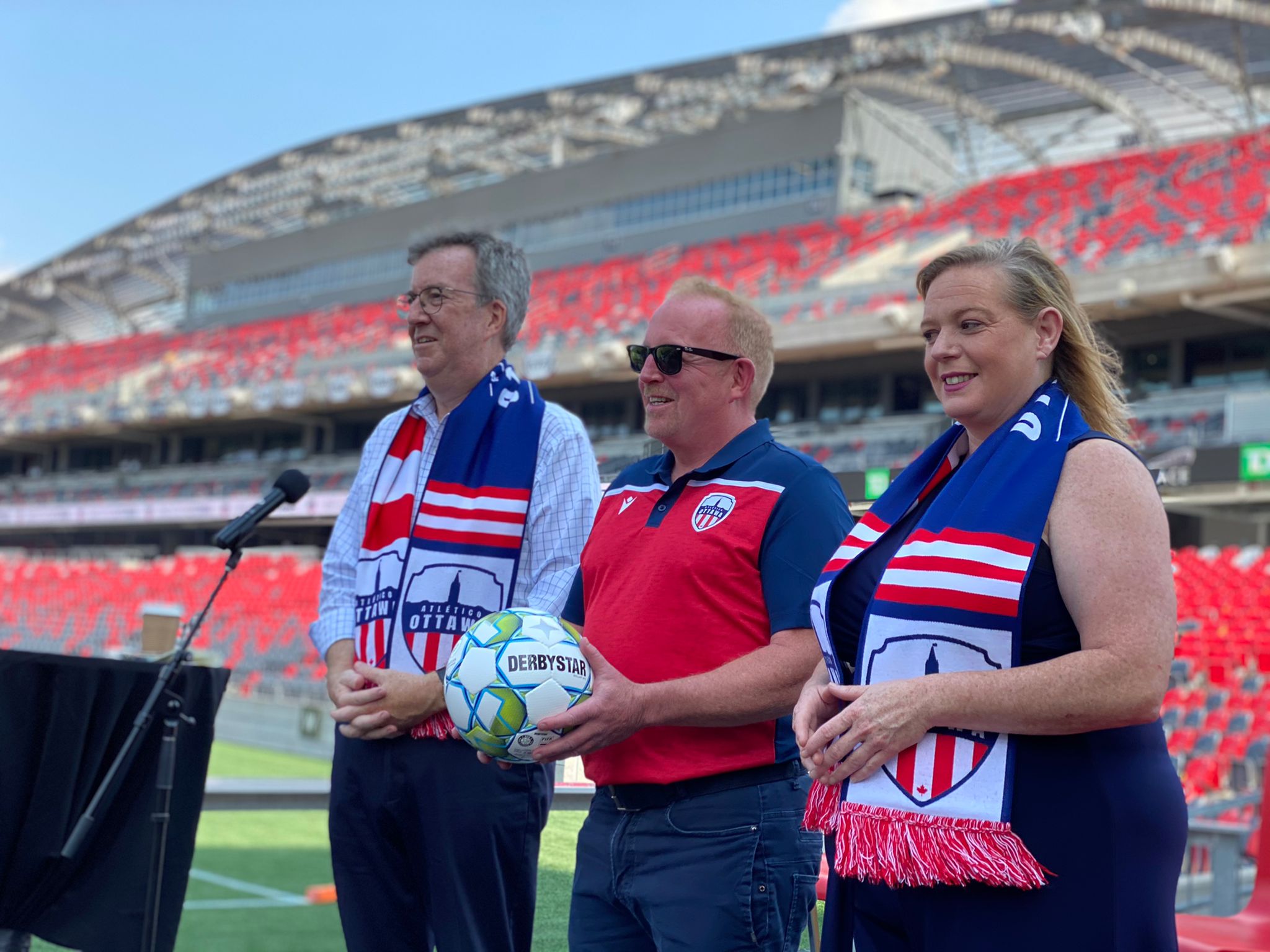 Atlético Ottawa President and Strategic Partner Jeff Hunt is set to be inducted into the Order of Ottawa this Thursday evening, in a ceremony that will take place at City Hall. “It’s an incredible honour to receive the Order of Ottawa,” offered Hunt. “It is particularly humbling when I look at the amazing community builders that have received this recognition before me, and it will be a great privilege to stand next to the other 2021 honourees and acknowledge each of their contributions to our city.”

The Order of Ottawa recognizes exceptional residents who have made a significant contribution in a professional capacity in many areas of city life, including arts and culture, business, community service, education, entrepreneurship, public service, labour, communications and media, science, sports and entertainment or other fields that benefit the residents of Ottawa. Hunt is one of 15 people that will be inducted by Mayor Jim Watson on Thursday night.

“The 2021 Order of Ottawa inductees are a group of remarkable individuals who have gone above and beyond to improve the lives of those in our community through their professional accomplishments. Their leadership, hard work and compassion for others is an inspiration to all, especially during these challenging times.”

Jeff Hunt left his family home in Newfoundland for Ottawa in 1983 to pursue his entrepreneurial vision. In his first year in Ottawa, Mr. Hunt started a carpet cleaning firm, Canway, and over the next 15 years, franchised it, expanded into the US and sold the thriving business to Sears. That sale, in 1998, enabled Mr. Hunt to pursue his dream of owning and managing a hockey team, the Ottawa 67’s.

Mr. Hunt’s success with the 67’s was sighted by the Canadian Football League as an important factor in its decision to award an expansion franchise to Ottawa. Mr. Hunt, along with other community partners, set out in 2006 to bid for the expansion of the CFL franchise as well as the redevelopment of Ottawa’s Lansdowne Park. The partners banded together to form the Ottawa Sports and Entertainment Group, to which Jeff Hunt was President. That franchise, the Ottawa Redblacks, and Jeff Hunt’s vision brought the CFL back to Ottawa and saw the team rise to win a championship in only three years, winning the Grey Cup in 2016.

In recent months, Jeff Hunt has partnered with European soccer franchise Atletico de Madrid on the ownership of an Ottawa franchise, Atlético Ottawa, in the Canadian Premier League.

During his career, Jeff Hunt’s accomplishments have been recognized with multiple awards, including five Profit Magazine Fast-100 and two Fast-50 awards. He has also been named OHL and Canadian Hockey League Executive of the Year and in 2015 he was named to the Yahoo Canada Sports list of the top 25 “Movers and Shakers” who have the most influence over sport in Canada. In January 2017, Jeff was named Ottawa’s Favorite Entrepreneur by Faces Magazine.

For more information about the Order of Ottawa, please visit the Awards and Recognition page on ottawa.ca. The ceremony will be streamed live on RogersTV.