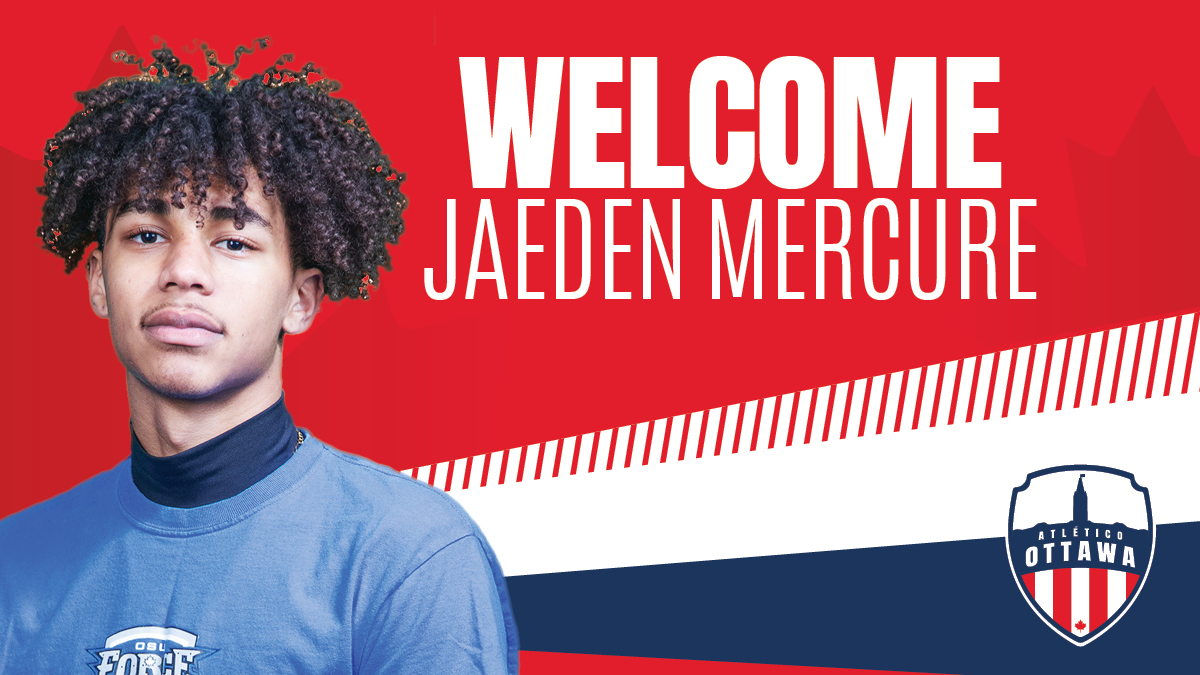 Atlético Ottawa announced on Tuesday that it was signing local Ottawa South United product Jaeden Mercure to a Canadian Development contract. The creative Ottawa forward had previously spent time with the Vancouver Whitecaps Residency in 2017-18 and was a St. Mark high school multisport standout.

“This is a dream come true to sign my first professional contract,” said Mercure. “It is even more of an honour to play for my hometown! There is nowhere else I’d rather be!’

Mercure joins the club under a Canadian Development tag which allows an amateur player under the age of 18 the opportunity to be included in a professional club’s roster without losing his ability to train and play with his local team. He becomes the first player to sign with Atlético Ottawa under these terms and serves as a stellar example of the club’s commitment to growing local talent. This is also an important step in building the development pathway for young players in the region under the Atlético Ottawa umbrella.

“Jaeden, like Antoine [Coupland] only a couple years before him, is a young local player full of potential,” commented Atlético Ottawa’s Head Coach Mista. “We look forward to showing him the way and helping him continue his development as a professional soccer player.”

“We are thrilled to see the opportunity Jaeden has to join Atlético Ottawa,” added Bill Michalopulos, President, Ottawa South United Soccer. “OSU is excited to see these continued opportunities for our players to progress to the next level through our cooperative relationship and collective efforts.”

Atlético Ottawa continues its preparation ahead of the long-awaited inaugural home match at TD Place this Saturday, August 14th. More than 10,000 tickets have already been claimed for the momentous occasion thanks in part to the ‘Pay What You Want’ offer set to celebrate the Ottawa-Gatineau community and its resilience. Select tickets are still available at HERE.