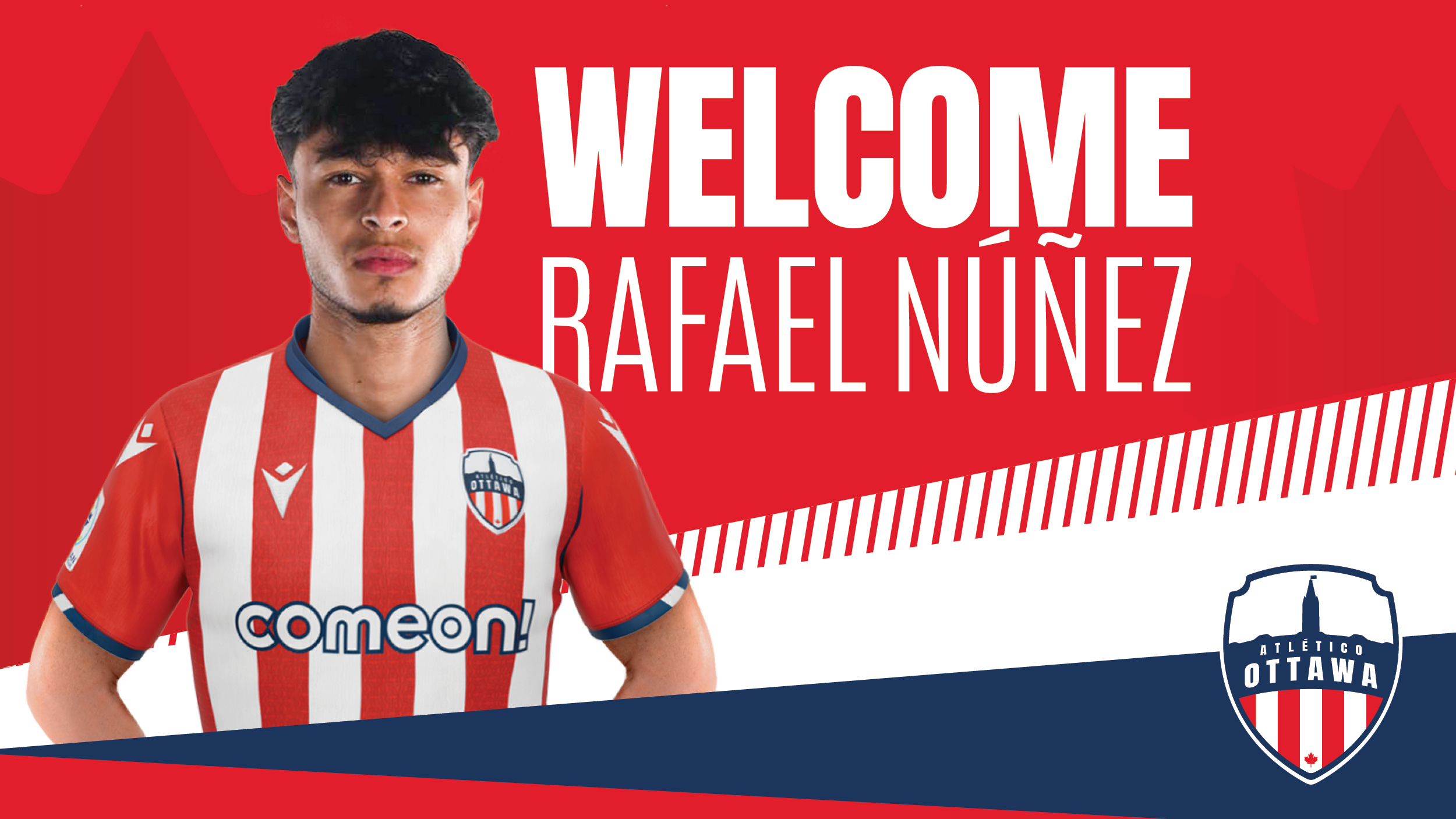 Núñez recently made his debut with the Dominican Republic U23 National Team where he appeared in three Olympic qualifying matches this past March.

“I have never been to Canada, so I am excited to come to the capital and meet the fans. As a young player I am looking forward to getting some professional experience in Canada’s top league. I can’t wait to play in front of the fans at TD Place,” says Rafael Núñez, Atlético Ottawa, Midfielder.

Rafael was born in Bonao, Dominican Republic and raised in Spain, he has been in the Atlético de Madrid Academy system since 2015.

“Rafa is a young talented player, he is a very skilled-technical player in the midfield and has a strong potential when attacking from the sidelines. We are excited to develop young players that has climbed through the ranks at Atlético de Madrid and start build a path for the top juvenile players coming from our parent Club,” says Fernando Lopez, CEO, Atlético Ottawa.

“Rafael is a very fast and versatile young player; he has a lot of experience through his career so far playing in the most competitive national existing league for his age in Madrid. He will surely help us increase the level of the team and contribute to achieve the goals established by our Club,” says Mista, Atlético Ottawa, Head Coach.

Click here to stay up to date and subscribe to everything Atlético Ottawa.
Click here to place your deposit to become a season seat and founder club member.
Click here for the official press release.