Atlético Ottawa is the first side in the Canadian Premier League to clinch a spot in the 2022 playoffs. It is also the first time that Alteti has appeared in the postseason since joining the league in 2020, courtesy of an impressive 3-1 win over Cavalry at Spruce Meadows.

Ballou Tabla opened the scoring with a stunner, before Brian Wright and Malcolm Shaw added goals for the visitors. José Escalante was the lone Cavalry player to find the back of the net, from the penalty spot. With the win, Atlético Ottawa also extends their lead at the top of the CPL table to four points with two matches remaining.

Ottawa shocked the home crowd just four minutes into the match with a goal of the season candidate from Tabla. The Atleti attacker hit a first-time overhead kick from the top of the box off a cross from Miguel Acosta that looped over Marco Carducci, off the bar, and over the line. It was a stunning start to the match for the visitors.

BALLOU TABLA ARE YOU KIDDING ME?

What a goal from the @atletiOttawa attacker to open the scoring, possibly the goal of the year 🚲#CanPL | 📺 @onesoccer pic.twitter.com/R0zx1JdOWo

Acosta again had a chance to double that lead just five minutes later when he took his space in the midfield and fired a long-range strike that ended up being blocked and this time looped over the bar. Carducci had a cautious hand up to make sure the ball didn’t dip into the net again this time.

After Atleti’s early flurry, the hosts mostly controlled the run of playing, looking to get their fullbacks high up the field and stretch a compact Ottawa side and fire crosses in from that wide position. For the most part, however, their ball movement lacked quickness and rhythm and they were unable to turn their territorial and possession advantage into any sort of significant chances.

The hosts were able to get a number of free-kick chances late in the half as they ramped up the pressure. In the 30th minute, Ali Musse was brought down just outside the top of the box by Diego Espejo. Escalante’s curling effort got over the wall, but Nate Ingham was able to catch the ball well. 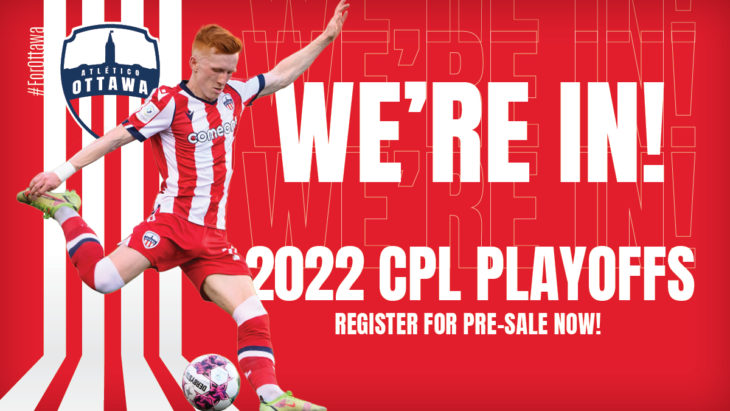 Cavalry’s best chance of the half appeared to come in the 39th minute, as Ben Fisk played a brilliant ball behind the Ottawa backline that Joe Mason stretched at, but was unable to get a foot on. The chance was ultimately ruled offside. Minutes later, Fisk was able to get a shot on target but not one that truly tested Nate Ingham. Atleti would go into the half up 1-0.

The home side came out in the second half on a mission. Within the opening two minutes of the half, Joe Mason had three separate chances. One of which, a glancing header off of a brilliant cross from Ben Fisk, the Cavalry striker redirected off the post and was then unable to finish the rebound.

Against the run of play, however, Ottawa struck again in the 54th minute. Karifa Yao’s careless pass was picked off by Tabla, who shifted the ball to Ollie Basset who in turn found Wright at the back post to give Ottawa a 2-0 lead.

Mason broke through again in the 64th minute, but this time saw his attempt punched away well by Nate Ingham.

The visitors finally had their moment in the 77th minute. Acosta brought down Musse in the box and was awarded a penalty. Escalante stepped up and struck the ball well into the bottom right corner to cut Ottawa’s lead in half.

Ottawa thought they had regained the two-goal cushion five minutes later, when a lethal counter-attack from the visitors saw Bassett find Shaw alone in the box who beat Carducci. The Ottawa striker, however, was ruled to be offside.

In the 86th minute, however, Shaw put the match to bed. Again on the counter-attack, his strike fooled Carducci and gave Ottawa their second straight three-goal performance against Cavalry.

The win also means that Atlético has gone undefeated against Cavalry this season, picking up an impressive three wins and a draw against the Calgary outfit. 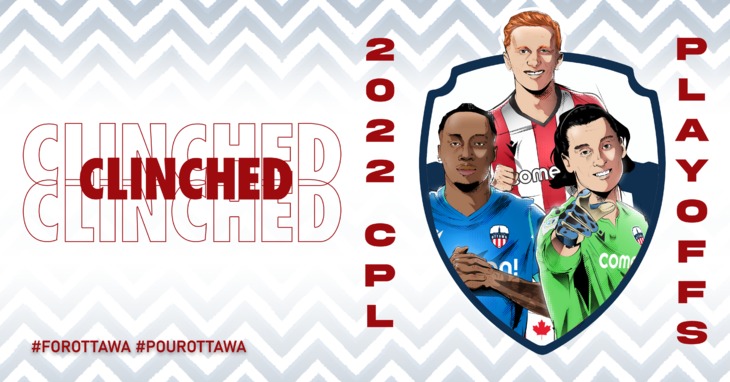