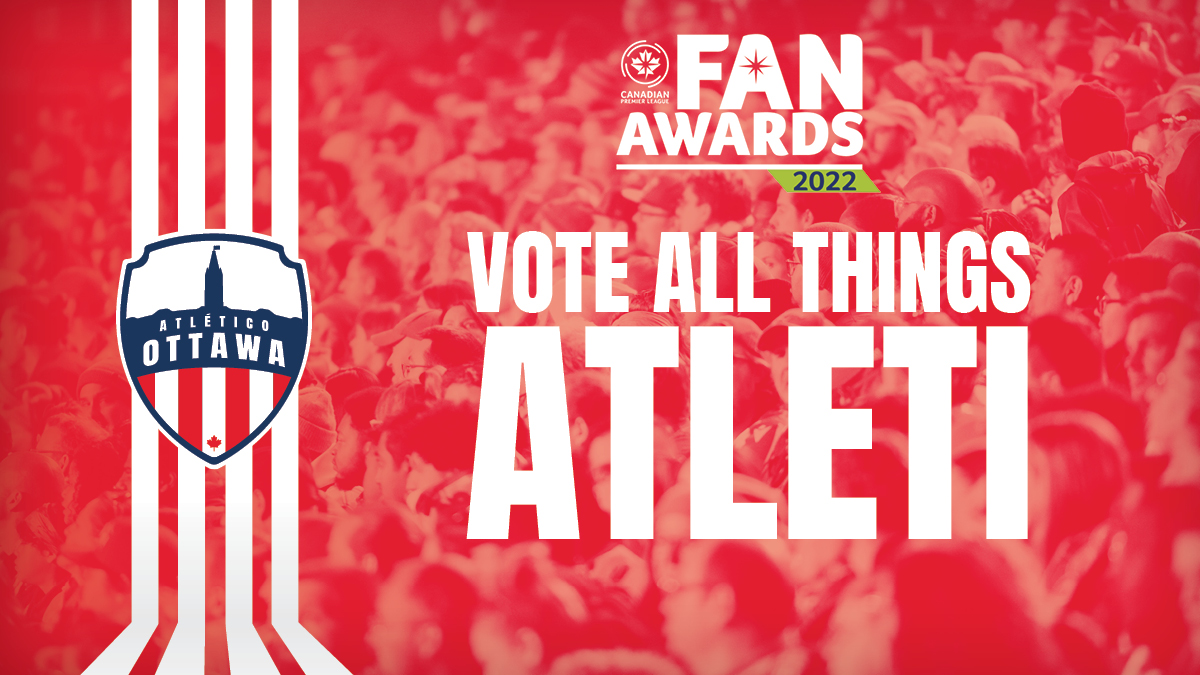 Atleti is well represented at this year’s CPL Fan Awards. Here’s a breakdown of each category we are eligible in. Make your selections for the 2022 CPL Fan Awards! Click HERE daily to cast your vote! or just click the images below. Voting closes Nov 26.

Ballou for Goal of The Year:

We’ve replayed this goal a thousand times. It’s a moment of pure magic. Ballou Tabla and his wonder goal are up for the CPL Fan Vote Goal of the Year. And since this is a fan voted process, you know what you need to do… vote! Make your vote count. There are a variety of categories and whole bunch of prizes to win as well.

We LOVE Adam Jenkins play by play but you MUST have a listen to to the French play by play. It’s incroyable! 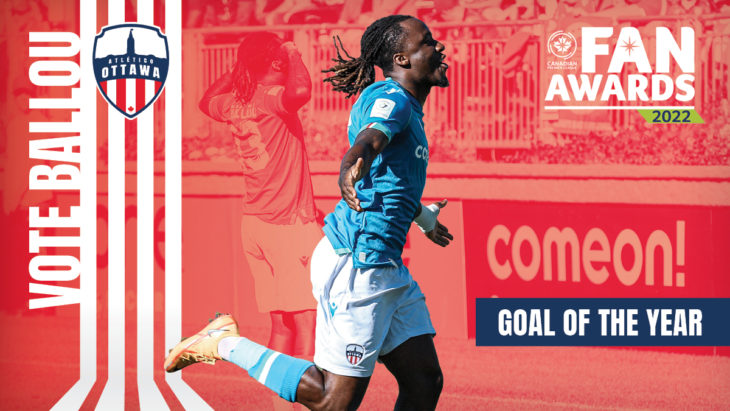 Next up Ollie, Ballou, Miguel, Diego, and Nate for Team of The Year:

All of our guys deserve to be here. 2022 CPL league Champs, you know. That’s the best team over the course of the whole season. It’s a marathon, not a sprint. Congrats to five members of Atleti who got the nod. Now we need your help to get those ballots cast. VOTE VOTE VOTE! 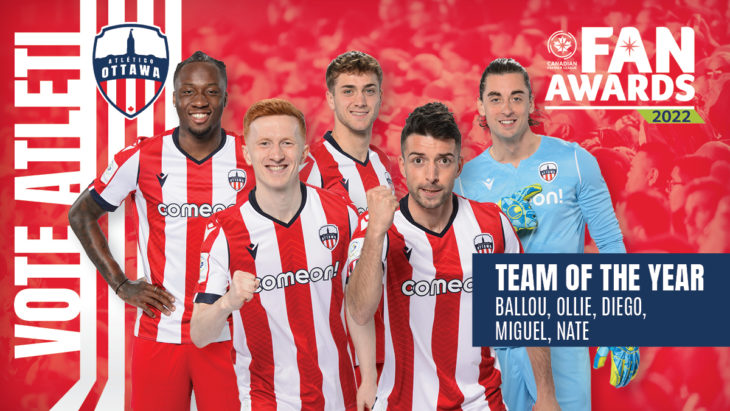 Next up Save of the Year featuring our guy Nathan Ingham:

Nate Ingham made so many clutch saves this year, we bet it was difficult for the league to pick just one.  But after watching and re-watching all the highlights, this double save from Nate against HFX really stood out.  Congrats to Nate and now you need to make your vote count… VOTE VOTE VOTE! 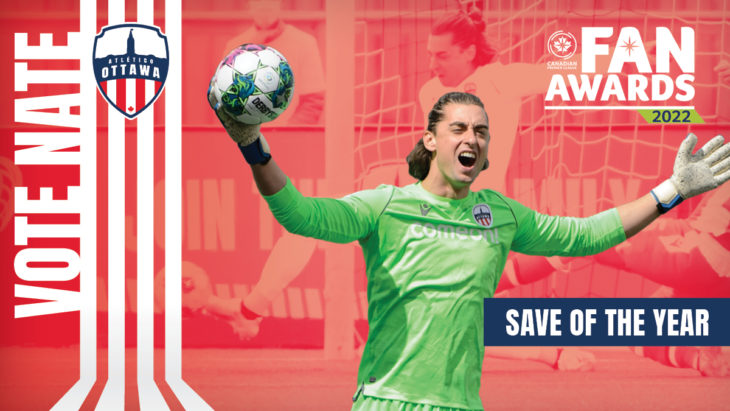 Next up:  Best Dressed – Ballou Tabla:

The accolades keep coming in for Ballou. Nominated for many league awards already, it was cool for us to see the league take noticed of his daily fits. Only thing left is to get out and … VOTE VOTE VOTE! 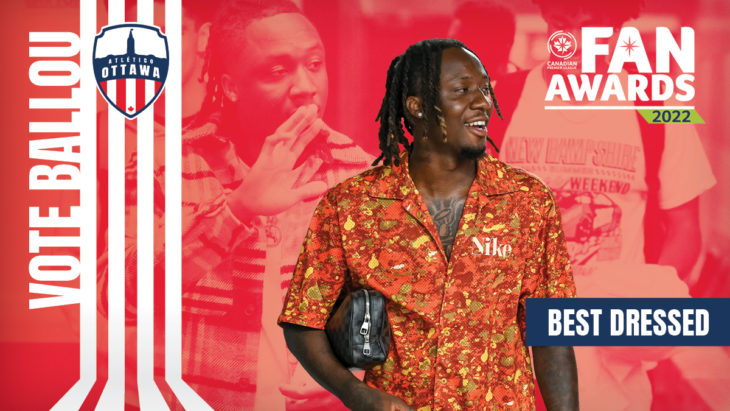 Next up:  Community Moment: Pay What You Can Home Opener in support of Ukraine

What a way to kick off a season, eh?  The Pay What You Want Home Opener supporting Ukrainian humanitarian efforts was incredible. A win in front of 12,000 fans was cool, but you know what was cooler…  those custom Ukrainian National team-inspired kits that we wore and than auctioned off to raise much needed funds. So, go on and  … VOTE VOTE VOTE! 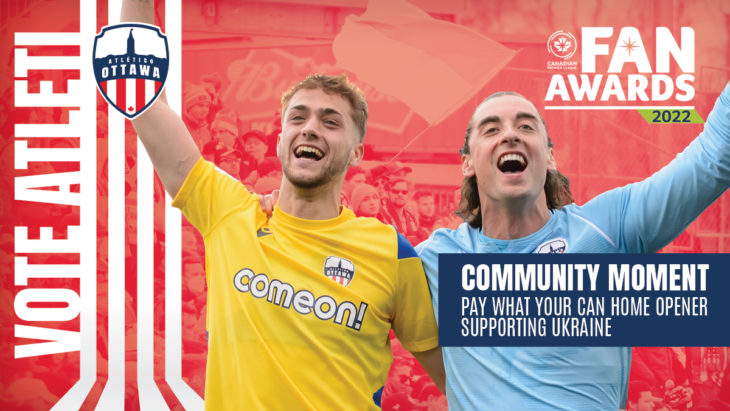 What a way to wrap up a season, eh?  The CPL Final with almost 15,000 in attendance at TD Place was the most attended CPL match in history, in terms of paid tickets. Hats off to the team and to the staff for pulling it off. One thing left for you to do…  … VOTE VOTE VOTE! 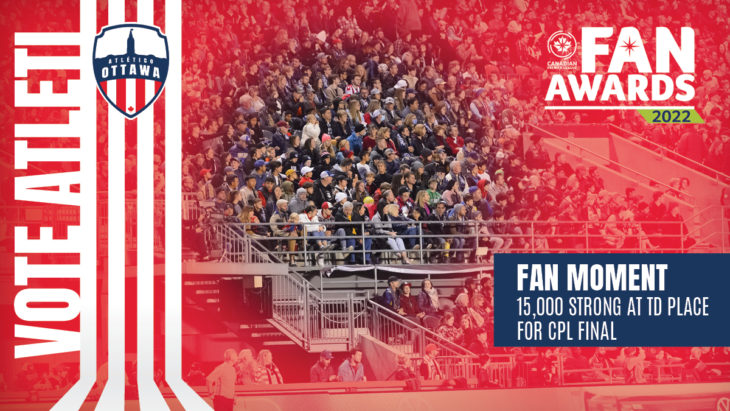