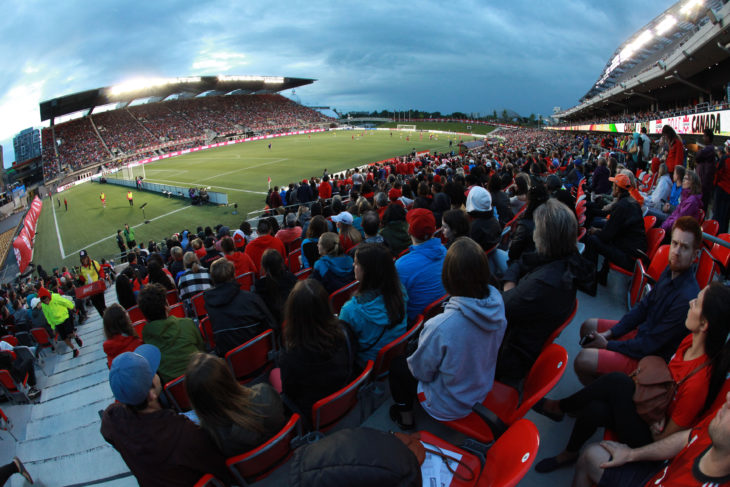 Time to get to work.

Club Atlético de Madrid is bringing professional soccer back to the nation’s capital after a brief hiatus, CPL officials announced this past week.

Ottawa’s new club will hit the pitch in three short months, entering the Canadian Premier League in time for its second campaign in 2020. Of course, with such a short turnaround, there is a lot of work needed to get this new outfit ready.

Club Atlético de Madrid already have a quality stadium to play in with TD Place, so that’s a good start. The Ottawa club will unveil a name, crest, and uniform at a later date – that’s covered too. But these are just a few of many things needed to launch a club by April.

Here are some key tasks that need to be completed as Ottawa gears up for Canadian Premier League football in 2020.

Who will lead this Ottawa side into the Canadian Premier League in 2020 is unknown – and time is running out. While the rumours swirl over who will be the club’s first coach, let’s theorize for a minute: What is the strategy if you’re Ottawa?

With Atlético’s connections, there are two plausible options: Stay local or go for star power.

Many, many great footballers are attached to Atlético, so why not bring in a big name? They did that with their Mexican-operated club, Atlético San Luis, when they signed José Francisco Molina to coach for a few seasons.

CPL-almost legend Diego Forlán comes to mind. The former Valour FC target (yes, really) and Atlético legend hung up the boots last year, only to take up managing former club and Uruguayan powerhouse Penarol at the age of 40.

What’s more realistic, however, is this group picks a Canadian coach. Former Los Angeles Galaxy and San Jose Earthquakes manager Frank Yallop has yet to return to Canada in a coaching role, Mark Watson has been an assistant at several MLS sides, and Nick Dasovic is an option rooted in Canada’s development system.

Either way, there are several ways to go, but they have to be quick.

Reach out to Fury supporters

This was a good week for Ottawa soccer fans, and maybe one they weren’t expecting. After the Fury ceased operations last November, soccer supporters in the Ottawa Valley looked to be years away from being able to support a local team.

While a Godsend, Atlético’s operation will be much more than simply dropping a club on a city. What’s next is the very definition of grassroots, including reaching out to the existing football supporters.

The good news? Ottawa’s supporters group scene is thriving. Bytown Boys and Stony Monday Riot have been long established, with the former outlasting the Fury’s most recent form in the USL and NASL. Atlético needs to make good connections to keep the Ottawa momentum going.

You definitely need these. Training camp starts in early March.

For example, Maxime Tissot and Antoine Coupland represented the Fury in 2019 and are based in the Ottawa Valley. Former HFX Wanderers fullback Zela Langwa is from Ottawa and has been out of a contract since the new year.

This new Ottawa club is no way connected to the Fury and is not obligated to sign former Fury players, but perhaps keeping a few of them around – and holding some level of consistency with some players born or raised in Ottawa – will be a priority.

Here’s your chance to build on Ottawa’s pro soccer foundations.

Maybe it’s a championship run, something the Fury did once with a NASL Soccer Bowl loss to the New York Cosmos in 2015.

In any way, it’s up to this new professional outfit to avoid being a stopgap and change the professional soccer setup in Ottawa.