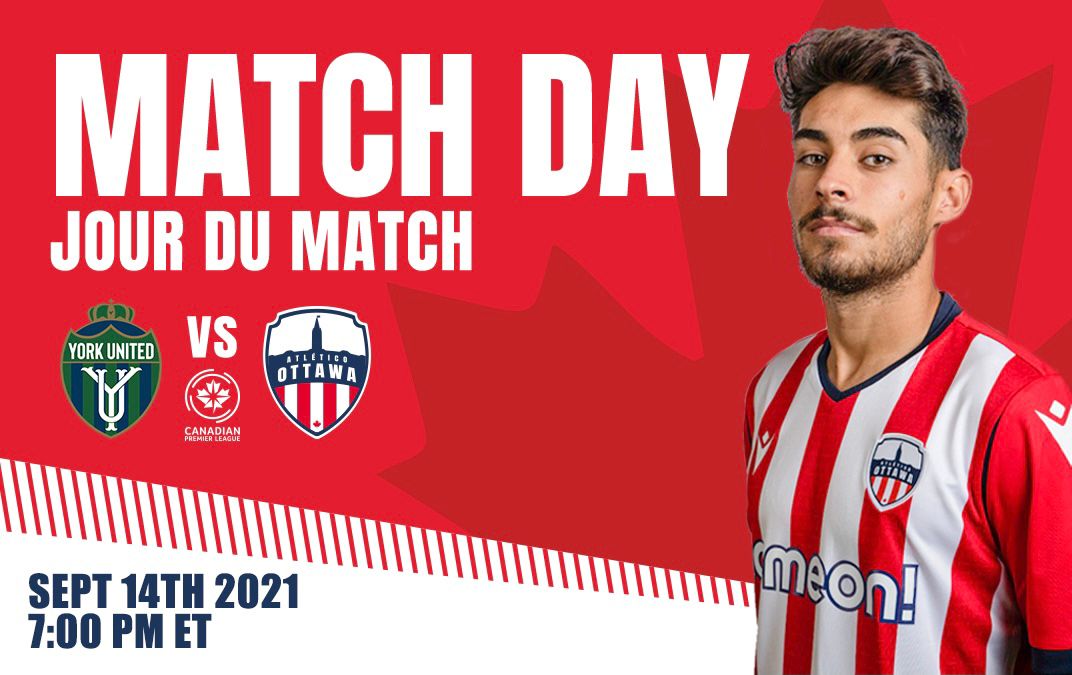 Atlético Ottawa will pay their first visit to York Region on Tuesday night, as they travel west from the nation’s capital to take on a surging York United team.

The Nine Stripes will enter this home clash riding a wave of confidence, after they beat 905 Derby rivals Forge FC on Saturday with a resounding 2-0 win at Tim Hortons Field. Thanks to that result, and a hard-won point on the road at HFX Wanderers FC the Monday before, York now find themselves right in the thick of the playoff race, currently tied with Valour FC for the fourth and final spot on 22 points.

Having fought out that win at Forge over an intense 90 minutes, York will need to recover quickly and try to build on that momentum as they remain in the hunt for that playoff spot.

“We’ve got a little spell where we’re at home, we’re feeling confident at the moment,” coach Jimmy Brennan told reporters on Monday. “We’ve just come up with a result, but a few draws before that, and we want to carry this into the next game against Ottawa tomorrow night.”

Atlético Ottawa, on the other hand, have seen themselves slip out of that picture recently with some dropped points. A late winner for HFX meant Ottawa lost 2-1 at home on Saturday, after falling 1-0 to Forge at TD Place in midweek. As it stands, Mista’s side are firmly in the basement of the CPL with 13 points from 17 games — four behind seventh-place FC Edmonton, and nine back of York and Valour.

This will be the third time these two Ontario sides have met in 2021, with both prior meetings being a draw at TD Place. The first time, Alberto Soto scored a late equalizer for Ottawa to save a 1-1 result for the hosts, and just two weeks ago it was Malcolm Shaw who secured the 2-2 draw for Ottawa near the end of the 90 minutes.

Nothing has been able to separate these teams yet; will we have a winner this time around? 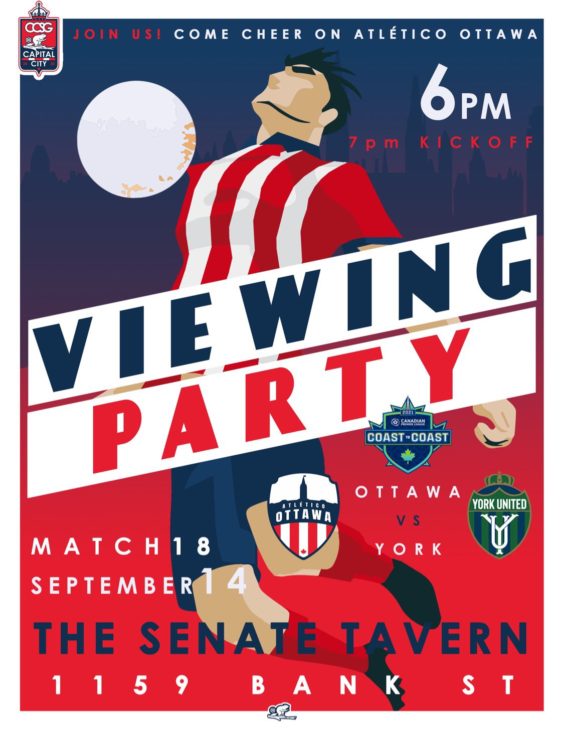 “The luck has avoided us this season, but this is where we need to continue. We cannot stop now.” — Atlético Ottawa head coach Mista

“We’ve got to make sure that we start right and continue that momentum and that effort we put in the other night against Forge; it’s got to be the same if not better.” — York United head coach Jimmy Brennan