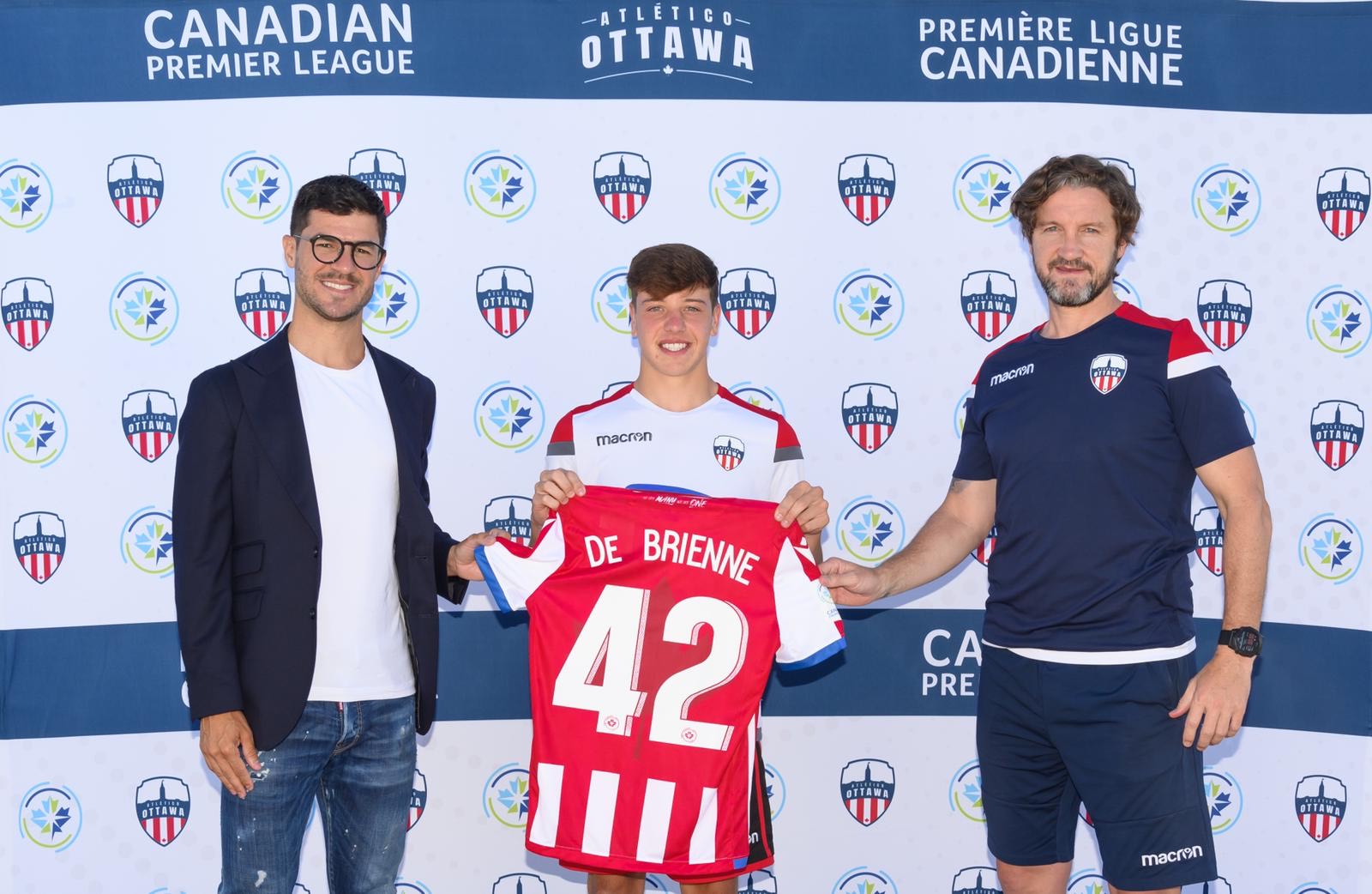 Ottawa, ON (July 31, 2020) – Forward Matteo de Brienne has signed with Atlético Ottawa today. The Nepean, Ontario native joins the club from the Vancouver Whitecaps U-19 team.

De Brienne, naturally a left winger, appeared nine times for the Whitecaps U-19 outfit scoring one goal in the 2019/20 season. At just 18 years old de Brienne will be the clubs third youngest player after Antoine Coupland and Gianfranco Facchineri.

“We are delighted to announce Matteo as an Atlético Ottawa player, with his addition we continue with our philosophy of working together with the local soccer community, incorporating talented young players to our squad and giving opportunities to the future generations,” said Fernando Lopez, CEO Atlético Ottawa.

De Brienne, a product of Ottawa South United, has been a part of the Canadian men’s youth team set up since the U-14 level and has also featured for Ontario provincially at the U-15 level.

“To be part of such a great organization, in my hometown town, where it all started for me, is truly unbelievable. I am thankful to Atlético Ottawa for giving me my first professional contract,” said de Brienne. “Ottawa is a great city. It has phenomenal and dedicated fans, and I can’t wait to be part of the club’s success and make this city proud.”

Atlético Ottawa is the Canadian Premier League’s 8th Club who joined the league in 2020 and will play their inaugural matches in August at The Island Games in Charlottetown, Prince Edward Island. Learn more about how you can support the Club and its exclusive membership program The Collective here. Follow @AtletiOttawa on Facebook, Instagram, and Twitter.