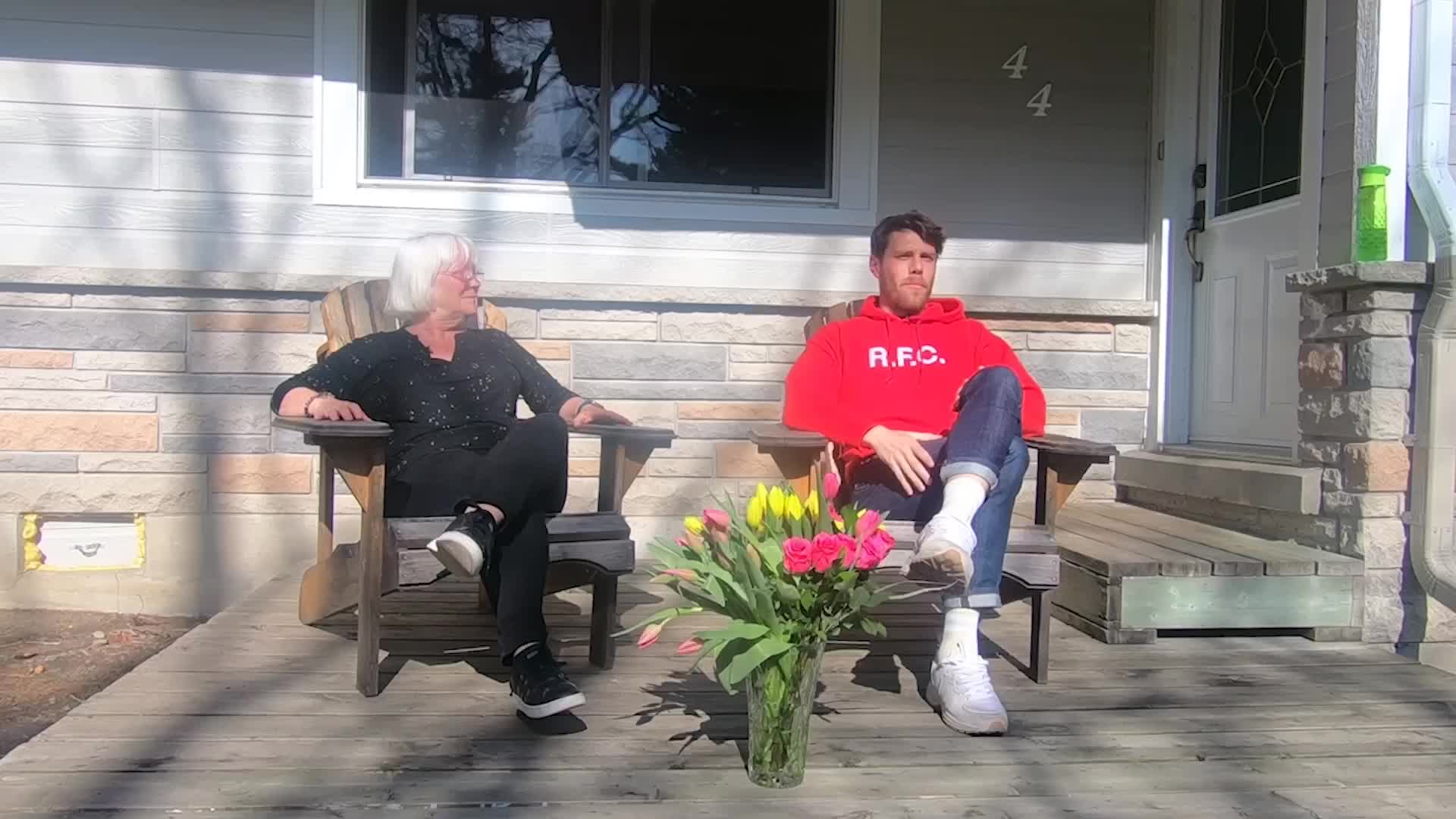 As the nation celebrates Mother’s Day on Sunday, Atlético Ottawa is focusing on the players’ maternal figures of influence and we were fortunate enough to be invited to the childhood home of Maxim Tissot to meet his mother Jo-Ann.

Tissot, born and raised in Gatineau, started playing soccer in arguably the most Canadian way possible – on a lake’s frozen surface, and Jo-Ann’s cries of support have followed ever since.  “I remember coming back and playing for Aylmer and every time we had the chance to score you could hear my mum screaming on the sidelines,” Tissot laughed as he sat next to his mother in front of their home.  “It’s definitely a recurring theme, my mum’s enthusiastic cries, but they’re some of my favourite and most vivid memories. Even when I’d be playing away games we’d speak on the phone after and joke that I could hear her cheering all the way from home.”

The 30-year-old defender has had quite a career, playing for Montréal Impact, across the United States and most recently in Hamilton. Distance from families is one of the prices professional athletes must often pay, but Jo-Ann has made the effort to follow his career as closely as possible.  From travelling across North America to installing internet in their remote cottage just to be able to watch his games, Jo-Ann has remained a dedicated supporter, although his return to the Capital has made it a lot easier for her.  “I’m just so happy he’s close to home again,” said Jo-Ann. “With all the years he’s spent away, it’s honestly one of my favourite thing to do, going out and watching Maxim play soccer.”

In the pursuit of his dream, Jo-Ann explained just how hard it was to drop off a young Tissot in Montréal as she ‘cried all the way home’ and ‘called him every night’.  “I did this for the first three nights,” Jo-Ann reminisced with a slight laugh in her voice. “That was until he told me – ‘Mum, you can’t call me every night. If I need you, I’ll call you’ – I couldn’t believe it. 14-years-old and he’s telling that!” A sentiment every parent who has dealt with a teenage child can relate to, but the Atlético Ottawa defender admitted it wasn’t as easy as he had thought it would be,

“In my first year in Montréal, I had two weeks off for the Christmas holidays,” Tissot explained. “I found it really hard to go back to the rigorous training routine and was questioning if soccer is what I wanted to do. I was struggling.

“I’ll always remember calling my parents and how my Mom calmed me down. Without that conversation I really don’t think I would’ve been a professional footballer – I think about that call quite often,” he added, exemplifying the importance that sometimes small conversations can have on the lives of children.

Since Tissot’s return to the Nation’s Capital, Jo-Ann hasn’t missed a game at TD Place. However, having him back living in their family home, it’s one of the defender’s off-the-field abilities that’s come to be most appreciated.  “I know he’ll be leaving again at some point, and that will be hard,” Jo-Ann explained. “So I’m just trying to make the most of every little moment, and he makes the best coffee in the world! But he hasn’t made me any in the last couple of weeks,” she added with a wry smile.

Jo-Ann, like many of the other maternal figures in the Atleti family, were recognized during the match against Pacific FC this past Saturday.