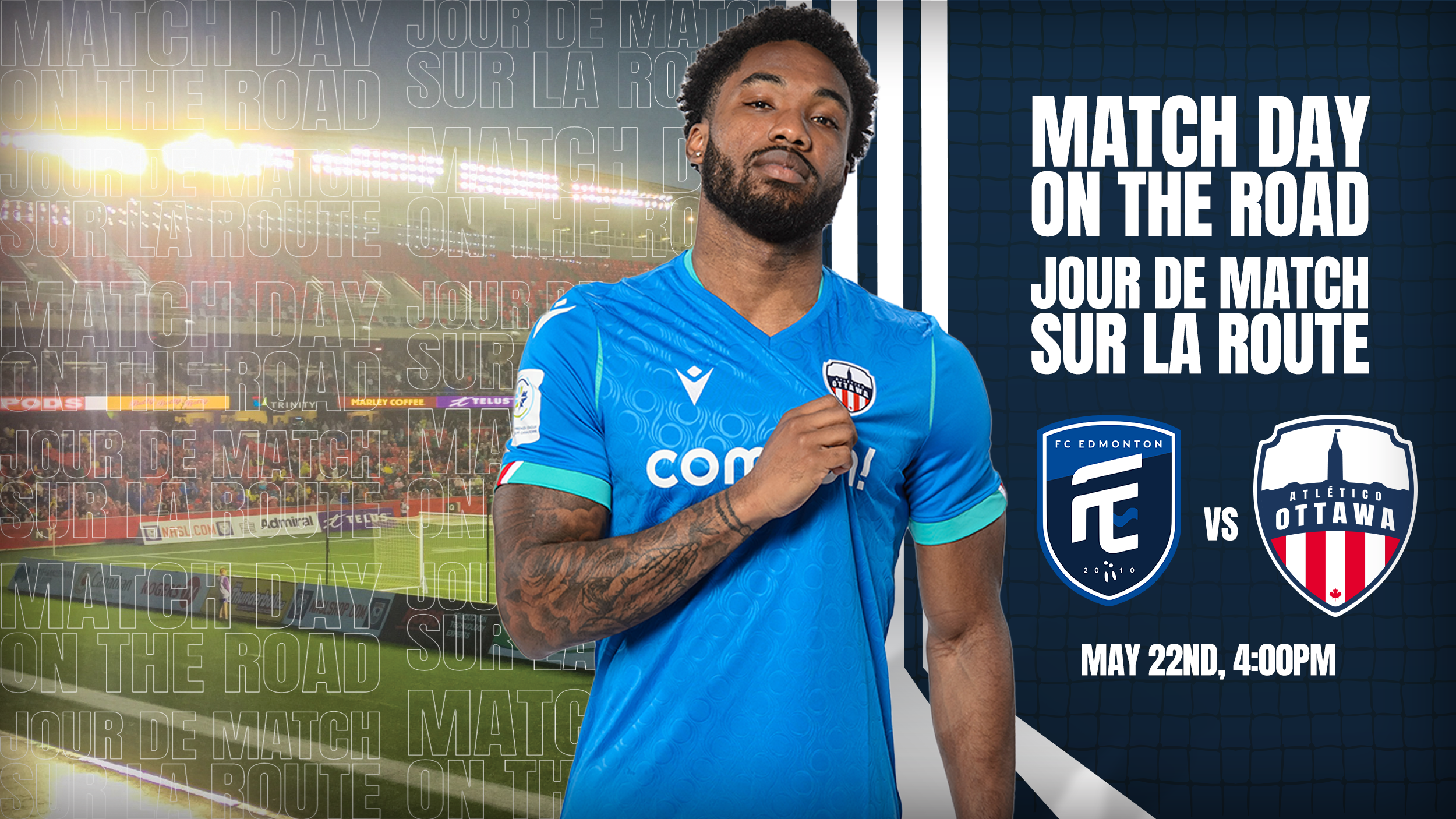 This weekend’s action in the Canadian Premier League concludes in Edmonton on Sunday as FC Edmonton host Atlético Ottawa at Clarke Stadium in the Albertan capital.

After serving a one match ban, Ottawa head coach Carlos Gonzalez is also back with the club and able to return to the sideline. Assistant coach Kwesi Loney filled in their last game — a 1-1 draw on the road against Forge FC. Ollie Bassett finished off an impressive team goal to give his team a 1-0 lead in the 16th minute, but a long range goal from Forge youngster Noah Jensen earned The Hammers a point at Tim Hortons Field.

What a finish from in tight 🎯 @OllieBassett28 gives @atletiOttawa the lead in Hamilton #CanPL l 📺: @onesoccer
pic.twitter.com/skvyjO2MS0

The Eddies were less successful in their road game, as they went west to play the reigning champions Pacific FC. Alejandro Diaz continued his start to the season with a goal in the 10th minute, before Josh Heard doubled the home side’s lead just after the hour mark. Wesley Timoteo pulled one back for FC Edmonton in the 73rd minute, but they couldn’t find a second and lost for a third league game in a row, and fourth in all competitions.

The Edmonton Oilers are in town as well on Sunday, a couple of kilometres away at Rogers Place for game three of their Stanley Cup playoff series against the rival Calgary Flames. Their success over the past few weeks has built up a bit of momentum in the city, one that Koch hopes will have a positive effect on his team as well.

“Being in a city in Canada that’s in the NHL playoffs is awesome,” Koch said on Friday. “You see orange, blue, and Oilers jerseys everywhere you go. It brings a lot of positive energy to the city and we would love to be part of that. We’re 100% behind the Oilers. The more success a community has, the more that helps everybody else in the community.”

The Eddies currently sit at the bottom of the CPL standings, with three points from seven matches and a 0-3-4 record. Ottawa have started the season well and are part of a congested pack in the middle of the table, with eight points from six games and a 2-2-2 record. A 6-1 defeat at the hands of Valour FC a few weeks ago has left their goal difference in the negatives, something that they’ll hope they can wipe out with a string of positive results.

The two sides have played each four times since Atlético Ottawa entered the league ahead of the 2020 CPL season. The Eddies are yet to beat  Sunday’s opponents through four meetings, with the sides drawing twice, and Ottawa winning the other two. Their most recent meeting came at Clarke Stadium in October, a seven-goal thriller won by the capital club in a battle of seventh versus eigth.

Brian Wright scored twice in the opening half on either side of a goal from Azriel Gonzalez, before strikes from Ben McKendry and Alberto Soto saw Ottawa up 4-1 before the hour mark. Adam Najem scored for The Eddies a few minutes after Soto’s tally, before a Fraser Aird penalty made it 4-3 with about 15 minutes to go. The Eddies pushed to complete the miracle comeback, but weren’t able to find a fourth.

All CPL matches are available to stream on OneSoccer, or on TELUS Optik TV Channel 980.

“I think they’re the club that had the best offseason, they brought in some top players. I wasn’t surprised to see them come out of the gates blazing, and we know it’s going to be a tough challenge.” — FC Edmonton head coach Alan Koch

“It’s not going to be an easy game, as any game in the CPL. Edmonton, I feel, are a very organized team, I think that they’re competing well against every team, they are not giving easy games. They have young players, very energetic, very vertical. I trust my team and I trust the work we’ve done during the week, and I hope we can bring home the three points.” — Atlético Ottawa head coach Carlos Gonzalez