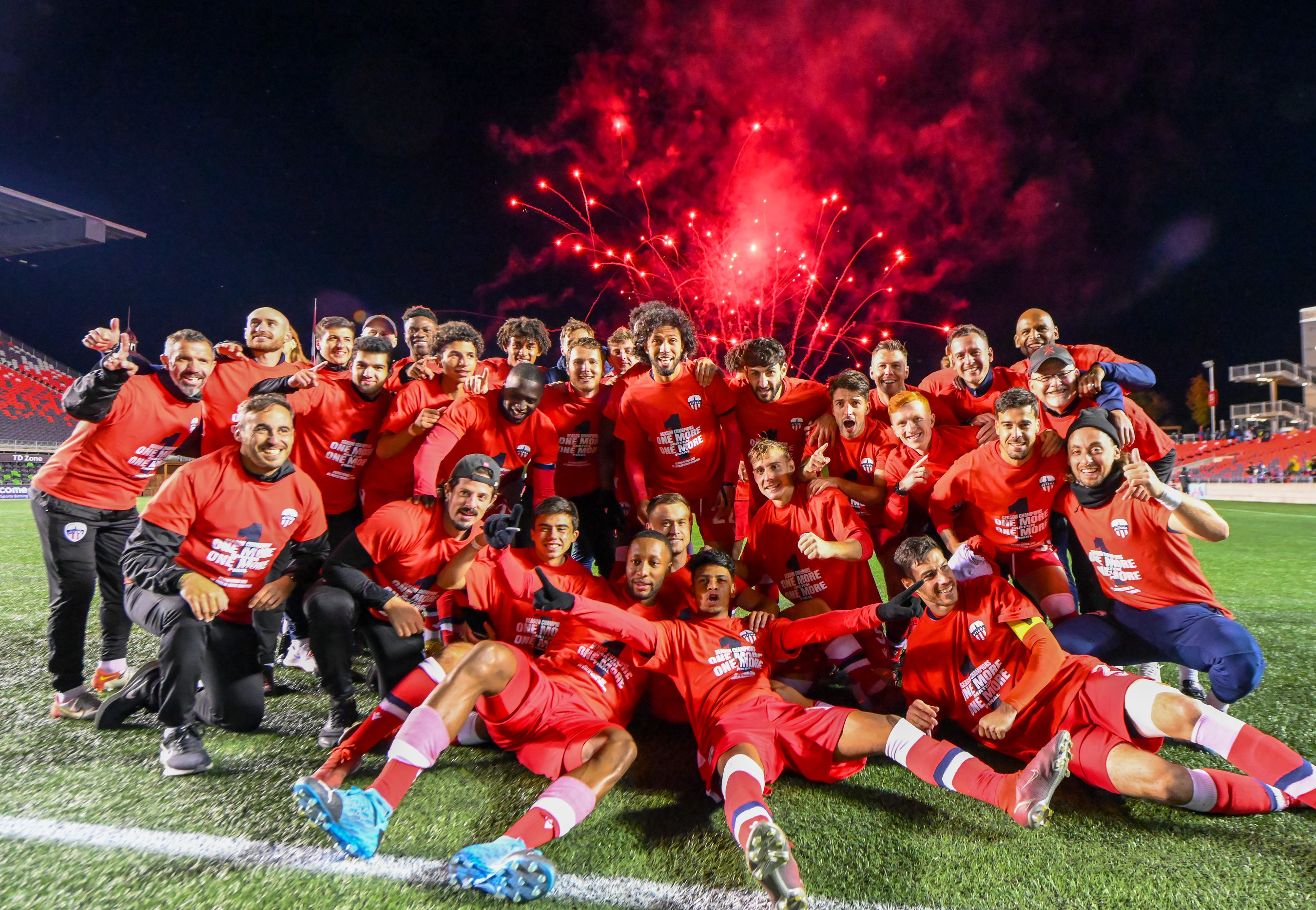 An enthralling season in the Nation’s capital has come to a close as Atlético Ottawa add their first piece of silverware to the trophy cabinet. From worst to first, Ottawa finished as regular season champion and, after an inspiring playoff run, would host the Canadian Premier League final in front of 15,000 fans at TD Place.

There may not have been a storybook ending for the players on the field but the way in which soccer has grown within the Ottawa community this season is a prize unto itself – and as captain Drew Beckie said after the final game: “We haven’t quite quenched our thirst for success”.

But before we start licking our lips at the prospect of another season under the tutelage of Head Coach Carlos González, let’s take a look back at 2022.

Moment of the Year

What other than bringing the Canadian Premier League final to the great city of Ottawa. All photos from our incredible photography partner Freestyle Photography, taken by Matt Zambonin. 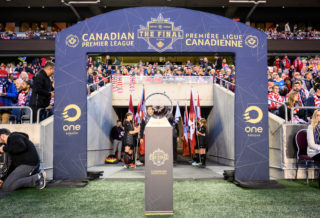 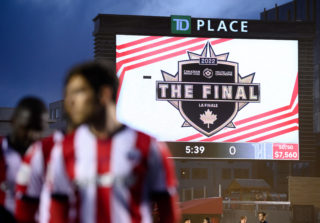 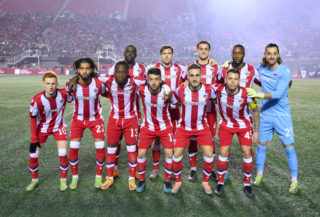 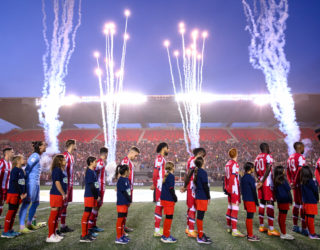 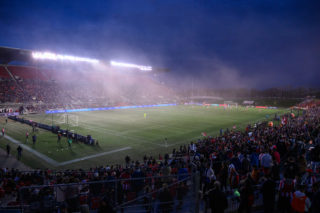 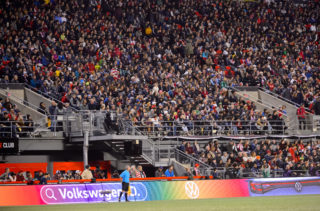 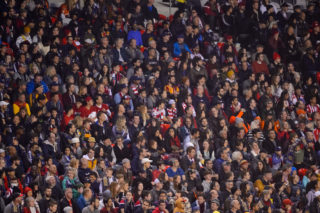 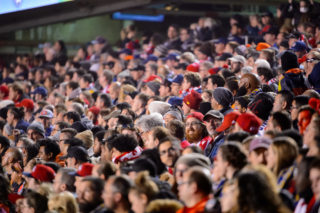 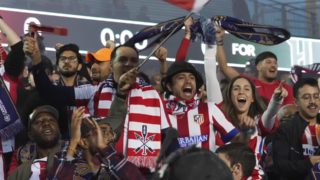 Almost 15,000 people came out to cheer on their local soccer team in the final chapter of the 2022 season as the club, and soccer, continues to cement a place in the sporting landscape of the Nation’s Capital.

The ardent fans that stuck with the team so passionately in 2021 were out in full force throughout the season and seeing them surrounded by thousands upon thousands of other spectators was a glorious moment in Atlético’s young history.

Goal of the Year

If you’ve been following the team this season, you’ll have more than just a little idea as to which goal we are awarding this to. However, if you’re new let’s take a quick look:

“The audacity,” cries out OneSoccer commentator Adam Jenkins and it’s hard to argue with that. Attempting an acrobatic bicycle kick at any point during the game will be considered quite an outlandish piece of improvisation.

To attempt to do so from outside the penalty box, and execute it perfectly, is simply extraordinary and, as Ballou Tabla admitted himself, is the best goal the talismanic Canadian forward has ever scored.

In the end, a historic season was capped off two nights before the CPL Final when Head Coach Carlos González – Coach of the Year – and midfielder Ollie Bassett – Player and Players’ Player of the Year – were awarded personal accolades for their accomplishments.  Bassett was also the recipient of the Supporters’ Player of the Season.

Biggest Surprise of the Season

It’s hard to pick a single moment from such an incredible campaign.

From the growth of the spectacular Diego Espejo in the heart of the defence – moving to a new country and learning a new language at just 19 years of age and excelling in the way Espejo did is more than a little noteworthy – to securing the services of the Kuwait National team’s manager Carlos González there was so much to come from this incredible campaign.

So we’re to bail out a little here by saying: “Started from the bottom, now we’re here”.

And a shoutout to Bryce and his son for building and putting up the Olliewood sign each and every match.

Match of the Year

The first instinct is to jump to landmark moments, the away wins in Calgary that provided substance to the title charge, fantastic road support away at York United or the first-ever wins at Starlight Stadium and Tim Horton’s field. As Atlético’s form away from home would suggest, all of those performances came on the road so we want to choose something closer to home.

It’s a close call between the victory over FC Edmonton as the heavens opened, almost stopping play entirely. The way in which devoted fans, not just in “The Dub” but throughout the stadium stayed in their seats was a galvanizing moment but, when it comes to the drama of the game nothing will beat the 3-2 win over HFX Wanderers as Iván Pérez scored a late winner, and his first goal for the club.

AT THE DEATH! 💀@atletiOttawa stun @HFXWanderersFC with a stoppage time goal mere minutes after the visitors had equalized

Quote of the Year

Atlético Ottawa’s style of playing, focusing on remaining resolute defensively and shipping as few goals as possible drew raised eyebrows throughout the league – predominantly because, perhaps surprisingly, it was so successful.

Our quote for the season exemplifies just that as, speaking to OneSoccer ahead of the final, goalkeeper Nathan Ingham gave some insight into the philosophy and the player buy-in: “There’s no secret – it’s about commitment. It’s having 11 players buy into the idea that our coach Carlos González shared with us at the beginning of the year; to enjoy defending and to enjoy suffering. This group does that.”

“Enjoy defending, and enjoy the suffering it brings”@AtletiOttawa | #CanPL

As the world learns to live with COVID-19, 2022 was Atlético’s first season uninterrupted by the pandemic. This allowed the club to start forging bonds with our local community as players visited schools, soccer teams and beyond. Very proud of some of the work we did in the community and at our matches, like raised 300+ kids books for Twice Upon A Time and finding a super sweet rescue dog named Shadow, a fur-ever home.

We are incredibly excited to continue deepening our bonds and striving to have a positive impact in our community in 2023.

Unforgettable Moments from 2022: In Video

The Atleti Beach Party was some fun in the sun…

Unveiling the 2022 Alternative Kit with Supporters

Yes, 2022 was an incredible journey, but we are just getting started. Consider joining us for the 2023 Season, with a Season Seat Membership. Lots of perks and benefits which you can see HERE.