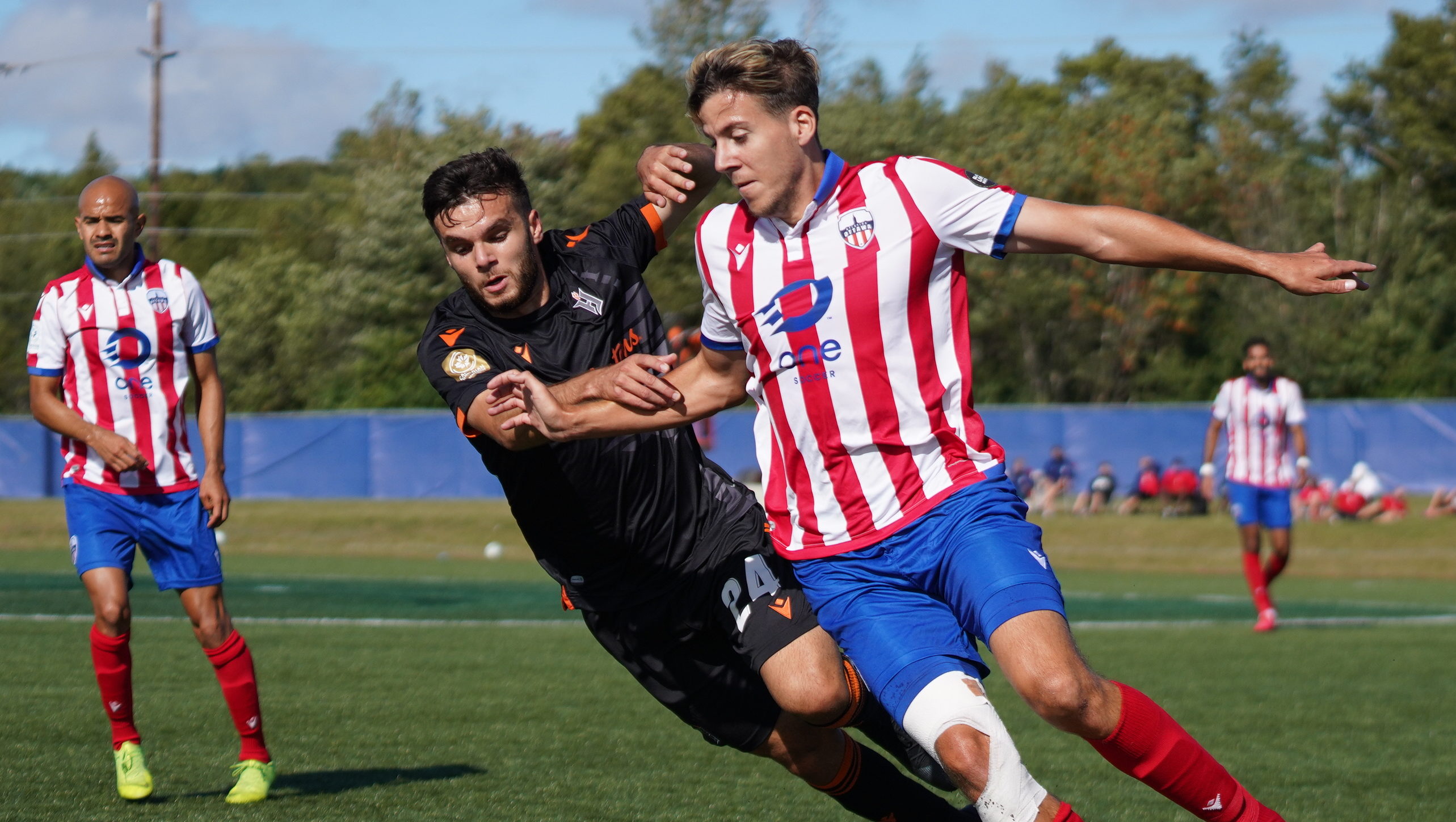 After Saturday’s results, the math has become quite simple for both these teams when they meet in their final first-round match at The Island Games on Sunday.

Both HFX Wanderers FC (fourth in the table, nine points) and Atlético Ottawa (seventh, eight points) would punch their ticket to the second round with a win. HFX, actually, could also clinch with a draw — they hold the tiebreaker over York9 FC (third place, 10 points).

Both sides are coming off clean sheet victories on Wednesday, although they were extremely tight contests. HFX punished Valour FC’s mistakes and nicked two goals to win despite being pinned back, and Atlético Ottawa needed until the 90th minute to break their scoreless deadlock with Pacific FC.

Still, the two clubs have fought hard enough in their six games in PEI to remain firmly in the conversation on the final matchday of round one.

Wanderers coach Stephen Hart said on Friday that he’s hoping to keep the nerves in check on Sunday; he felt his side looked a little jittery against Valour, and he’d like them to relax and return to the confident press they showed in previous games.

Things are a little tougher for Ottawa, who must win to clinch; a draw wouldn’t be good enough for them, which may force them to stretch out a little bit.

Either way, one of these teams will be playing next week.

RELATED READING:  Hart calls for Wanderers to play ‘without any fear’ vs. Atlético

“I’ve always told them, winning is a byproduct of consistent performances. So if they can come out, do their best — which is all I can ever ask of a player — put down the performance that they’re capable of, then in theory you should get a result from the game.” – HFX coach Stephen Hart on Sunday’s game.

“We have to transmit calmness to the team. We need to be level-headed. Having four days between this game and the next is a plus.” – Ottawa coach Mista heading in to Sunday.

First meeting between these clubs.