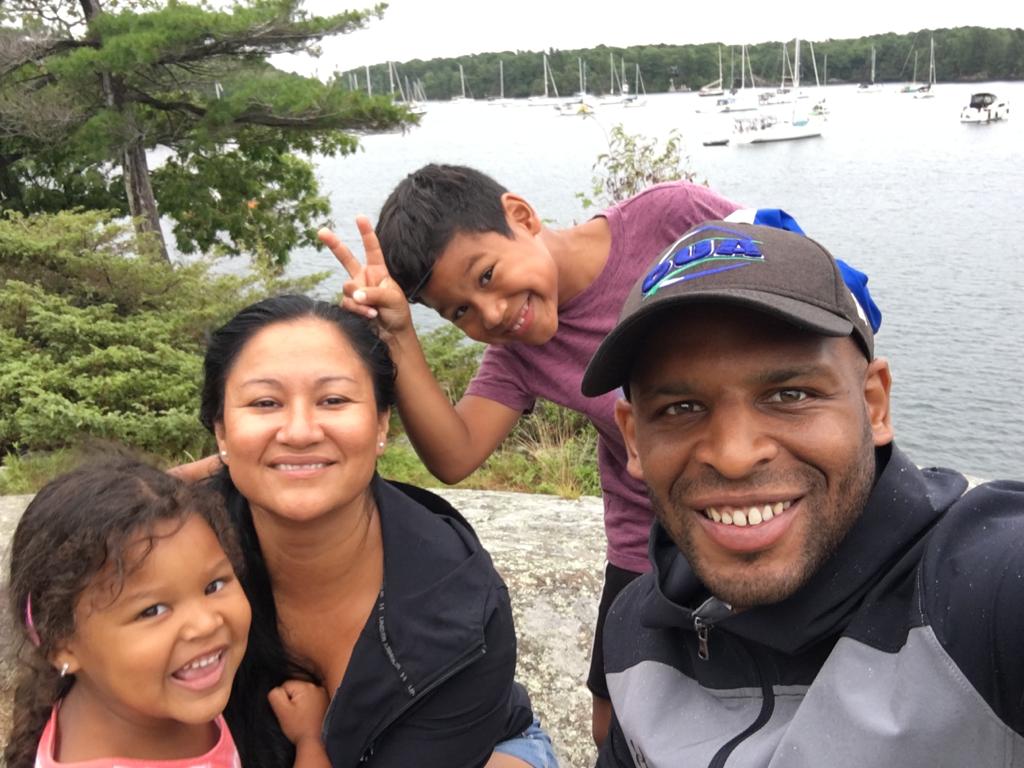 A ‘solid work ethic’ and ‘treating life like a playground, not a test’ have been instrumental in Loney’s rise from the pitches of Scarborough to the Atlético Ottawa touch line.

There are no days off in the life of Kwesi Loney. Father of two, head of the Carleton Ravens soccer program and now Atlético Ottawa assistant coach – his hands are pretty full.

Returning from their trip to Edmonton, the team was granted some time off, which became an opportunity for Kwesi to catch up on Ravens related work. Soccer is an everyday passion for him and often the topic of dinner time conversations.

“To be honest with you, my wife probably wants less of it,” he laughed. “Our conversations are dominated by what’s happening on the field, or the interactions I’ve had with the players. It’s an amazing experience for me, so I come home and I’m excited.”

Working for a professional soccer club in the heart of Canada; it’s a dream come true for the young boy raised in Scarborogh’s “tight-knit west indie community”. There, a young Kwesi would start to formulate his own relationship with soccer – pillared by hard work that demanded seriousness on the field, but was complemented by joy and a sense of community off of it.

These lessons would be, unbeknownst to him at the time, the foundations of his coaching career.

“He’s just so approachable,” explained Kyle Potter, a Carleton Ravens goalkeeper who has been training with the Atlético Ottawa team this season. “One of the biggest perks about university is its a place to help build your character – especially when it comes to the off the pitch element of being an athlete.”

It’s hard to come by someone from the Carleton set-up that has a bad word to say about their Coach. Potter pointed to numerous examples of former-teammates who are now “leaders in the real world” because of the values that Kwesi has instilled in them.

Leaving the comfort of his Scarbrough community was, Kwesi admitted, a daunting task and recalls the importance of his relationship with former-Carleton Ravens head coach, Sandy Mackie.

‘“He gave me something I’d never had outside of my family construct,” said Kwesi. “Both a disciplinarian and a coach that gave me guidance as to how to live my life, how I needed to be as man. He made me captain and taught me how to be one, that I wasn’t going to be popular all the time. He taught me how to make hard decisions.

“The enjoyment came from my family roots, but Sandy taught me how to maintain standards and relationships at the same time.”

He would take over from Mackie in 2017 and built a program at Carleton that culminated in Kwesi being awarded 2019 USport Coach of the Year. His Ravens program boasts many recent success stories, with players transitioning from USports into the world of professional soccer. Those relationships, however, date back a lot longer than that.

Potter has known the man he refers to as both a “mentor and a second father” for over five years and although soccer brought them together, the young goalkeeper cherishes their conversations about life as much as any professional advice Atlético’s Assistant Coach has to offer.

“Relationships are built on sincerity, integrity and honesty,” Kwesi explained. This is a principle he has applied across age groups, delivering the same messages but tailoring the language to the audience, including here at Atlético Ottawa. From high praises to harsh realities, Kwesi relies on a direct approach which he believes nurtures trust.

“If there’s no trust we won’t build a relationship and they won’t value what I have to say,” he continued. “They need to know that I care but, being able to maintain that positive relationship is very unique in this environment. It’s a professional world, everyone is on a contract and they have a job to do, but we can’t forget the human element.

“At university it’s a little different, they are at a younger age, exploring themselves. There I’m not only building a professional, I’m helping build a human being.” 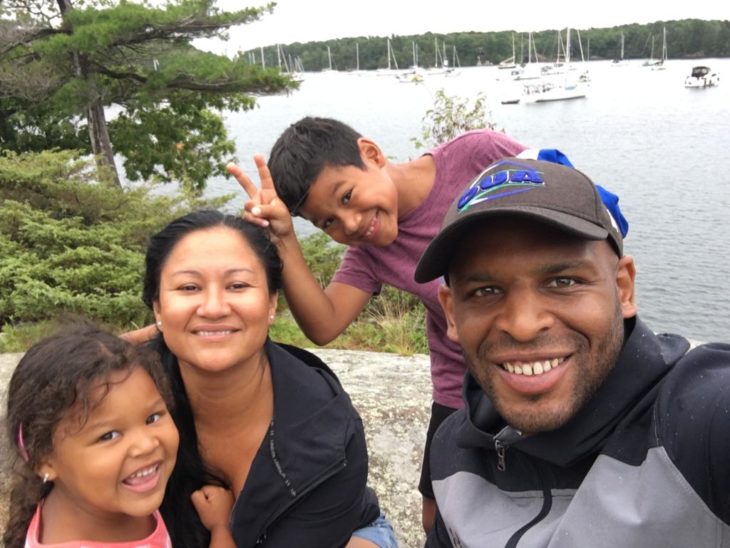 Kwesi is helping his wife build human beings at home too, with a son and a daughter both under the age of 10 and are already playing the game. Containing the coach within the dad, however, can require a little bit of work. Soccer won’t be imposed on them, it won’t be pushed as a career, but instilling an understanding and a love for the game is important to the Loney’s. 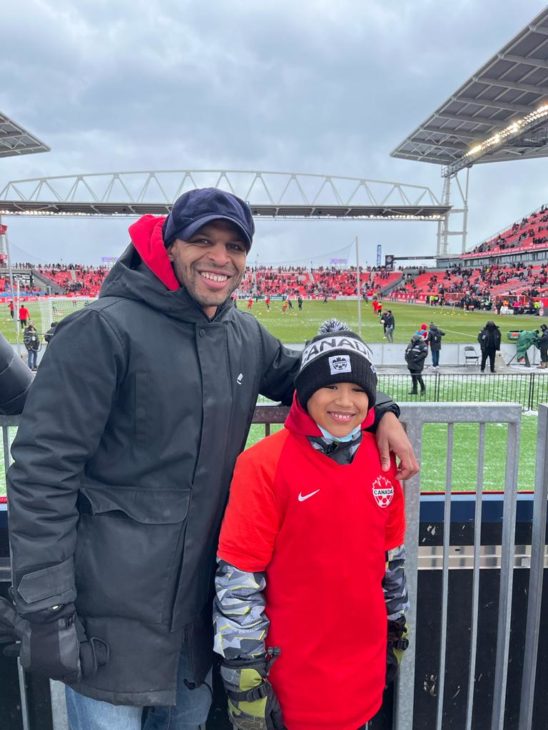 Their son, the elder of the two siblings, is already curious about his Dad’s relationships with the players, eagerly engaging in those dinner time conversations.

“I look at myself when I was a kid and what I would’ve wanted my Dad to share with me in this position,” he revealed. “When I tell the players about my son, they are all excited and tell me to bring him by.

“I find that so important, that they take an interest in my life. With the amount of time we spend together in the club it’s key to remind each other that there is a life outside of this.”

Work ethic – that’s the bottom line for Atleti’s Assistant Coach and the core value he aims to instill in his kids. Fun, he says, comes naturally, but hard work and respect led a young boy from Scarbrough to working for one of the world’s leading soccer organizations.

“It’s really about the life lesson you’re learning through a team sport.,” said Kwesi. “Did you support your friend, did you talk to your teammates, are you respecting what your coach is saying?

“Are you coming off that field covered in sweat, with a smile on your face? That’s more important than making the right pass and taking the right shot.”

At the professional level, the demands are slightly different. As he evolves as a coach, and as a man, Kwesi not only imparts lessons, but keeps learning some too.

“When I was presented with the opportunity to be Atlético’s primary assistant coach I was a little overwhelmed,” he revealed. “It was obviously very special for me at the same time, coaching positions here in Canada are very limited.

“I don’t come from playing in the professional game, coaching a national program or anything like that, I worked my way up through the youth system, then college, then university. Now I find myself working at the top of not only a prominent CPL team, but a club with roots to one of the biggest team’s in Spain. It’s such a surreal experience.”

There it is again, that work ethic and dedication on show for a man who continues to rise – without getting carried away – walking into the building everyday and appreciating each moment. “I always treat it like the first time,” he said, before showing his appreciation to González and CEO Fernando López for their trust in him. 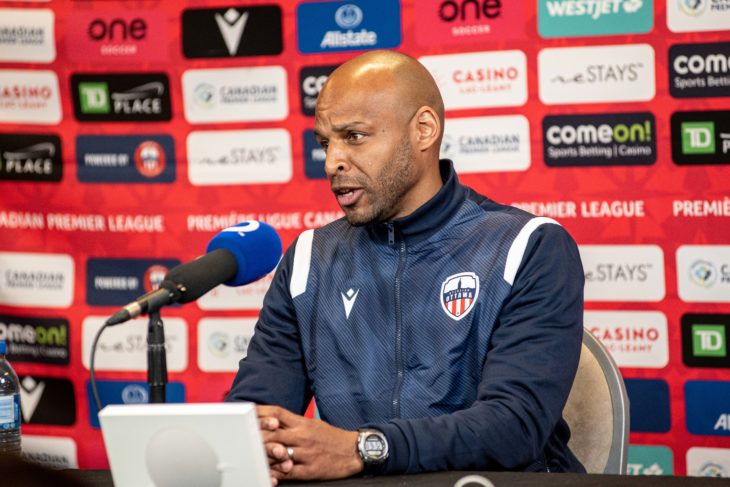 “I enjoy the everyday interaction with the coaches and with the players,” he said. “They have such a wealth of experience and travel with so many different perspectives on the game, but also life. I’m learning from them while sharing with them my journey, where I come from and how things were done in my neck of the woods.”

Work-life balance is a complicated equation at the best of times, and having dedicated his summer to Atlético (a time he would normally have ‘off’), Kwesi is missing dedicated family time. The club and more importantly, his wife, have been supportive of the efforts made to try and strike the balance that coaches across all levels have to deal with. 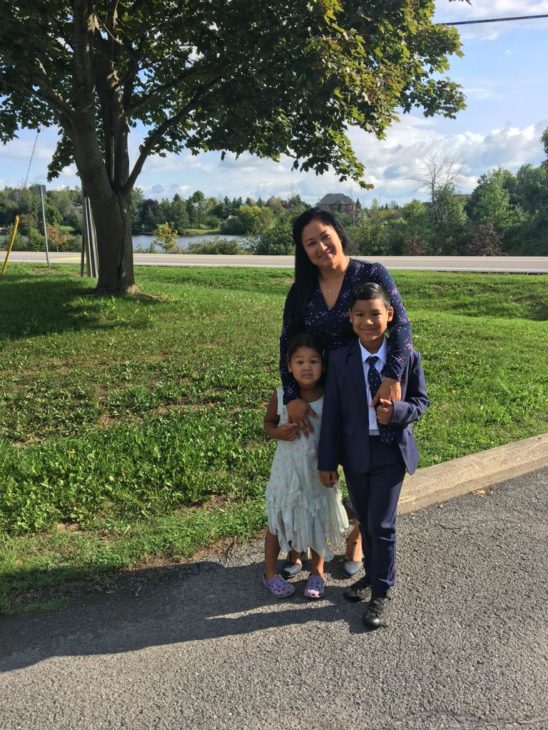 “People don’t always realize that, as a coach, I am giving up my time with my kids to spend with other people’s kids,” he said. “Parents can give coaches a hard time, and we chose to be in this role, but when I leave training I’m spending an extra 3-4 hours trying to figure out how to get your son to be a better player, to be a better teammate, to be a better person.

“And all that time, I’m not spending it with my own kids,” it’s part of the job but that balance can always be improved.

At times it can feel like there aren’t enough hours in the day, or even days in the week but Kwesi goes the extra mile for the people in his life. During the pandemic, the only way he could watch his son play soccer was signing up to be a coach – a role he still holds today. His daughter’s soccer team was going to disappear due to a lack of volunteers, and Kwesi stepped up again. 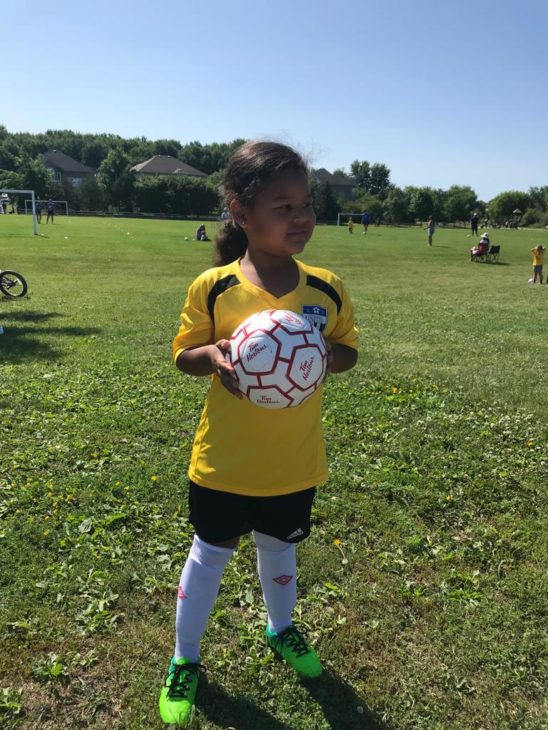 “I’m just trying to stay humble,” he finished. “I treat life like a playground and not like a test, everything is about joy. Find those moments of enjoyment. Fortunately everyone understands that I have kids and a family and they allow me to prioritize them and I really appreciate that.

“You just don’t want to lose those moments when your kids are young and problems can still be solved with a hug and a kiss.”

Hugs and kisses may not be the everyday treatment for the Atleti players, but a man from humble beginnings showcasing just how far hard work and determination can take you is a shining example for everyone to follow.