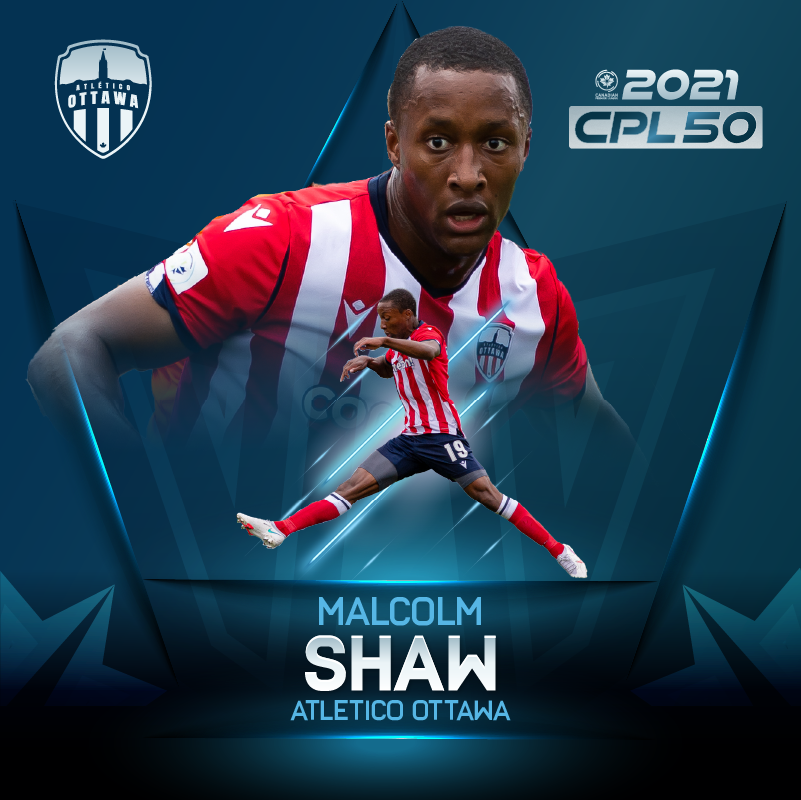 Welcome to CPL50, a series where we’ll reveal the top 50 players from the 2021 Canadian Premier League regular season, as voted on by a panel of coaches from all eight teams and media from OneSoccer and CanPL.ca.

For more information on the voting process and method, click here.

After impressing at the Island Games last year, Malcolm Shaw entered the 2021 Canadian Premier League season looking to build on the shortened 2020 campaign.

He rose to the challenge in Atlético Ottawa’s first full season, becoming one of just five players in the league to score 10+ goals this year, finishing with exactly 10. He played in all 28 regular season matches for Mista’s side, and also led the team in shots (38) and shots on target (20).

A good finisher, and strong with the ball at his feet, Shaw established himself as one of the best strikers in the league in 2021.

He scored the club’s first goal at home at TD Place, in their first-ever home match in front of more than 12,000 fans. It was the equalizing goal in what would finish as a 2-1 victory for the home side.

Malcolm Shaw with the equalizer for Ottawa’s first ever goal at home! #ATOvHFX | 📺: @onesoccer pic.twitter.com/Obe8sSXDJC

Shaw won the Ottawa fans’ Player of the Year award for his efforts and is the third Ottawa player on this list, ahead of Miguel Acosta (#44) and Alberto Soto (#26).

The 26-year-old from Toronto, Ontario also spent time playing in Sweden and in the NCAA before coming to the CPL.

The rest of the CPL50 countdown is available here. Five more players will be revealed per day until December 22.