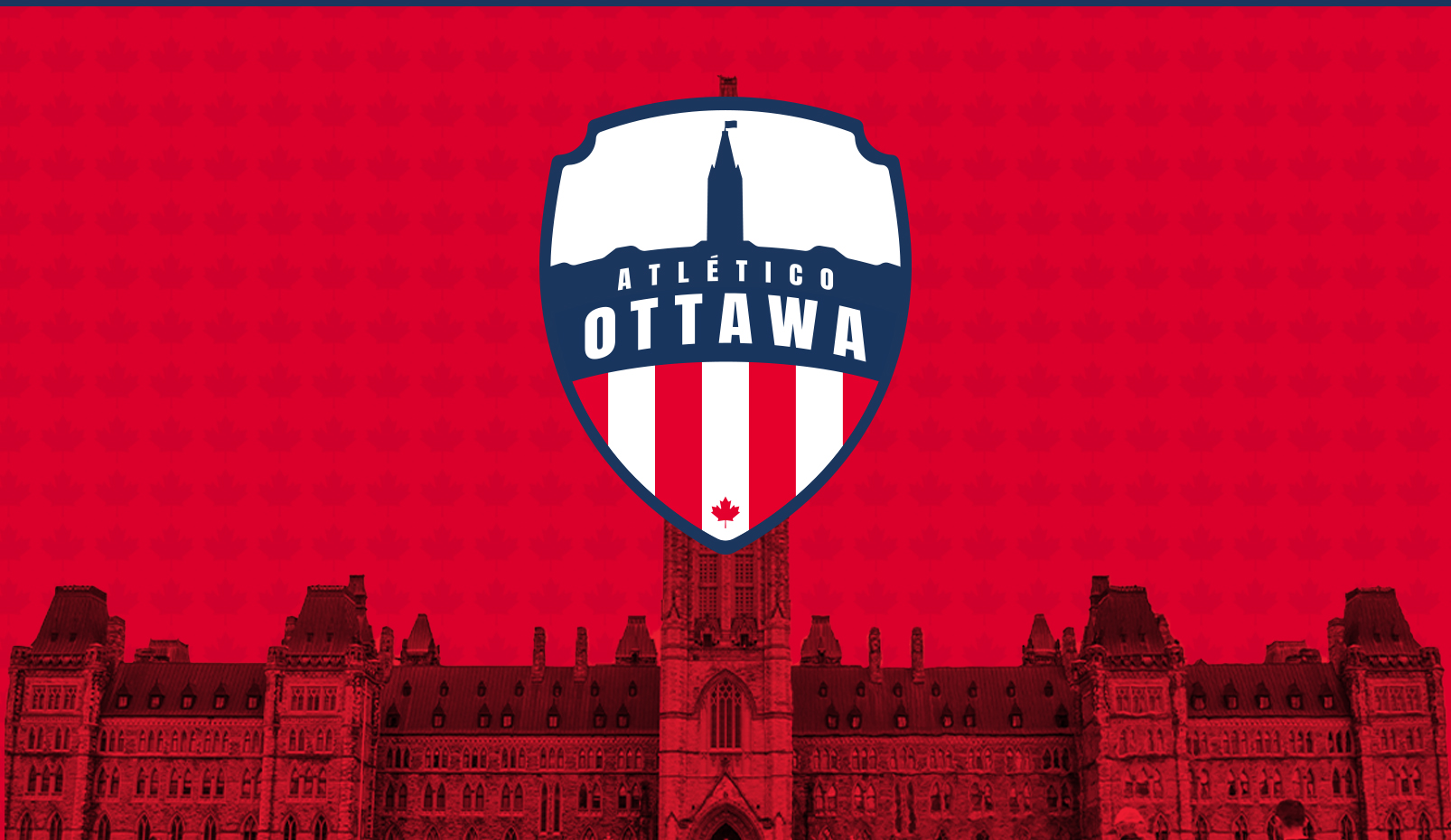 The CPL formally brought the city of Ottawa into the fold on Tuesday, announcing the team name of the league’s first expansion franchise as Atlético Ottawa, while also unveiling the club’s first head coach.

“This for me is a momentous day, one that I’ll never forget,” Clanachan told the crowd. “We wouldn’t be a truly Canadian league unless we had a team here in Ottawa… I can’t think of anything else to say but thank you to Atletico Madrid. Ottawa has won the lottery today.”

Asked why Atlético Madrid decided to invest in a club in Canada, Gil Marin simply answered: “Because your country is amazing.”

Earlier in the day, Mayor Watson officially declared Tuesday as Atlético Ottawa Day during a ceremony at Ottawa City Hall.

Still to be determined is whether or not Ottawa will participate in the 2020 Canadian Championship, and if so, how the tournament will be restructured to accommodate the new CPL side.

The CPL’s arrival in Ottawa has been a long time coming, with Clanachan telling CanPL.ca in a 2018 interview that “in order for us to be a truly successful Canadian league, we need to be in our nation’s capital.”

Ottawa entering the league as the CPL’s eighth team means the league will have a balanced schedule during the 2020 season, which in turn means less arduous travel for the clubs, thus improving the product on the pitch.

But beyond that, going to the nation’s capital means the CPL will be in one of Canada’s biggest and most important media markets, not to mention the league will be bringing the sport back from the dead in the city after the Ottawa Fury ceased operations last November.

“We’re building off the legacy of the Fury, but we’re starting something very new… I hope we’ll see an Atletico experience with an Ottawa flavour,” Hunt said.

Bringing on Club Atlético de Madrid as an owner is a major coup for the CPL, considering the Spanish club’s rich history and its standing in the sport. To have one of the world’s most prestigious soccer brands involved raises the profile of the CPL and could help the league attract more high-profile owners in the future.

This marked the beginning of the modern era of the club, as it became a dominant force in Spanish soccer over the ensuing decades, winning a host of domestic, European and international honours. Among the silverware won by Club Atlético de Madrid: 10 La Liga championships, 10 Copa del Rey titles, three UEFA Europa League titles, three UEFA Super Cups, the UEFA Cup Winners’ Cup, and an Intercontinental Cup.

Club Atlético de Madrid was also a three-time finalist in the European Cup/UEFA Champions League, losing to Bayern Munich in 1974, and twice to bitter cross-town rivals Real Madrid in 2014 and 2016.

This isn’t the first time Club Atlético de Madrid has invested in a foreign soccer club. It previously co-owned the Indian Super League franchise Atlético de Kolkata, before ending its partnership with the ISL club in 2017.