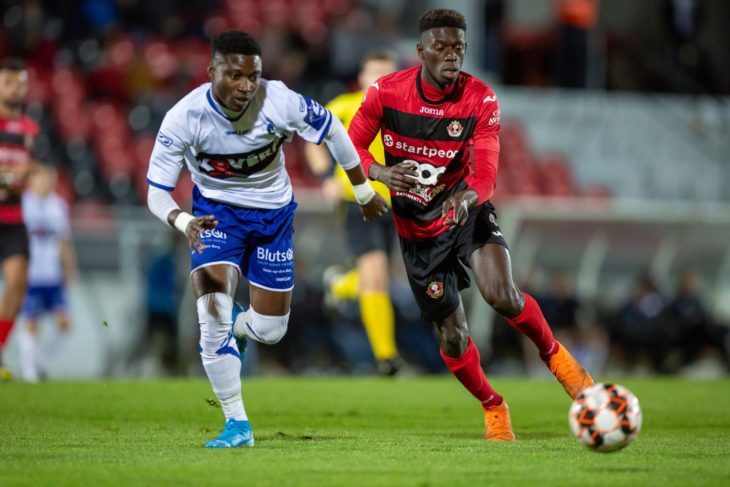 Ottawa, ON (March 31, 2020) – Midfielder Bernardinho from Ghana will be joining Atlético Ottawa for the 2020 season. The 23-year-old, known as an attacking midfielder, can also play as a winger.

The Ghanaian footballer began his youth career in Ghana with Afienya City, before being scouted by Godwin Attram, who recruited him to Attram de Visser Soccer Academy at the age of sixteen.

Bernardinho signed a three-year contract with Belgian First Division B side Westerlo in July 2017 and made his professional debut that August and scored his first goal for Westerlo in a Belgian Cup match.  He made a total of fourteen league appearances that season and two in the Belgian Cup.

“We are delighted to present Bernardinho as an Atlético Ottawa player,” said club CEO, Fernando Lopez.  “He is a powerful attacking winger that can play in both sidelines of the pitch. He is an athlete, physically very strong, consistent, fast, with good passing abilities, vision and solid dribbling skills. We are sure he will contribute to the team recovering balls, on the creation of plays, exploiting the offensive game and assisting and scoring goals”

The past two years the international has been on loan at Belgian clubs AS Verbroedering Geel and most recently with Koninklijke Sportkring Heist.

“I’m extremely excited about this opportunity with Atlético Ottawa,” said  Bernardinho. “I am looking forward to joining the club and playing at TD Place.”