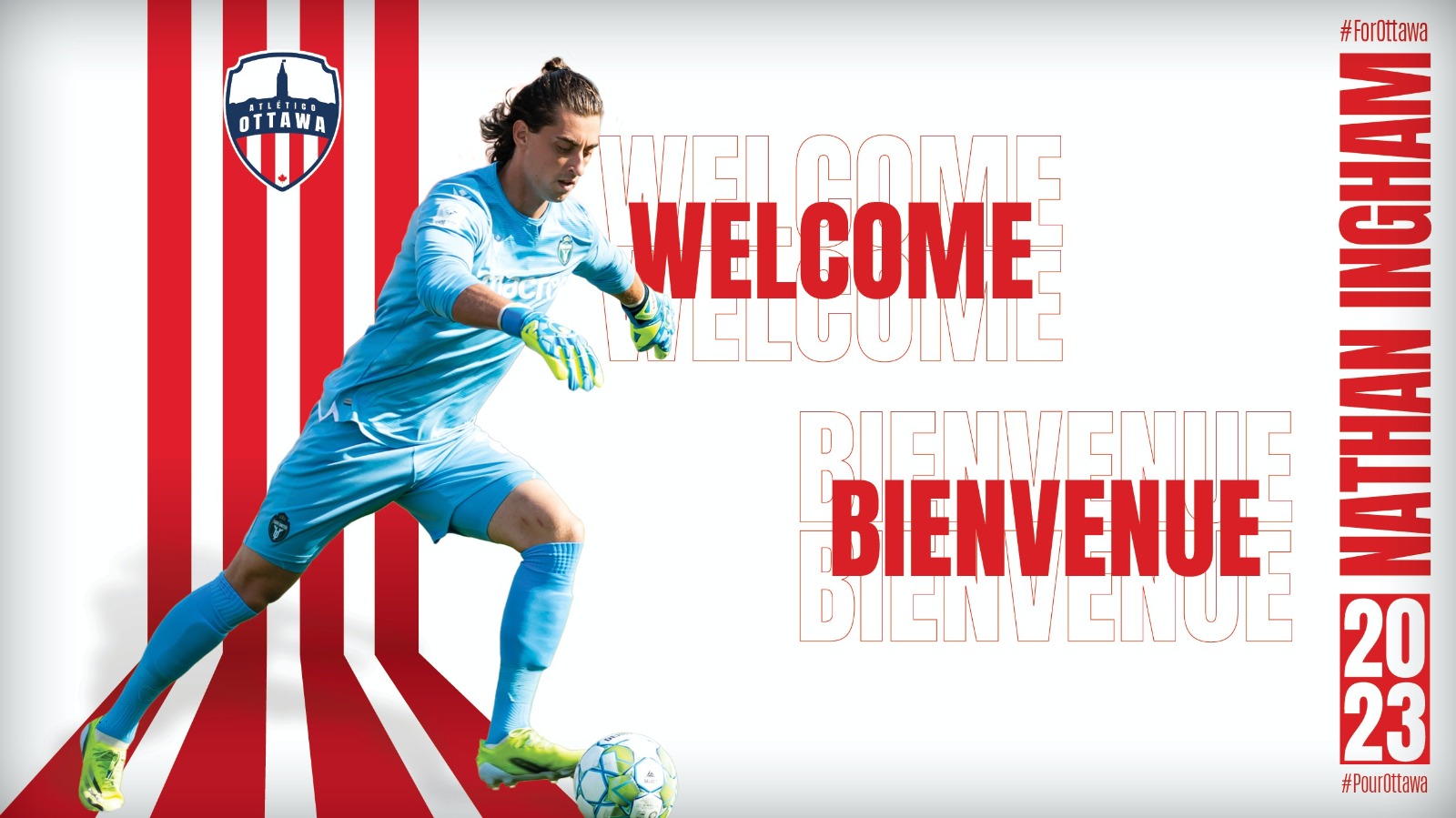 Next up on ATO Signing Day 2022, Atlético Ottawa announced its fourth of six new signings, one of CPL’s most known goalkeepers Nathan Ingham. Ingham joins Ottawa on a two-year contract after three seasons spent with York United.

The 28-year-old native of Keswick, ON, has featured in 62 matches across competitions, with a total of 17 clean sheets. He was shortlisted for the CPL’s Golden Glove award for best goalkeeper in 2019 and has stood guard for his side for over 1,900 minutes during the 2021 season.

“We are thrilled to have Nathan join our club. We consider him one, if not the best pure shot stopper in the league,” offered Atlético Ottawa’s CEO Fernando López. “He plays aggressively for each and every ball and shows great character, something we feel fits our club’s values and style very well.”

Before securing a day-one spot with his hometown CPL club, Ingham spent time in the USL with the Pittsburgh Riverhounds (2018) and in the defunct NASL with now CPL side FC Edmonton in 2016-2017. His time with FC Edmonton also included a short loan stint with Toronto FC II.

Before his professional career took off, Ingham attended the Florida Gulf Coast University, where he featured in 63 matches for the Eagles, registering a program-record nine shutouts in 2012 and 2014, and earning the Atlantic Sun conference Goalkeeper of the Year title in his final year in 2015.

“Coming to Ottawa was an easy decision for me,” confirmed Ingham. “After my contract [with York United] expired, it was the first club I asked my agent to pursue and when they showed the same interest in me it didn’t take long to sort out the details. When I spoke to Fernando [López, CEO of Atlético Ottawa], it was clear that my goals and the goals of the club were the same.”

A three-sport athlete in high school, Ingham’s athletic abilities, experience, and knowledge of what it takes to strive in this Canadian league will play harmoniously with Atlético Ottawa’s quest for success.

“It’s also obvious to me that our fans are the best in the league,” added Ingham. “Both in numbers and passion and I want to give them a championship season. I don’t think I’ve ever been more excited to start a season!”

Nathan Ingham is the fourth of six new players announced to be joining Atlético Ottawa today. Defender MacDonald Ngwa Niba, midfielder Zakaria Bahous, midfield Ollie Bassett, and now goalkeeper Nathan Ingham are starting to round up nicely the 2022 roster, after a core of returning players was confirmed earlier this month. 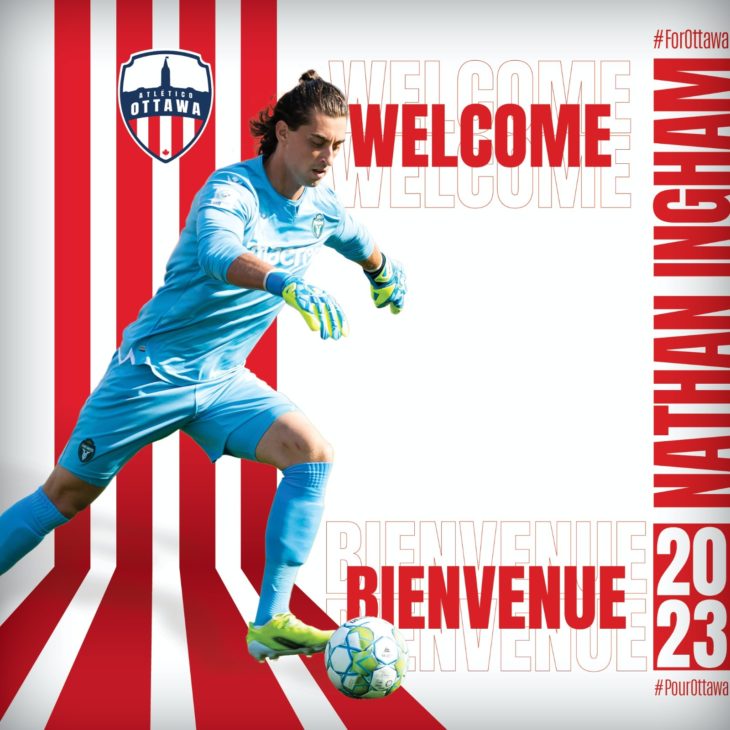