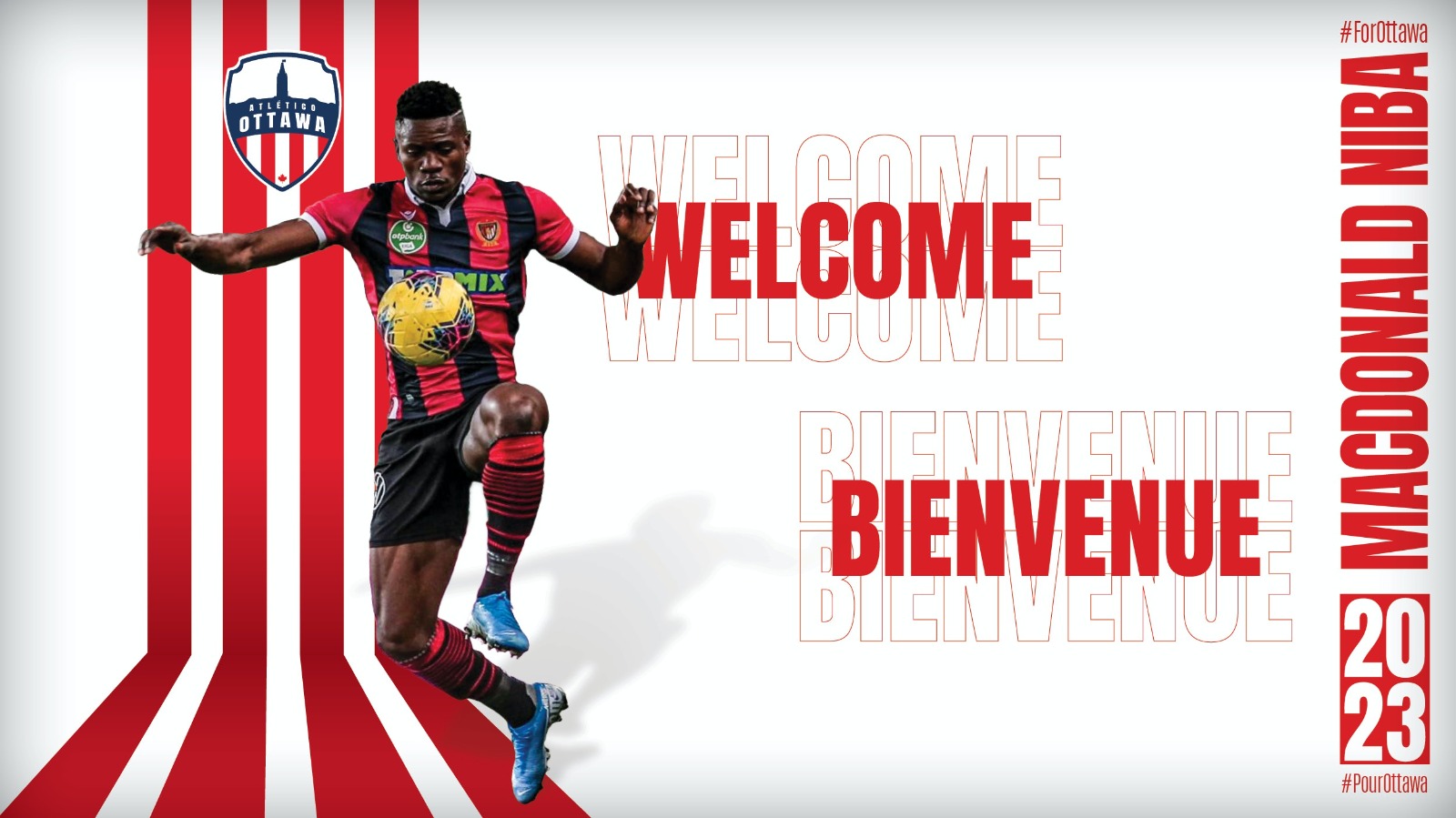 Atlético Ottawa announced on Wednesday the first of six new signings on its ATO Signing Day 2022, Cameroon-native centre-back MacDonald Ngwa Niba. A Canadian permanent resident, the defender signed a 2-year contract as a domestic player with the Nation’s Capital club.

After completing his studies at the University of Buea and playing a season with Cinyodev FC in his home country of Cameroon, Niba moved to Canada and joined the North Toronto Nitros of League1 Ontario for the 2016 season, during which he earned a spot on the All-Star team and the title of League1 Ontario Defender of the Year.

In 2017, Niba signed with the second-division Slovakian club FC Nitra. During his first four matches, he collected man of the match three times and Team of the Week honours for each appearance. He went on to make eight appearances that season, scoring two goals and helping the club earn promotion.

He spent 2019 and 2020 with Budapest Honvéd FC in Hungary and then Doxa Drama FC in Greece, before joining KuPS in the Finnish first-division on a one-year contract, helping his side win the 2021 Finnish Cup.

“It’s an honour to be a part of a world-class organization in the Nations Capital and am excited about the club’s plans for the future,” commented Niba. “I look forward to bringing my experience and leadership to the team; as a family, we can work together towards achieving the club’s objectives.”

The 27-year-old left-footed defender offers versatility and, standing at 6-feet-1, a physical presence in the back that will surely be put to good use by Atlético Ottawa.

“MacDonald is a player that anticipates and reads the game well,” commented Atlético Ottawa’s CEO Fernando López. “This makes him a threat in breaking down opponents’ attacks, something we’ve had trouble with in the past. He has also shown a great passing range. We’re excited to add him to our squad and see what he can do for us.”

“I’ve heard the Atlético Ottawa fans are amazing and I can’t wait to meet them all at TD Place,” added Niba. “I’m very much obsessed with winning, so I think we’ll get along just fine!”

MacDonald Ngwa Niba is the first of six new athlete signings announced today by Atlético Ottawa. Niba joins a core group of returning players that were confirmed earlier this month. 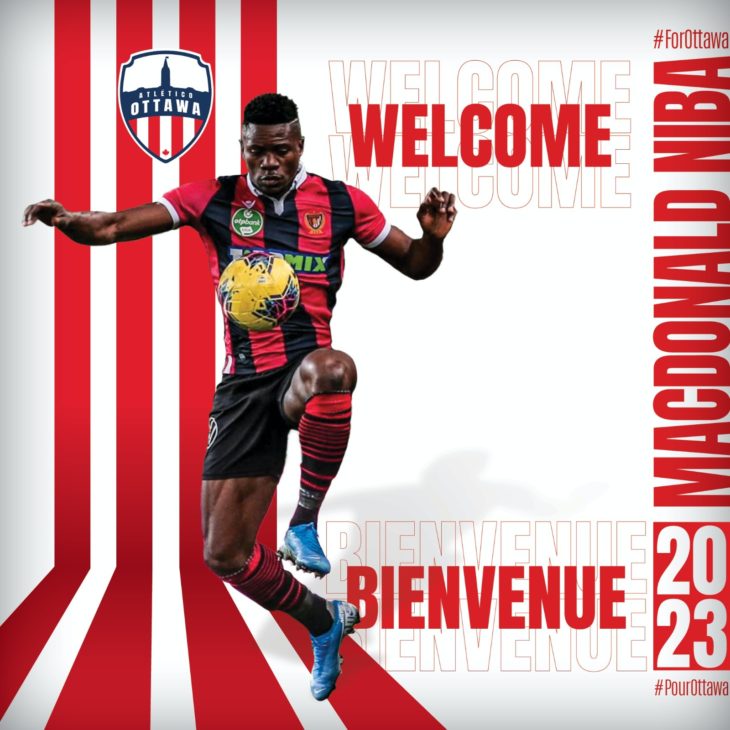