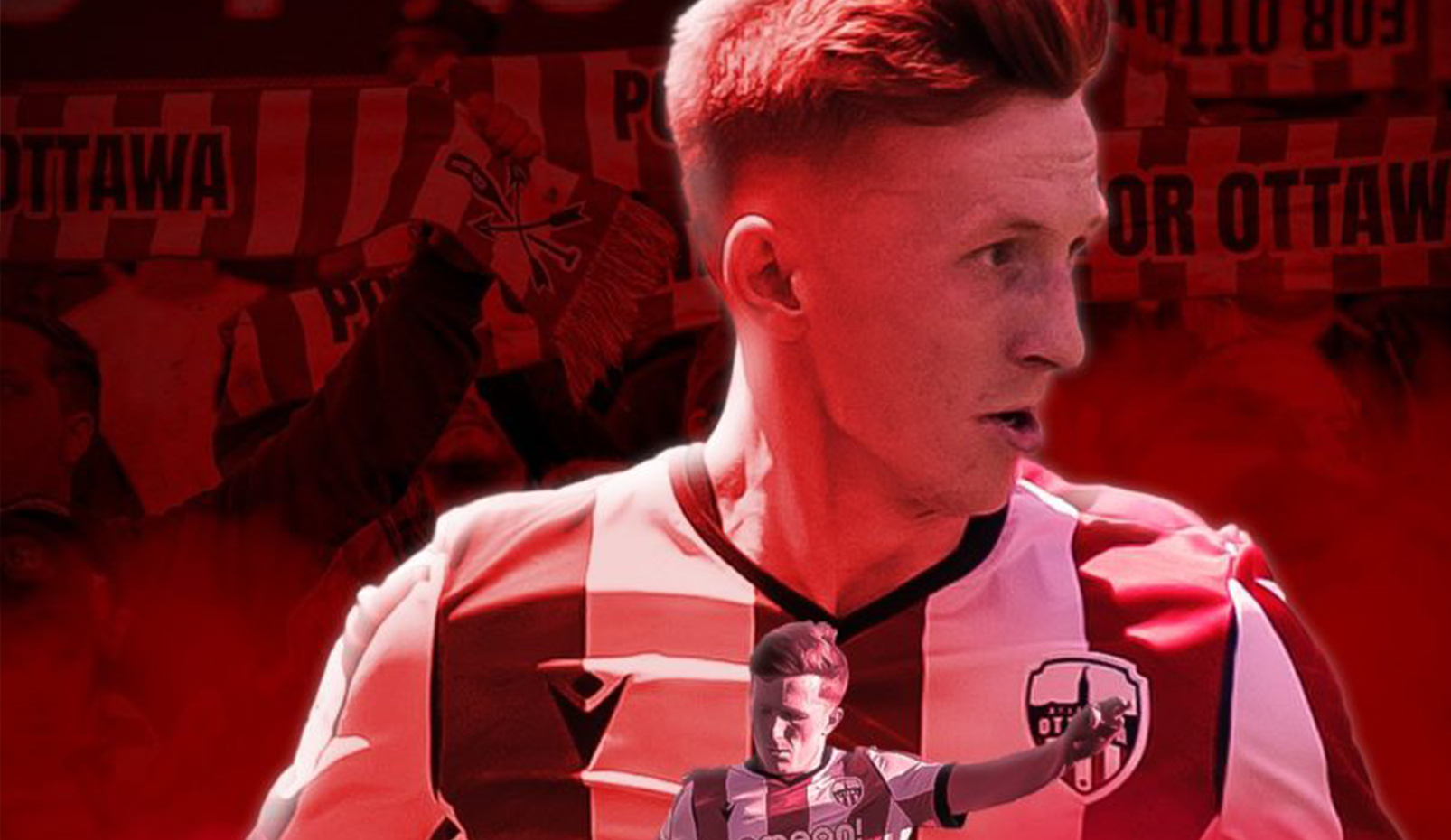 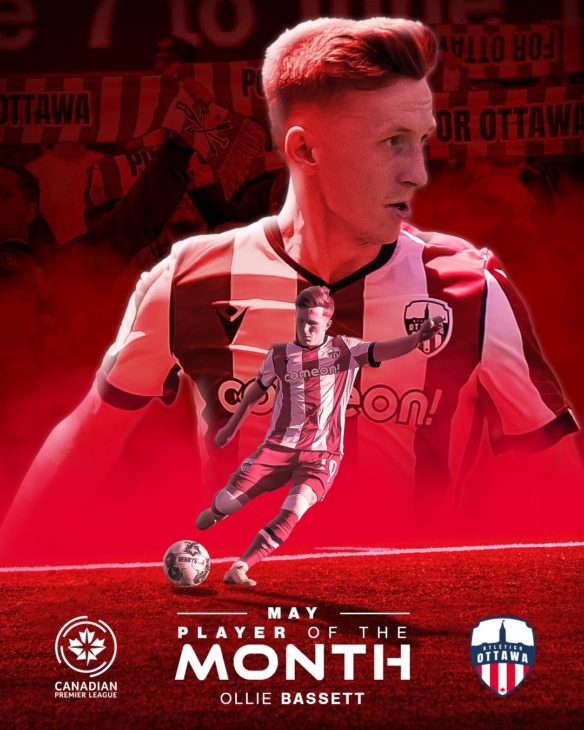 Capping off an incredible start to the season, Atlético Ottawa midfielder Ollie Bassett has been named the CPL’s Player of the Month for May 2022.

Bassett played three CPL matches in May, scoring in two of them — a gorgeous finish against Forge FC and a penalty against FC Edmonton — and he has been the driving force in midfield behind Ottawa’s recent run up the CPL table. The English-born Northern Ireland international has settled into a deeper central role under Carlos González than the spot he played last year for Pacific FC, and he has thrived, currently leading his team with 794 minutes played.

Related: Why Ollie Bassett has flourished in the Atlético Ottawa midfield

The 24-year-old’s goal against Forge will stand out as a key highlight from his incredible start to the season, but aside from that Bassett has been a remarkable workhorse in midfield for Atlético Ottawa with his ability to advance the ball and create attacking opportunities.

GOAL 🏠@atletiOttawa open the scoring as Ollie Bassett scores a beautiful goal to give his team a 1-0 lead over @ForgeFCHamilton
#CanPL | 🔴 https://t.co/7JFAUhgjL6 pic.twitter.com/WGPGxf8i1K

Bassett is the second recipient of this honour for the 2022 CPL season, following Pacific FC winger Marco Bustos who won the nod for April.