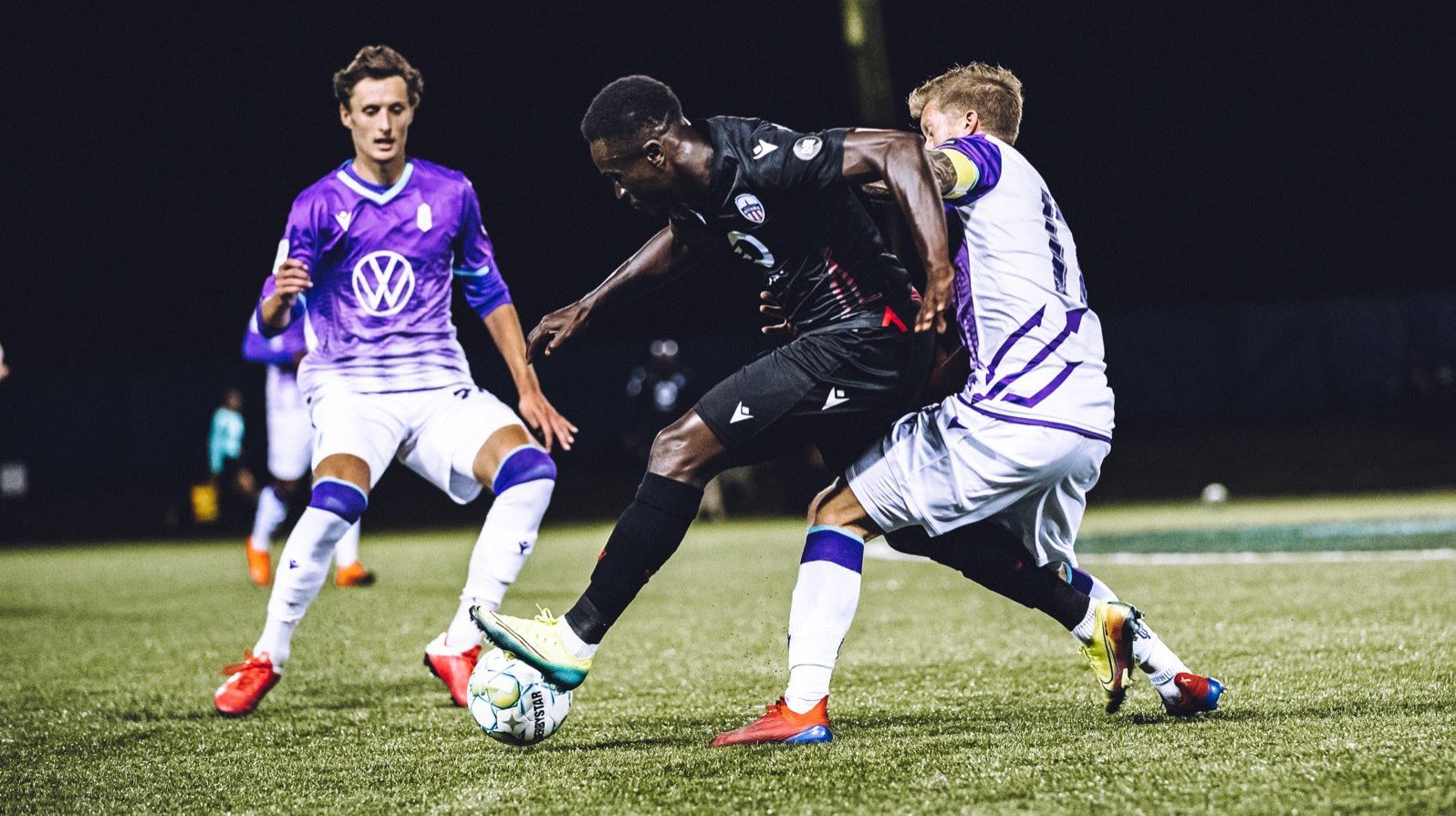 The expansion side, formed only in February, is a very real contender for a top-four spot at The Island Games after a dramatic late-winner from Viti Martinez sunk Pacific FC 1-0 on Wednesday night.

It’s not at all a stretch to say that this result, courtesy of Martinez’s mad-scramble finish inside the box, is the biggest win in Ottawa’s short history.

Atlético (fifth in the table) would have been officially eliminated with a loss, while Pacific (sixth) could have gone joint-top in the CPL standings with a victory.

“We’re very happy,” Ottawa coach Mista said after the game. “We’ve suffered a lot. The past six months have been tough for us.”

Ottawa played in a low block, sporting a hybrid 4-4-2 formation with Malcolm Shaw leading the line. Ottawa soaked up Pacific’s pressure and eyed chances on the break.

“The first half our plan was executed to perfection,” Mista said. “We wanted to neutralize their extremely good players on the wing and they usually dent to play outside so we wanted to press on those outside angles and force them inside and win those duels inside.

“With a bit of madness, and both teams were pushing ahead to win, we were able to get the result.”

The end-to-end play on the night was a sight to behold. At one end, goalkeeper Nacho Zabal pulled out a brilliant toe-poke stop to keep Ottawa alive. Moments later, prior to Martinez’s goal, Mo Kourouma was denied by Pacific’s Irving Callum.

“That chance was stopped earlier (and) you’re looking at the clock thinkin’ ‘oh man, we’re not gonna have enough time’,” Ottawa fullback Malyk Hamilton said. “We just went for it, pushed forward, and it worked.”

Nine of their 10 goals conceded at The Island Games have come after the 60th minute, so Ottawa finally saw some late-game heroics go in its favour.

With eight points from six matches, Atlético could put themselves in a third or fourth-placed tiebreaker scenario with a win over HFX Wanderers FC on Sunday (12pm ET/1pm AT, OneSoccer).

“We have to transmit calmness to the team. We need to be level-headed,” Mista said. “Having four days between this game is the next is a plus.”

So, did Wednesday’s performance give Mista and Ottawa supporters faith a top-four finish is possible?

“They know what’s at stake – they proved it today,” Mista stated.