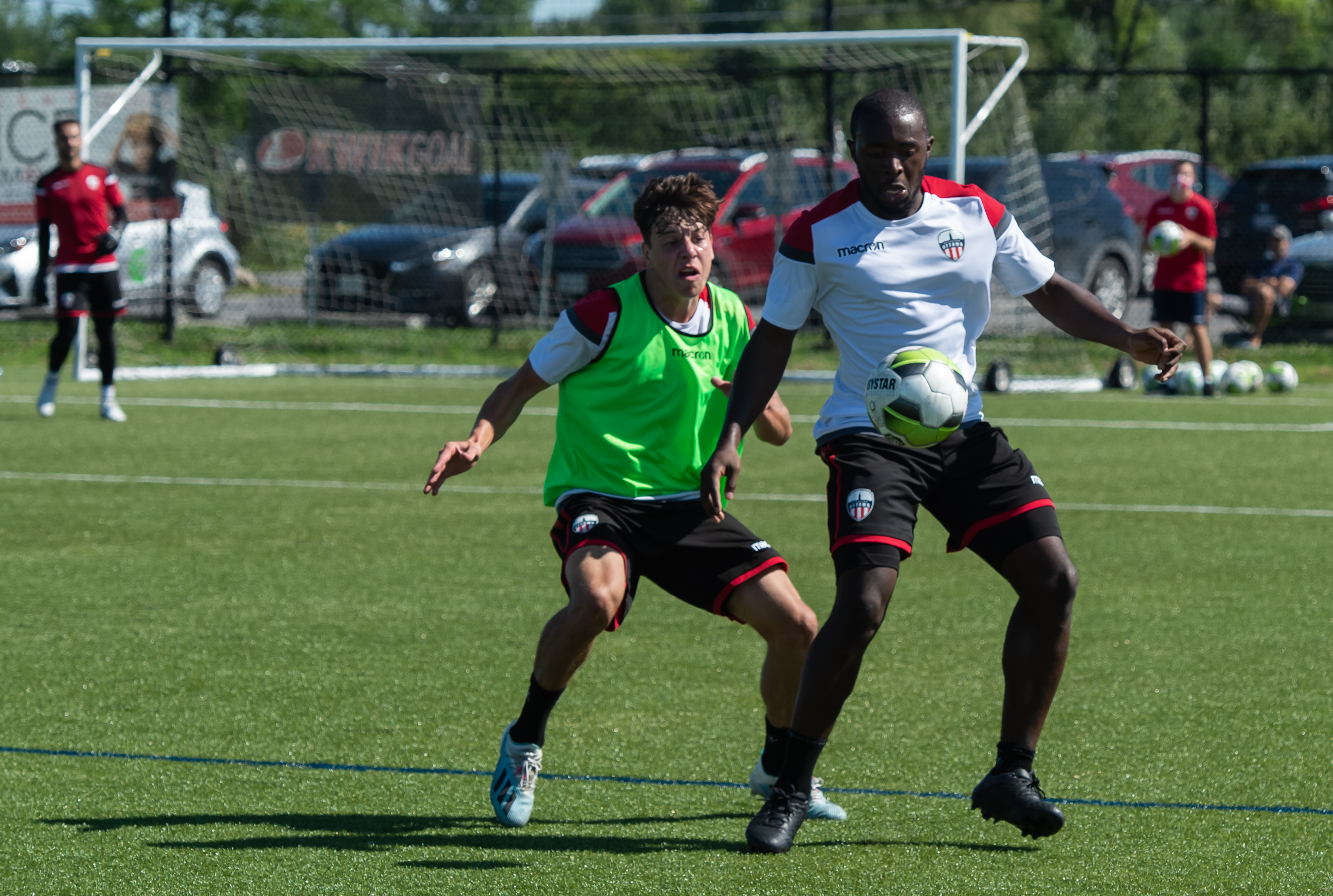 Ottawa, ON (August 10, 2020) – Atlético Ottawa adds six players today as Coach Mista looks to build overall squad depth ahead of The Island Games . With the recent arrivals of forwards Mohamed Kourouma, Maksym Kowal, midfielder Ben McKendry, defenders Jarred Phillips, Milovan Kapor, and goalkeeper Horace Sobze Zemo, the squad now sits at 23 players. These players have been training with the club for some time and were following the Canadian Premier League’s health and safety self-isolation protocols with their teammates prior to departing for The Island Games in Charlottetown, Prince Edward Island on August 8.

Kourouma joins from fellow Canadian Premier League side HFX Wanderers after appearing in 26 games for the club scoring one and assisting three. The 29 year old is more suited to being a Left Winger but can also play deeper on the left side of the midfield.

McKendry, scored once in nine appearances last season for Nyköpings BIS of the Swedish third division. The 27 year old is a Canadian international, appearing four times for the Canadian Men’s National Team set up, including one senior appearance. He has scored at both the U-20 and U-23 level but is yet to find the back of the net at the senior level.

Phillips joins from League1 Ontario side Vaughan Azzurri where he appeared nine times, helping his team to three of the Azzurri’s seven clean sheets during the 2019 season. The 25 year old fullback has been a big part of two League1 championship teams in 2016 and 2018 featuring 62 times for the Azzurris since 2016.

Kapor, 29, joins the club from Uzbek Super League side FK Buxoro. The Toronto, Ontario native made three appearances last year in central defence but can also play in defensive midfield.

“We are excited to announce the addition of all six of these players, as we now have a full roster for The Island Games, which we believe will provide us with much needed depth in such a competitive environment,” said Fernando Lopez, CEO Atlético Ottawa.

Atlético Ottawa is the Canadian Premier League’s 8th Club who joined the league in 2020 and will play their inaugural matches in August at The Island Games in Charlottetown, Prince Edward Island. Learn more about how you can support the Club and its exclusive membership program The Collective here. Follow @AtletiOttawa on Facebook, Instagram, and Twitter.