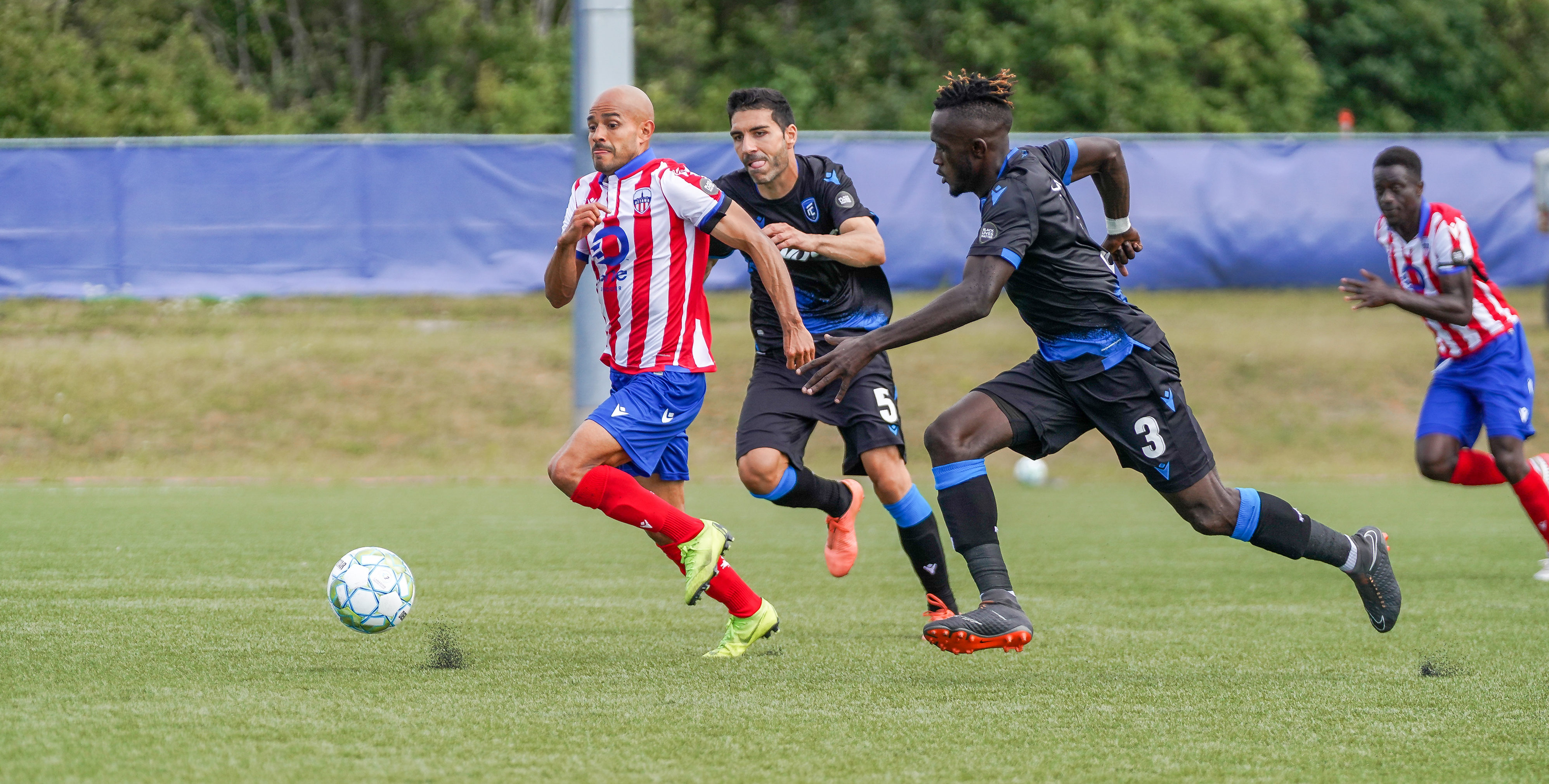 All season long, CanPL.ca reviewed key performers from each Canadian Premier League match, giving due credit to players who impressed over 90 minutes. Now, we offer this one last look at standout performers for Atlético Ottawa to bring a close to an exciting second (or, in Ottawa’s case, first) CPL campaign.

Atlético Ottawa got off the mark in the Canadian Premier League in 2020, putting together a competitive squad on short notice for the club’s maiden voyage.

Buoyed by a combination of youngsters hungry to prove themselves, veterans looking for a rejuvenation, and at least one magical international, the inaugural Ottawa team made more noise at The Island Games than anyone might’ve expected, with stunning wins over Cavalry FC and Pacific FC. Although they landed seventh in the CPL standings, it’s hard to be too down on this club, who overcame some serious adversity to compete in 2020.

A host of players deserve credit for strong showings in PEI — from captain Ben Fisk, to striker Malcolm Shaw, to young Malyk Hamilton — but this trio stood above the rest for the memorable moments they created in Atlético’s first CPL campaign.

Acuña came to the CPL with no shortage of hype surrounding him; a 32-year-old veteran, he’s had a long career in Liga MX, playing for some of the best teams in Mexico (and, by extension, the whole continent), and thus was touted as a possible top player in the CPL.

That’s a lot to live up to. Thankfully, Acuña did just that in his seven games for Ottawa. He had two goals and two assists in the first round, but his contributions went much further than that; the dynamic Mexican no. 10 was all over the pitch, picking out dangerous passes and beating defenders one-on-one as well as almost anybody in the league.

When he arrived in the CPL, Acuña told CanPL.ca that he had a lot left to give at his age, suggesting that he could provide a little veteran savvy to a fairly young, inexperienced team. It looks like he was right.

Acuña will also go down in the record books, having scored the fastest goal in CPL history 22 seconds into Ottawa’s contest with FC Edmonton. Although he couldn’t quite get them over the hump into the second round, Acuña delivered on his promise and then some.

Not much was known about Nacho Zabal prior to the Island Games. In fact, many expected veteran Canadian ‘keeper Ricky Gomes to start between the sticks for Atlético Ottawa. Instead, the 33-year-old Spaniard got the nod, and he was as solid as you could ask for.

He made more saves than any other goalkeeper in the CPL (beating second-place Triston Henry despite three fewer games played), and he performed exceptionally well with the ball on the ground as well, nailing more long passes than all but one other ‘keeper.

Zabal deserves credit for helping keep Ottawa alive in their match against Pacific FC; just a few minutes before Atlético burst up the pitch for a flurry of chances and the eventual game-winner, it was Zabal who bravely challenged Noah Verhoeven at the top of his box and made a critical kick save.

Zabal was certainly the busiest shot-stopper in the first round of the Island Games, with Ottawa surrendering a lot of shots, but he stood tall on many occasions. Atlético might not have been alive on their final matchday had it not been for a few very timely stops from their goalkeeper.

What they said: “Bringing Nacho to Ottawa as an Atlético player, is one more demonstration of our club’s commitment to bringing high-quality players to this amazing city and to continue with our desire of building a competitive team in the CPL.” – Fernando López, Atlético Ottawa CEO

On its own, scoring the first goal in club history would earn consideration for this list. A handful of Atlético Ottawa players deserved mention, though, so it was Kourouma’s body of work as a whole in 2020 that got him here. The 30-year-old attacker signed with Ottawa in July as one of their last-minute additions before the tournament, but he was already a known quantity in the CPL after a solid first season with HFX Wanderers.

Kourouma started all seven games for Atlético at the Island Games, and he led the side in a number of attacking statistics, including shots, duels won, and crosses, landing just slightly behind Acuña in key passes. He proved to be dangerous on the flank throughout the first round, with good pace and an ability to either find a teammate with a cross or cut into the box himself.

Plus, he’ll always be the answer to a trivia question, having scored the first goal in Atlético Ottawa history just before halftime against York9 FC.