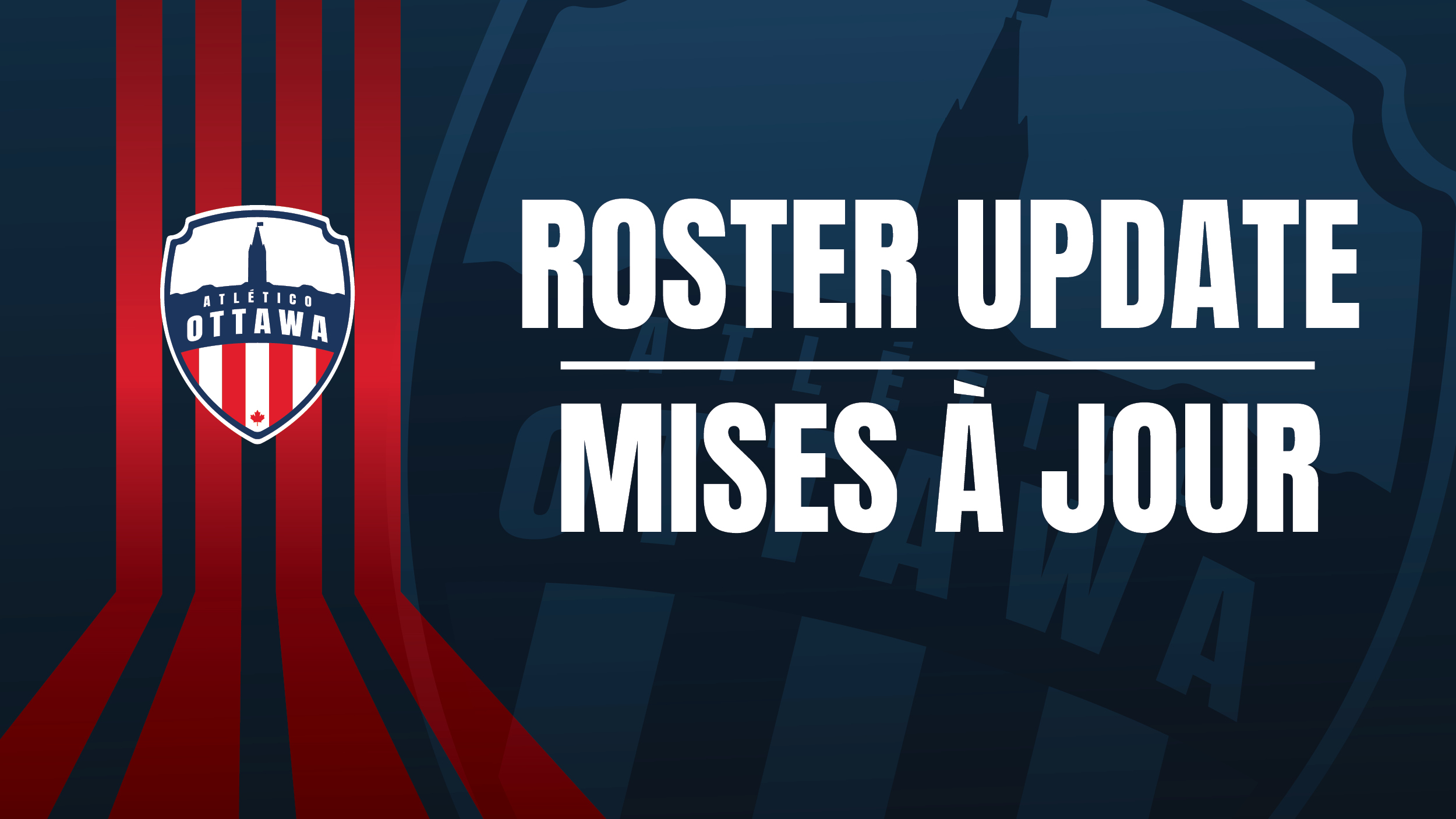 Ottawa, January 13, 2022 – With the past season well behind us and the new year ready for the taking, Atlético Ottawa is pleased to provide the first roster update ahead of the 2022 CPL season.

Atlético Ottawa will rely on a core group of returning players and a healthy mix of new signings to come to right the ship and lead the club to success in this new campaign.

Returning
Leader on and off the field, centre-back Drew Beckie will once again anchor the defensive line for the Ottléti, having one more year on his contract and an additional option year in 2023. Despite missing almost a month of 2021 action due to a now resolved health scare, Beckie quickly established himself as a reliable and trustworthy teammate through the challenging beginnings of this club.

Also already under contract for 2022 are forward Brian Wright (contract until 2022 + one year option in 2023), who caught fire after a slow start in the Winnipeg bubble to become the second-best goal scorer for Atlético Ottawa with 6 goals and 1 assist in 23 CPL appearances this season, and veteran midfielder Chris Mannella, who has a year left on his contract, has worked diligently this off season to be fully recovered from his injury and will look to renew with success and lead the club to new firsts.

With 25 years of professional soccer experience between the three of them, Beckie, Wright, and Mannella form a solid foundation for a new Head Coach looking to build a cohesive and competitive team.

Extended
A few fan-favourites owed themselves contract extensions thanks to productive seasons and stellar work ethic.

The club’s leading scorer Malcolm Shaw will get a second kick of the can with his partner in crime, Brian Wright, as he returns to Atlético Ottawa with a two-year contract extension (with an option for 2024) in his back pocket. His resilience – he also earned the most league game appearances for Atlético this season with 28 – and ten goals bode well for the attacking future of the red and white.

Defender Zach Verhoven also earned his stripes this past season as an understated yet dependable supporting actor, accumulating five assists and 43 tackles won in 25 league games played. He too will settle back in Ottawa for two more years, with an option for the 2024 season.

Atlético Ottawa fans will also get the opportunity to get to know the Spaniard Miguel Acosta better, who also signs a contract extension worth two years with a potential option for 2024. If he was tentative in his use of the English language, his feet and dedication did all the talking on the pitch. He was Ottawa’s most used player with 2,430 minutes played in the regular season, and a key asset on the wings of the backline throughout the season.

Ottawa will also count on the return of one of its original members with Ben McKendry securing a contract extension worth one more year. The Vancouver-native has been an instrumental cog in the midfield since the early days of Atlético Ottawa, easily surpassing all his teammates in the number of passes completed over the season with 1,197.

Atlético Ottawa is committed to continuing providing opportunities for young players from local minor soccer clubs part of the Powered by Atlético Ottawa Program, in a collaborative effort to build a path to professional soccer for athletes in our community.

Discussions remain ongoing with several other players that were with the club in 2021, new talented Canadian and international players and clubs connected to the Atlético de Madrid group, like Atlético San Luis and Famaliçao FC, with the sole objective to build a competitive Ottawa team for years to come.

Further roster updates will be made, including new player signings, following the appointment of a new Head Coach and technical team, with an announcement expected in the coming week.