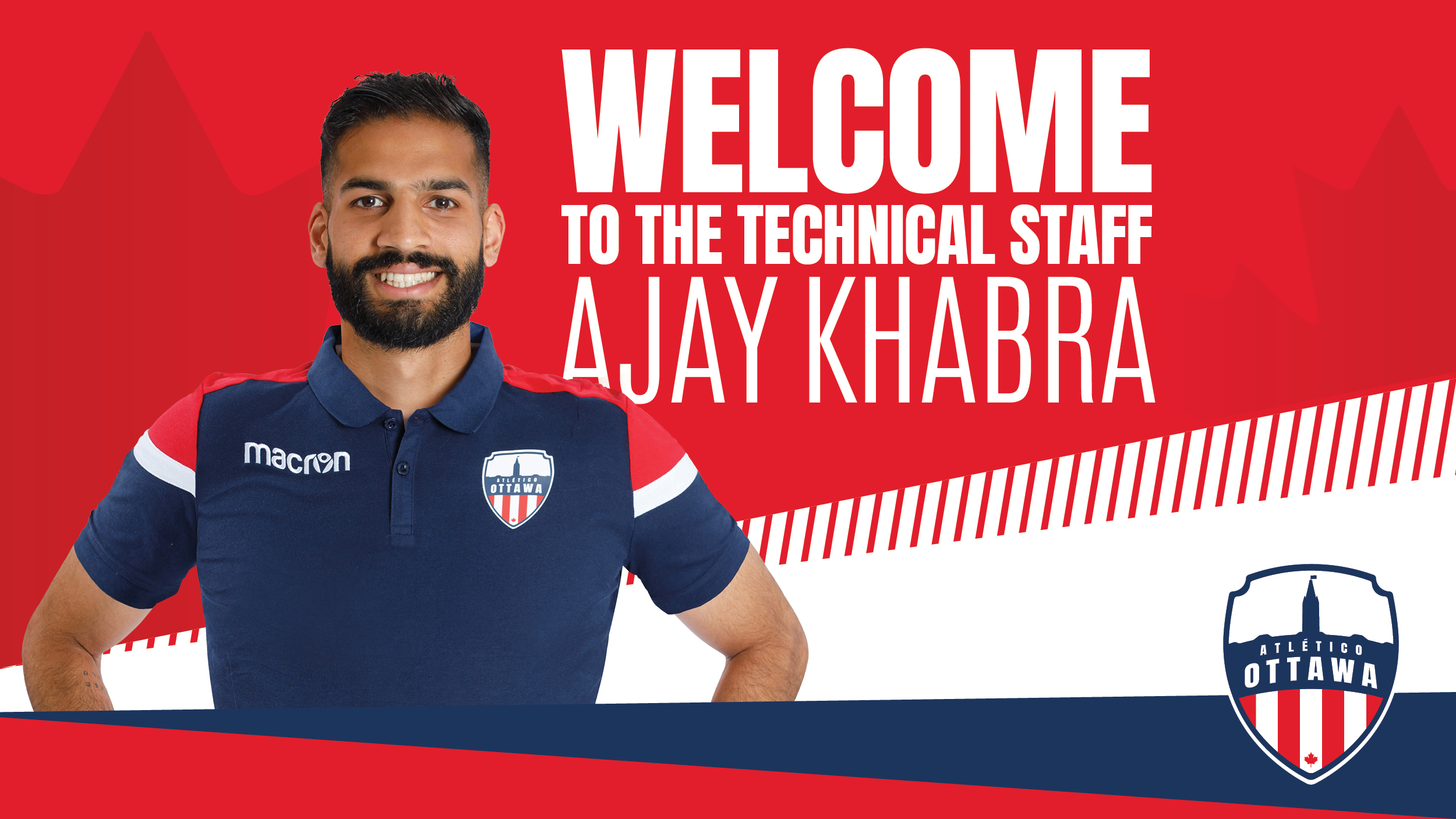 The 25-year-old joins the club technical staff having recently announced his retirement from the Canadian Premier League.

Ajay joined Atlético Ottawa from FC Edmonton in 2020 for the inaugural season. He appeared in six out of seven matches, racking up 335 minutes at the Island Games. In 2019 he appeared in 24 matches with FC Edmonton.

Born in Edmonton, Alberta, Khabra is a product of the FC Edmonton Academy who played his youth football with Edmonton Juventus, winning a U-14 National Championship in 2009. He spent five seasons with the University of Alberta Golden Bears, winning a U SPORTS national title in 2016.

Khabra is a Faculty of Science graduate in biology and psychology. He was the winner of the President’s Trophy, which recognizes him as an outstanding athlete, leader and role model. An Academic All-Canadian student and was also awarded the Alberta Golden Bears’ Most Valuable Player.

Ajay will complete his coaching licence through the expanded National Teams Combined C/B Licence Coach Education Program through Canada Soccer. This program offers a pathway for Canadian Premier League players to earn a Canada Soccer B Licence in an expedited manner in recognition of their professional experience.

One of Atlético Ottawa’s mandate is to create a pathway for all the people involved in the organization. The goal is to provide opportunities for growth and development in their professional careers to retain their talents within the club.

The players are a very special collective, and we want to take care of them.

Atlético Ottawa believe the players represent and understand the philosophy of the club and the soccer community. Players are some of the best ambassadors a club can have to represent it in different roles like the technical staff, management, front office or medical services when their professional soccer career as a player is over.

Mista is the perfect example, as an Atlético de Madrid former player.

“Filling out our technical team with a person like Ajay is very important for the Club. He is a very intelligent person and has the valuable experience of being a player in the CPL. When he retired, we discussed with him what he was looking to do next, coaching came up. We knew that there might be an opportunity for him and luckily for all involved he accepted,” says Fernando Lopez, CEO, Atlético Ottawa.

“Ajay is the ideal person to join the technical team. He has known the club since the inception and been a strong member of our club. He knows our philosophy and he is one of the best people I have met in the soccer world. I am very happy to have him as a part of the technical team,” says Mista, Atlético Ottawa, Head Coach.

Along with some words from his teammates ⚽.#AtléticoOttawa #CanPL pic.twitter.com/Xq0WhQwuov

“I am ecstatic at the opportunity to re-join the Atlético Ottawa as an assistant coach! I look forward to assisting the players and staff to the best of my ability. We will look to build upon last season and achieve success for our fans,” says Ajay Khabra, Atlético Ottawa, Assistant Coach.